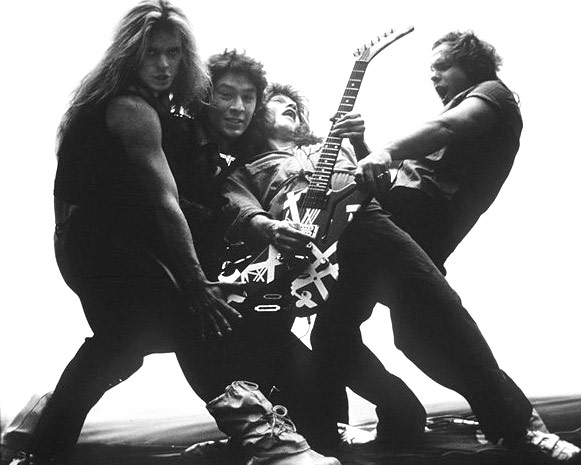 This was Van Halen’s 3rd studio release and they were now firmly atop the arena rock scene. Recorded in only 2 weeks, this record got lots of airplay, but take some time today to drop the needle on a couple of tracks. “Everybody Wants Some!!” is a fav here at KnuckleBonz. The intro shows off Eddie Van Halen’s effects wizardry and subtlety before the entire band comes in at 1:09 with the opening riff. No better way to kick off a weekend. Also too, check out a somewhat unheralded track  that starts off Side 2, “Tora Tora.” The EVH effects mastery is on display again but there is a ominous heaviness to this song that is a little “Un-Halen-like”. Eddie plays an imposing trill that Tony Iommi would be proud of.

By this time Eddie’s playing is getting  wide praise across the music industry with Rolling Stone making Hendrix comparisons. Thankfully they state that Eddie Van Halen “is no clone” which any Van Halen fans knows he was not. Rolling Stone had a bad habit of hating on bands all of us dug. Glad they got this one right.

Drop the needle on this classic this weekend.