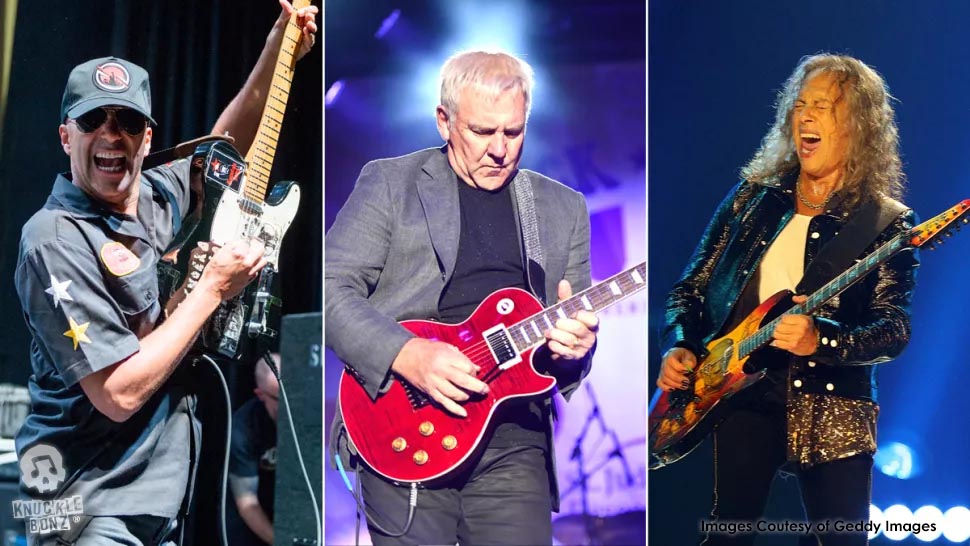 Tom Morello, of Rage Against the Machine fame, has a new solo record called The Atlas Underground Flood and one of the highlights has Morello trade licks with Alex Lifeson of Rush and Kirk Hammet of Metallica. It a great track with the signature tone and styles of player easily recognizable. Check out the video here on youtube I HAVE SEEN THE WAY

If you don’t have Sirius XM radio, find a way to catch his radio show that airs weekly on Ozzy’s Boneyard. Morello is a modern day guitar hero and founding member of the Mighty Rage Against the Machine, but he might be an even bigger music fan and admirer of all the great music that we dig here at KnuckleBonz. Here’s a link to check out Tom Morello Radio Comandante