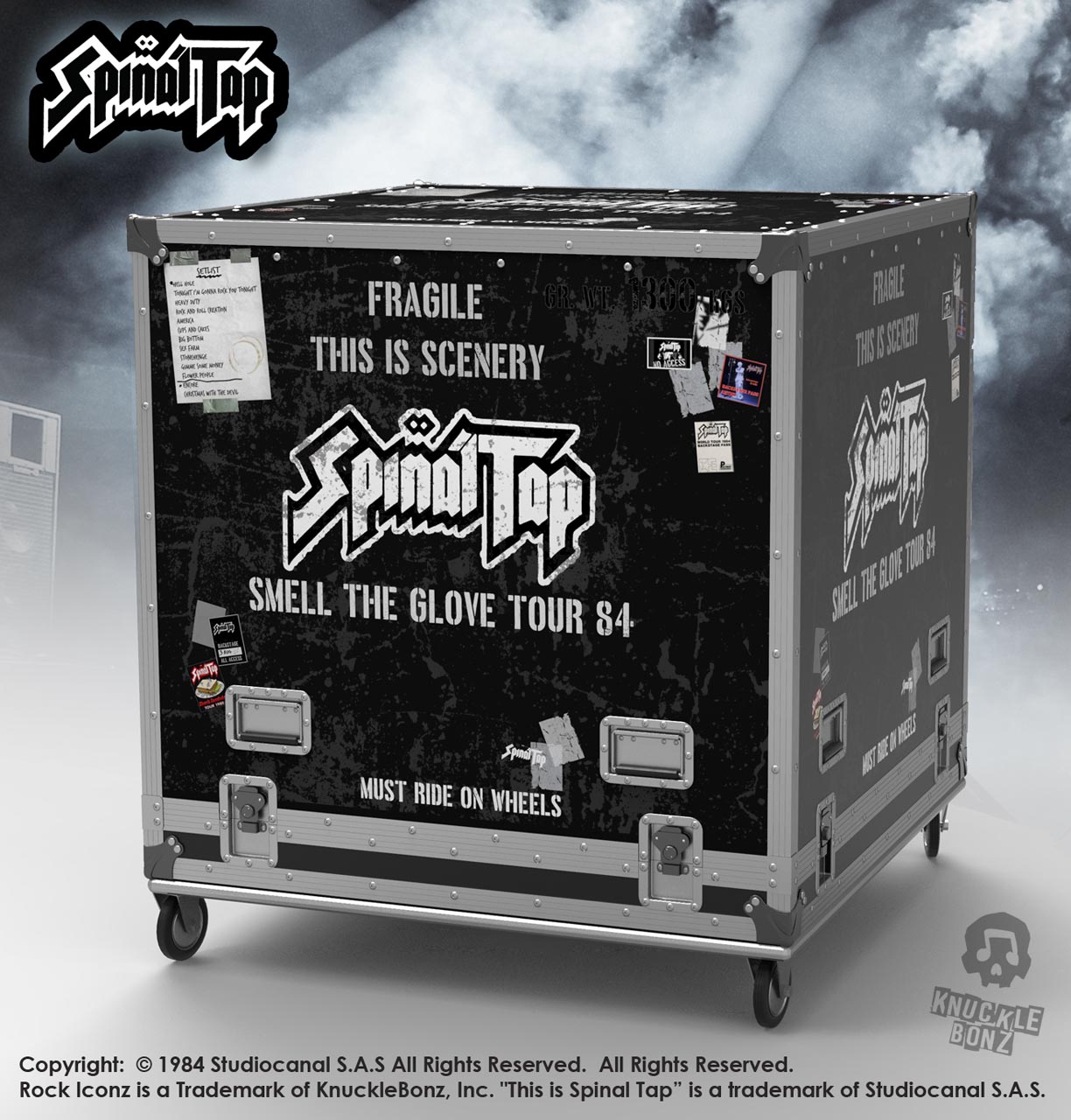 A heads up for the music super fan and collectors worldwide. “This is Spinal Tap” limited edition statues are now in design for our Rock Iconz Series at KnuckleBonz Studios for Davis St. Hubbins, Nigel Tufnell and Derek Smalls. No launch or pre-sales date yet, but sculpting and pre-production is going well. We can’t stop laughing and we hope to able to share work in progress soon. “It’s such a fine line between stupid and clever” after all.

The film that pioneered the “Mockumentary” genre has been something we have wanted to get to create for a long time. The vision and hard work to take Spinal Tap from an idea and what little was on the written page to the timeless pop culture and rock music classic is still mind-blowing to all of us here at KnuckleBonz.

Some fun facts about the film:

Spinal Tap creators Christopher Guest Harry, Michael McKean Harry Shearer and Rob Reiner where given $10K to write an initial script for the film, but instead opted to shoot a 20 minute film short to demonstrate the improv that would serve as the fuel for the film. Obviously, it worked and some of the demo actually made it into the theatrical release of the film.

Christopher Guest in interviews says there is really not a specific band or performer that drives any aspect of the film. However, there are numerous bands that admit to building stage props that could not fit into arenas…Black Sabbath is guilty as charged. This was the inspiration to for the tiny “Stonehenge” scenes.

The song “Big Bottom” has David, Nigel and Derek actually all on the bass guitar. Think Rhythm Bass, Lead Bass and Double Bass. The low-frequency is covered!

This is Spinal Tap is Ranked #1 on Entertainment Weekly’s “Top 50 Cult Films of All-Time”.

Liam of the band Oasis was reported to be “very distraught” when he was told that Spinal Tap is not a real band…weren’t we all?