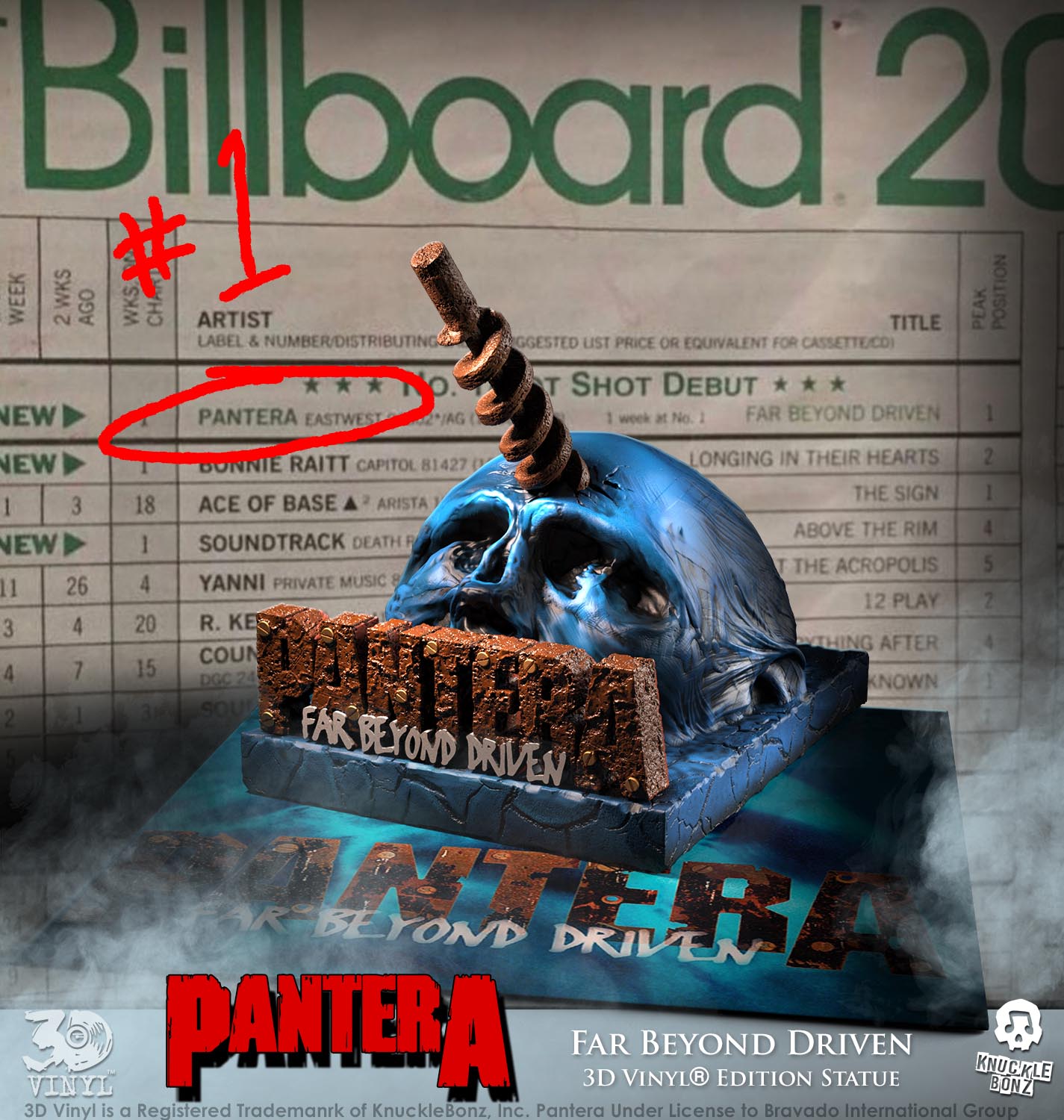 On this day 1994 Pantera released the album Far Beyond Driven and it soared to number # on the Billboard Top 200. Quite a accomplishment for any band, but this was industry shaking for the metal music genre and fandom. Phillip Anselmo, Dimebag Darrell , Vinnie Paul Abbott and Rex Brown were on the top of their game and credited for saving the metal scene. Now to be honest, we all know metal does not need saving actually and will NEVER die, but I think we all felt some pride surrounding this record.

We are well into shipping our KnuckleBonz Limited Edition statue for Pantera Far Beyond Driven. This addition to our 3D Vinyl Series saw the 1st production lot Sell Out almost immediately and we just landed some more inventory. Like all KnuckleBonz Collectibles, this is a limited edition. Not more than 1994 will be cast for Pantera Superfans and collectors worldwide. Order your here.