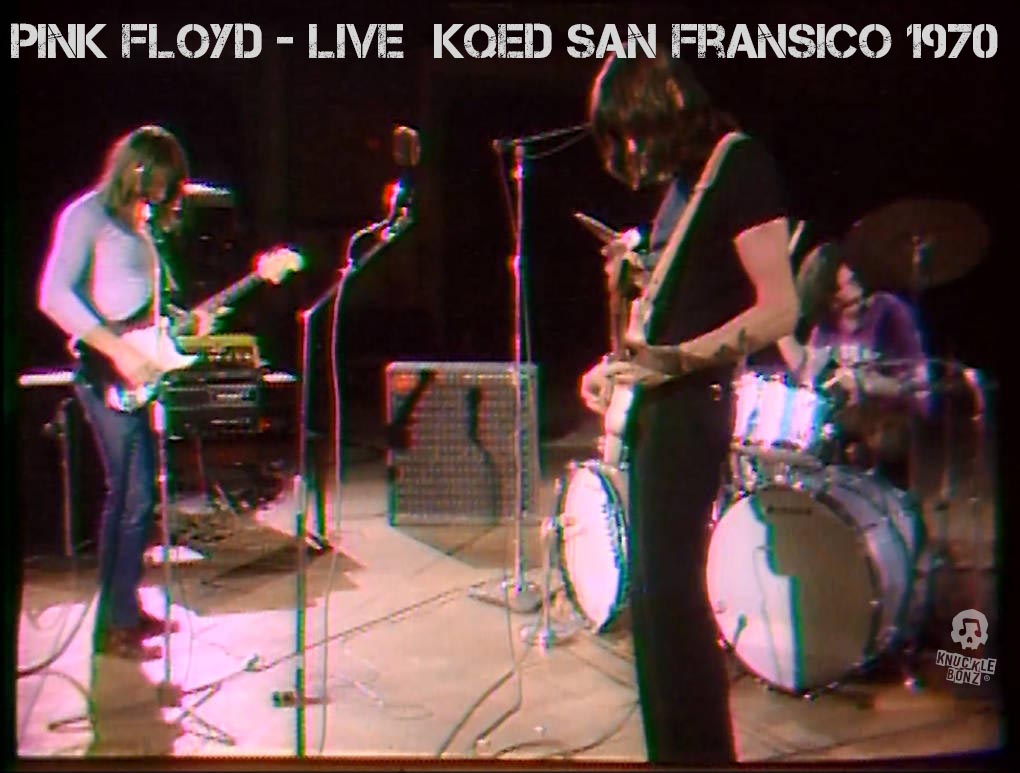 Not far from our San Francisco (East Bay) Studios, Pink Floyd performed a live set that was shot at PBS Station KQED. This was done just ahead of their performance at the Fillmore West the following eve in 1970. The KQED taping was eventually released as an “Official/Bootleg” DVD, but they station unearthed about 30 minutes of unseen footage some years ago that Floydian may not have seen, Astronomy Domine.  It’s interesting to note that at this point, the band has what will become the classic lineup in place with Davis Glimour now taking over for Syd Barret. However, they are still struggling to break thru with record sales in the USA. That begins to happen in 1971/1972 when touring in support of Meddle. On those dates, the band used the first set to debut a set of thematic songs know as “Eclipse.”  That of course was the incubation period for what would become Dark Side of the Moon that would be released in early 1973.