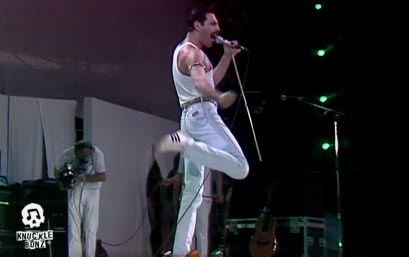 Queen was one of the few acts to put an real time into rehearsals for the Live Aid Concert at Wembley Stadium in London and it definitely showed. A recent post on the bands social media shared some clips of those rehearsals. Check it out here.

While there were many memorable Live Aid 85 performances in New York and London, fans and critics alike agree that the reunited Freddie Mercury, Brian May, Roger Taylor and John Deacon had no peer during the lobal live event. QUEEN’s blistering set opened with  an excerpt from Bohemian Rhapsody and Radio Ga GA before Freddie captured the Wembley crowd and the world with Ayyyy Ohhhh!. The band then delivered a masterful versions Hammer Fall, Crazy Little Thing Called Love, We Will Rock You before closing with the ultimate stadium anthem, We Are the Champions. What would it have been like to be there?

KnuckleBonz has completed design on a new Rock Iconz Ltd. Edition Statue set for QUEEN from the 1975 era and will rolling it out to QUEEN Superfans and collectors soon. Stay tuned here at to KnuckleBonz Official Social Media Sites for Updates. 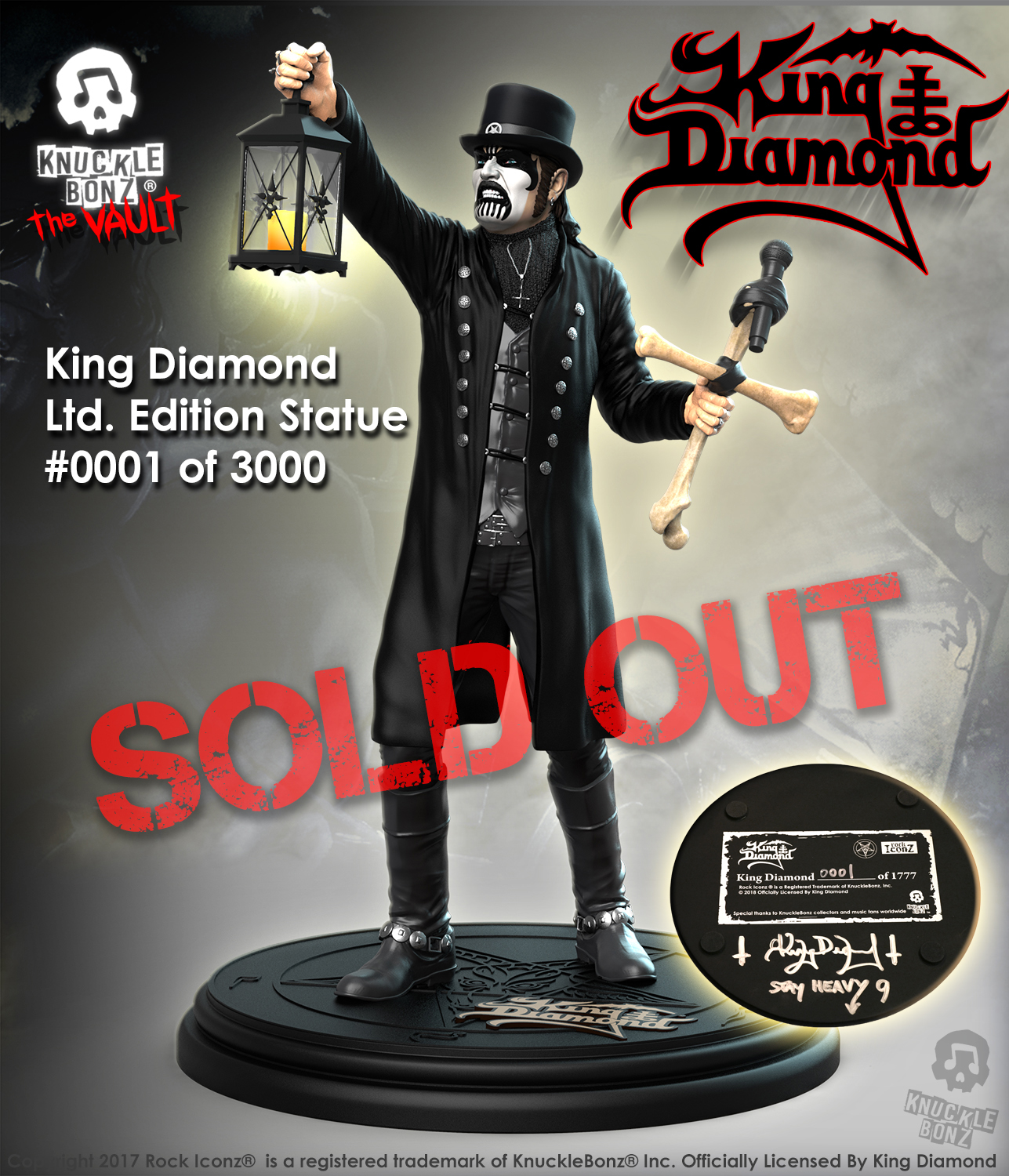 This offering is a RARE as it gets in the 19 year history of KnuckleBonz. Rare if only for the fact that this is a #0001 of a KnuckleBonz Ltd. Edition. Only a few #0001s have ever been sold….and this case, King Diamond also hand signed that base next to the COA. Amazing…

Check out the auction for #0001 of 3000, Signed King Diamond KnuckleBonz Ltd. Edition Here

We have been fortunate to work on a number of “Killer Kollectibles” with King Diamond and Mercyful Fate. Check all out HERE

Also visit the KnuckleBonz Vault here to see other Rare and SOLD OUT Products from KnuckleBonz.