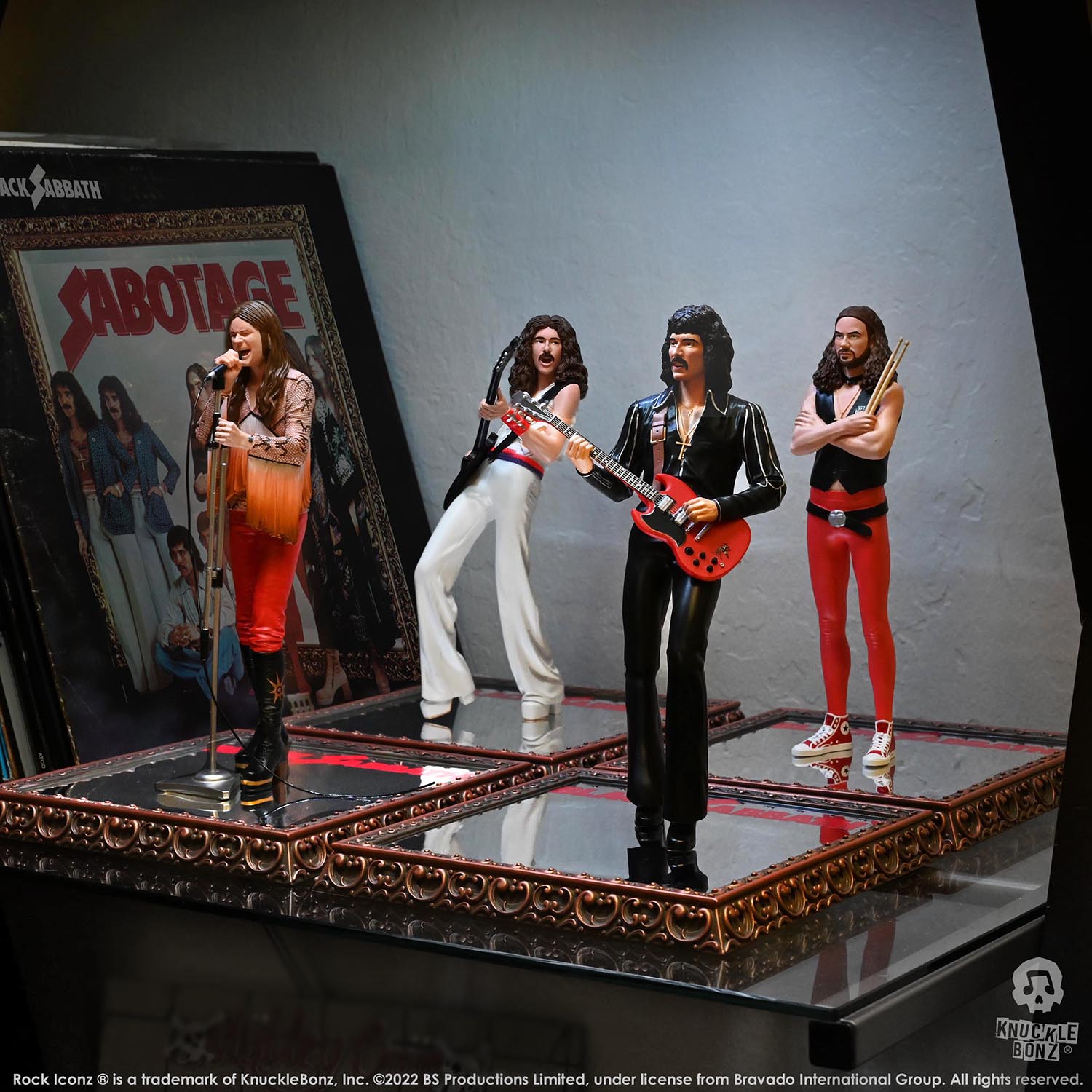 Such and exciting day here at KnuckleBonz as we roll out our Black Sabbath Rock Iconz Ltd. Edition Statue Set.  We have hand-cast and detailed the entire original band from circa 1975.

When we put the first castings of the Sabbath statues on our lighted stage for the promo video shoot last week, we all got chills. Looking thru the preview monitor if was like watching Black Sabbath live in 1975 on Don Kirshers’s Rock Concert. If you were there for that era of rock music, you had to tune in to  ABC “In Concert” or Don Kirshner’s “Rock Concert” for the chance to see anything live other than going to a show.

The entire original Black Sabbath lineup of Ozzy Osbourne, Tony Iommi, Geezer Butler and Bill Ward have all been hand cast and detailed in the KnuckleBonz Rock Iconz style. Each statue stands approximately 9 inches tall. All ship in their own color packing in early 2023.

“Due to the sheer magnitude and importance of Black Sabbath, these figures will only be sold together as a complete set.”