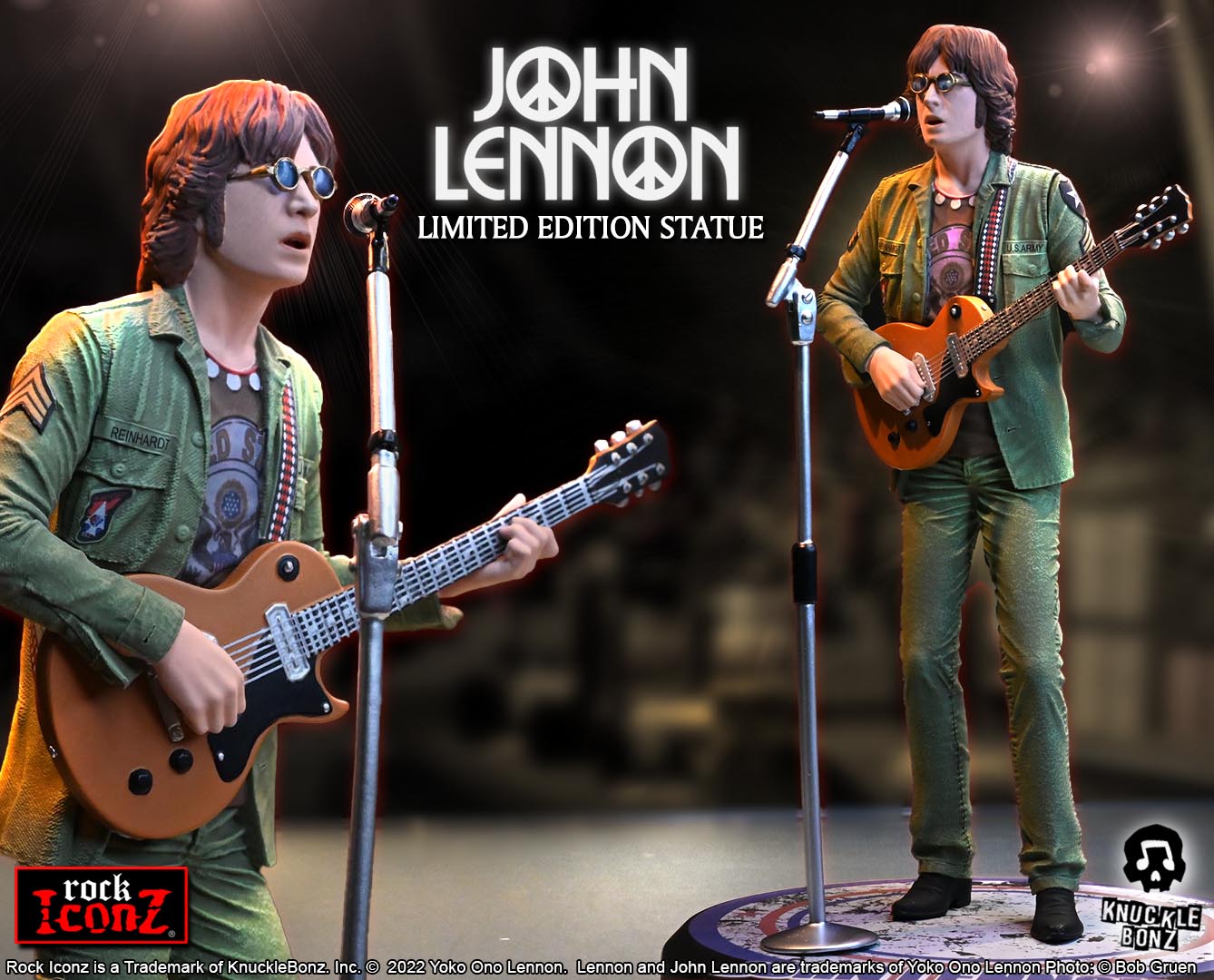 Excited to share the latest design for the KnuckleBonz® Rock Iconz® Statue Series, Live from Madison Square Garden 1972…John Lennon. The stage-ware in this design is very well known with the iconic military shirt top and blue tinted glasses. John had a few different versions of this he would ware on stage and even around the streets of New York in the early 70s. Lennon and Yoko Ono had moved to New York in 1971 as full-time residents.

John played 2 benefit shows in 1972 at the Garden that were release as a live LP and concert video in 1986 under the supervision of Yoko One.

Our limited edition statue design is at 1/9th scale,  8.5 inches tall, as it is with all in the series. This is officially licensed with the John Lennon Estate. Each statue ships with a hand numbered certificate of authenticity on the base. Not more than 3000 will be hand cast and detailed for John Lennon and Beatles fans worldwide.

*Power to the People

*Woman Is the Nigger of the World

*Born in a Prison

*Give Peace a Chance 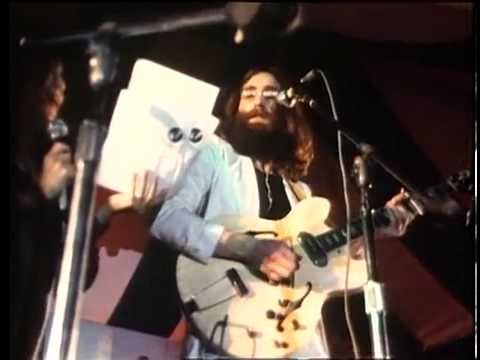