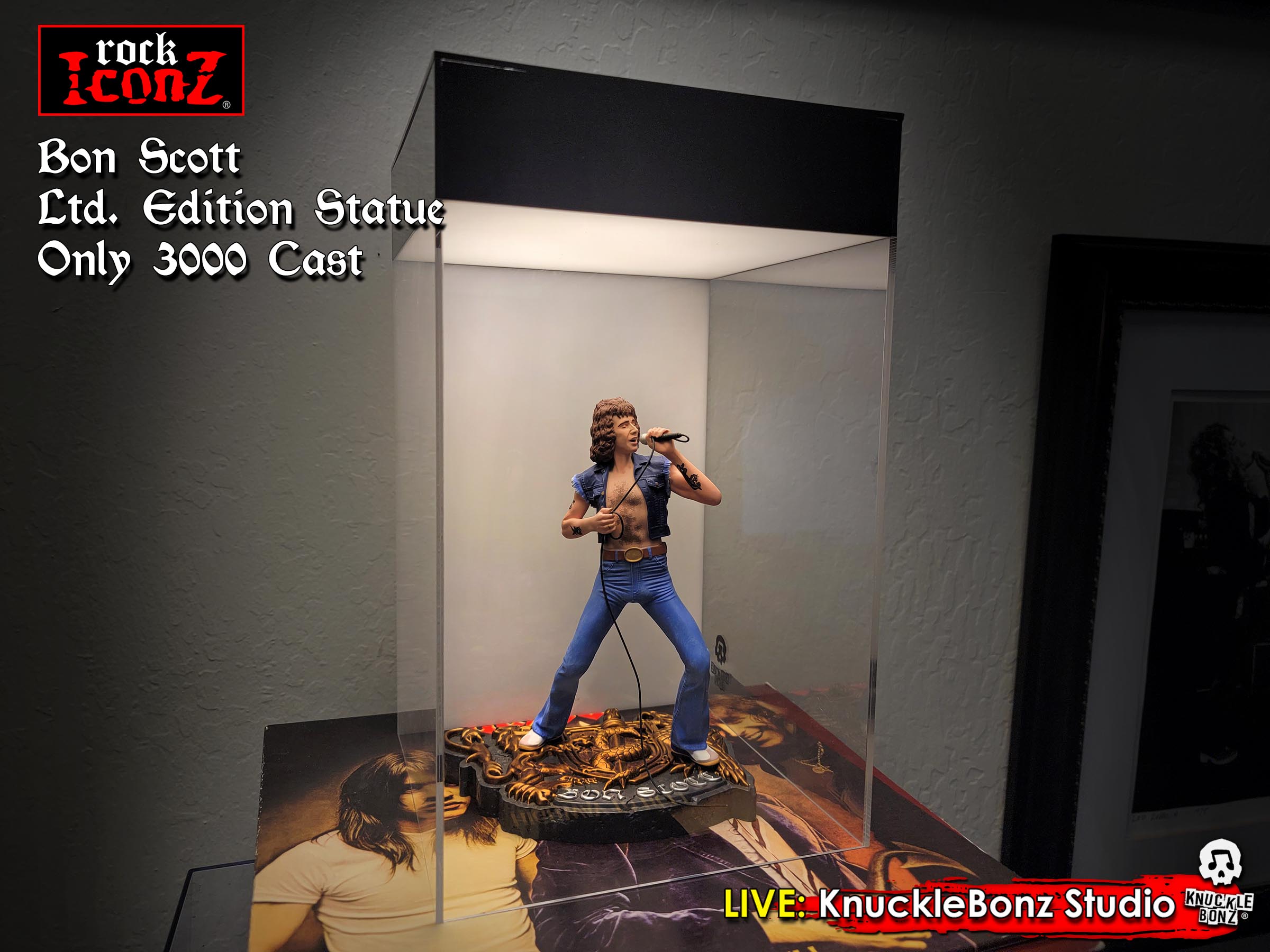 Thought we would share a nice shot of our Bon Scott Ltd. Edition Rock Iconz Statue in a typical display set up for Superfans worldwide. This is LIVE from the KnuckleBonz Studio in the San Francisco Bay Area.

Like all KnuckleBonz Collectibles, Bon Scott is a limited edition hand cast statue. Not more than 3000 will be created for AC/DC and Bon Superfans worldwide.