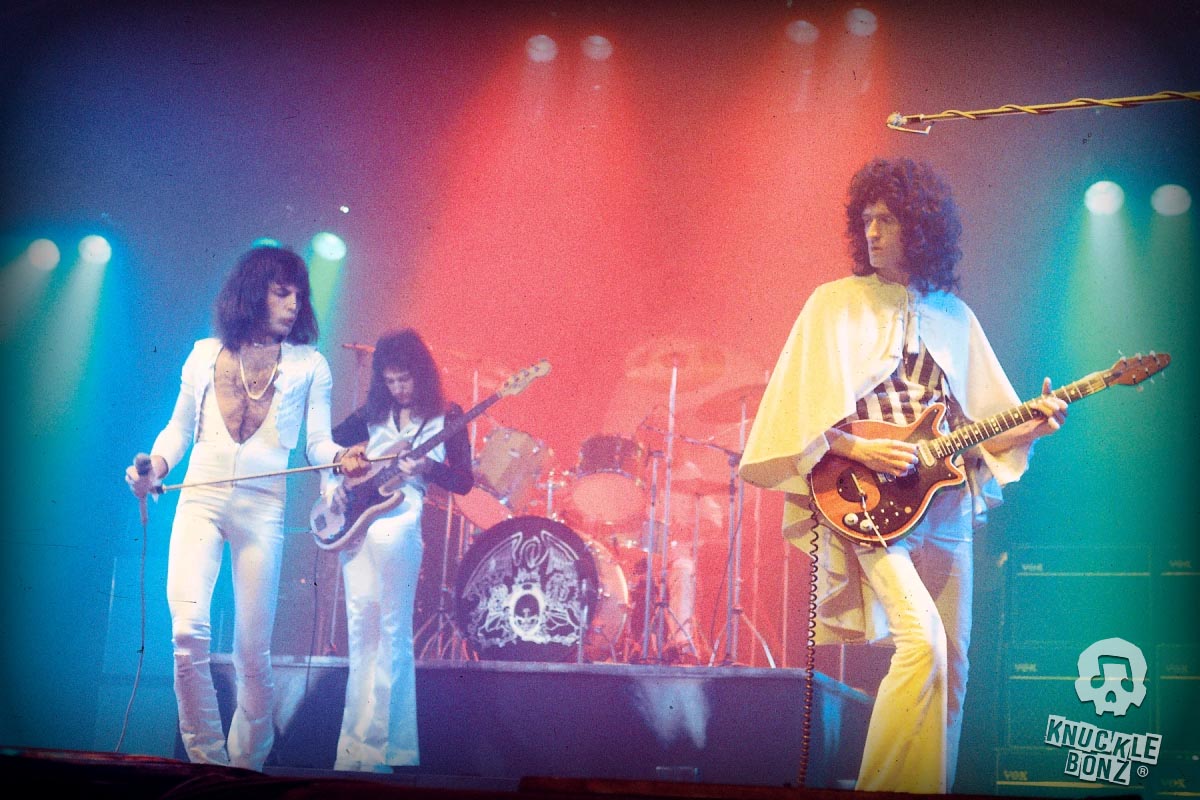 On December 24th, 1975 QUEEN recorded a live show at the legendary Hammersmith Odeon in London. The was not released until 2015 and it’s a must listen and see for any QUEEN fan. The set is of course amazing with the first 2 albums featured heavily, but what is really captivating this show is the “before and after” moment for the band. They had peaked at #12 on the US Charts with Sheer Hear Attack and have just released the A Night at the Opera album. Bohemian Rhapsody is featured in a melody of song snippets with no particular fanfare, giving no hint of how the lives of the band would change over the next year. Once A Night at the Opera and the mania of Bohemian Rhapsody takes hold, QUEEN is not longer that super cool progressive rock band that early fans had to themselves….they become one of the biggest recording/live acts in the world. A bitter sweet before and after moment for the fans that were there at the beginning.

KnuckleBonz is currently working with QUEEN and are coming to the end of our initial Rock Iconz Statues for the band. As you know, all KnuckleBonz work are officially licensed limited edition. Check out Freddie Mercury, Brian May, Roger Taylor and John Deacon  circa 1982 here.

We are beginning to design the new QUEEN Rock Iconz statues for tentative release late in 2022. KnuckleBonz is thinking of going back to this QUEEN A Night at The Odeon era for inspiration. Sound off here and let us know what QUEEN fans would like to see. 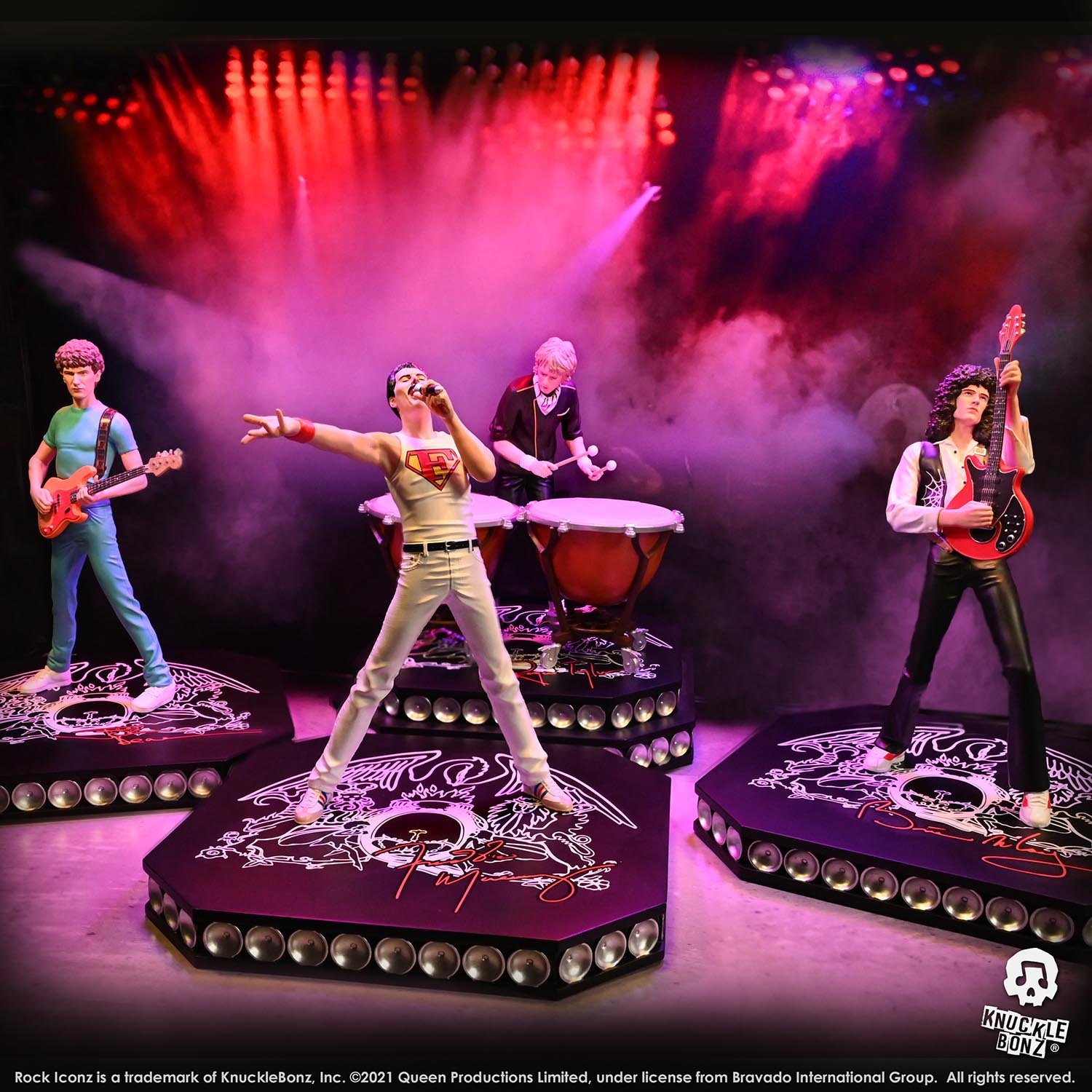 One of things we get asked the most when talking about the KnuckleBonz Rock Iconz® Limited Edition Statue Series is, “how do you decide on the era.” When working with the likes of QUEEN Freddie Mercury, Brian May, Roger Taylor and John Deacon there are so many eras and looks for the band. How do you decide on what to create. While there’s many things that go into a big decision like that, the biggest thing is to look at it from the “Superfan” perspective. After all, we are all fans 1st here at KnuckleBonz, just like you. We simply think, “what would we want on our shelf, in the mancave, on the desk etc. ? In the case of our new QUEEN Rock Iconz State designs, we knew that for the 1st time we would be creating the entire band, so we wanted a great stage costume for each member. We created Freddie Mercury and Brian May over a decade ago from the post “Shear Heat Attack” era so Freddie was in his “Harlequin” Body suit and Brian was wearing one of his signature flowing top w/ clogs. That removed that era as we had already gone there. We looked at the tours after this when Freddie’s hair starts to become shorter, all the way thru QUEEN “Live at Wembley” and QUEEN “Live Aid” Concert. All are supercool and iconic, but we found that the best live costumes across the entire band was the QUEEN “Live in Montreal” Show. Every band member had a great stage look. Even the more subtle John Deacon was flashing “great garb in blue.” We also look carefully for something that has not been done before and that was the case here…so there you go, QUEEN Rock Iconz(Set 1).

That said, over the next 2 to 3 years, you can expect a lot of surprises for QUEEN fans across all our lines, Rock Iconz, 3D Vinyl® and ON Tour®. Let us know what you would like to see from KnuckleBonz…”We are listening to you always…”  https://knucklebonz.com/vote-new-rock-iconz/

Check Out the QUEEN Live at Montreal look here: