Steve Clark lead guitarist and songwriter of the legendary Def Leppard was born in Yorkshire, England in 1960 and began playing guitar at a young age. After being introduced to Joe Elliott and Rick Savage, he became a founding member of Def Leppard in 1977. Steve was an amazing guitar talent but also a major song writer on the monster recordings of Pyromania and the multi-platinum Hysteria in 1987. Steve and Phil Collen immediately became close mates after he joining Def Lepp and were know as the “terror twins” during the bands rise during the raucous 80s.

Hard to believe that it’s been 32 years since we lost Rock Iconz Steve Clarke. Rock in peace…rock misses you.

KnuckleBonz hopes to working with Def Leppard on some cool stull later in 2023…sound off if you agree. 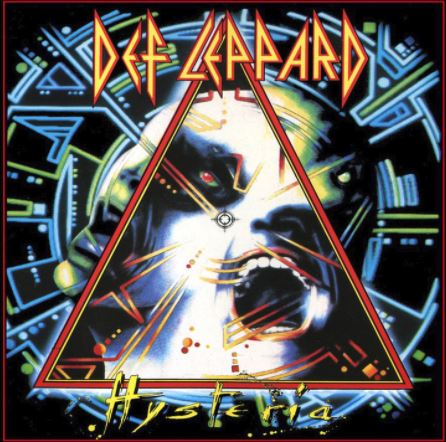 The album art of Def Leppard’d classic “Hysteria”  gives only a hint at what the band and recording production team went through ahead of the 1987 release.

This was the 4th studio recording for the band Def Leppard featuring Joe Elliott, Phil Collen, Rick Allen, Steve Clark, Rick Savage.  All wanted to step up the overall production value. Mutt Lange of AC/DC recording fame, was up in place as work began, but he quickly departed with a severe case of rock-n-roll burn out. In steps, song writer Jim Steinman from the Meatloaf “Bat Out of Hell” camp, but this yielded nothing the band liked so there was another departure. These were ahead of the devastating news of Rick Allen’s car accident that would eventually take his left arm.  Rick’s dedication to return to the band is well documented as he used the time to master his new drum kit with a midi-trigger. Mutt Lange would expectantly return to only have to stop session again because of his own accident. He recovered quickly only to see lead singer Joe Elliot be taken out of action with the Mumps.  To add to the calamity during this period for the band was the decline of guitar master Steve Clarke’s health. This would be the last record he would play on.

Hysteria released in August of 1987 and would go on to sell over 20 million records world-wide.  Each track is amazing, No less this (7) singles dropped for this rock music masterpiece.

Perhaps a great subject for our 3D Vinyl® series at some point as we lock down our production plans for 2021 and 2022 this week here at the KnuckleBonz® Studios. The design would spawn our own Hysteria.