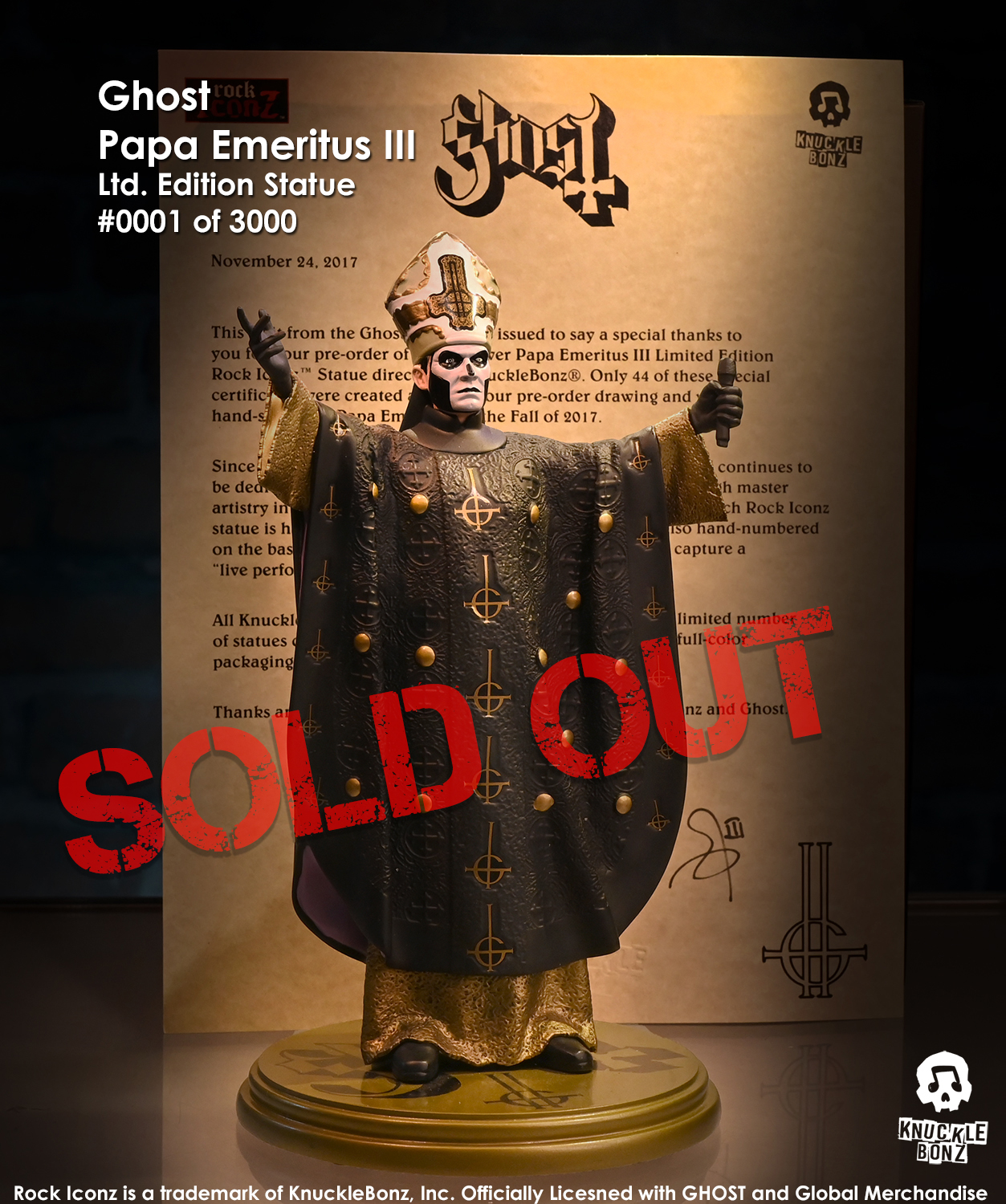 The Vault at KnuckleBonz has opened for the first time in 5 years to offer amazing RARE and SOLD OUT  collectibles just in time for the holidays.

Live at auction is GHOST Papa Emeritus III Ltd. Editions #0001 of 3000. Only a few #0001s have been available from KnuckleBonz over their 19 year history. This GHOST Papa III design was the first officially licensed product from KnuckleBonz for GHOST back in 2017. GHOST has gone from smaller venues and opening to an arena headliner in that time.

KnuckleBonz has worked with GHOST to create many of the band’s members and characters  since the initial 2017 Papa III release, including Papa Nihil, Papa Emeritus II, Cardinal Copia and the Nameless Ghouls.  Check out at the KnuckleBonz GHOST Collectibles HERE.

All KnuckleBonz products are hand-cast and detailed in limited editions of never greater that 3000 per design. All KnuckleBonz work is officially licensed with the greatest artists and performers in the music world. Check out all the KnuckleBonz Collectibles Here