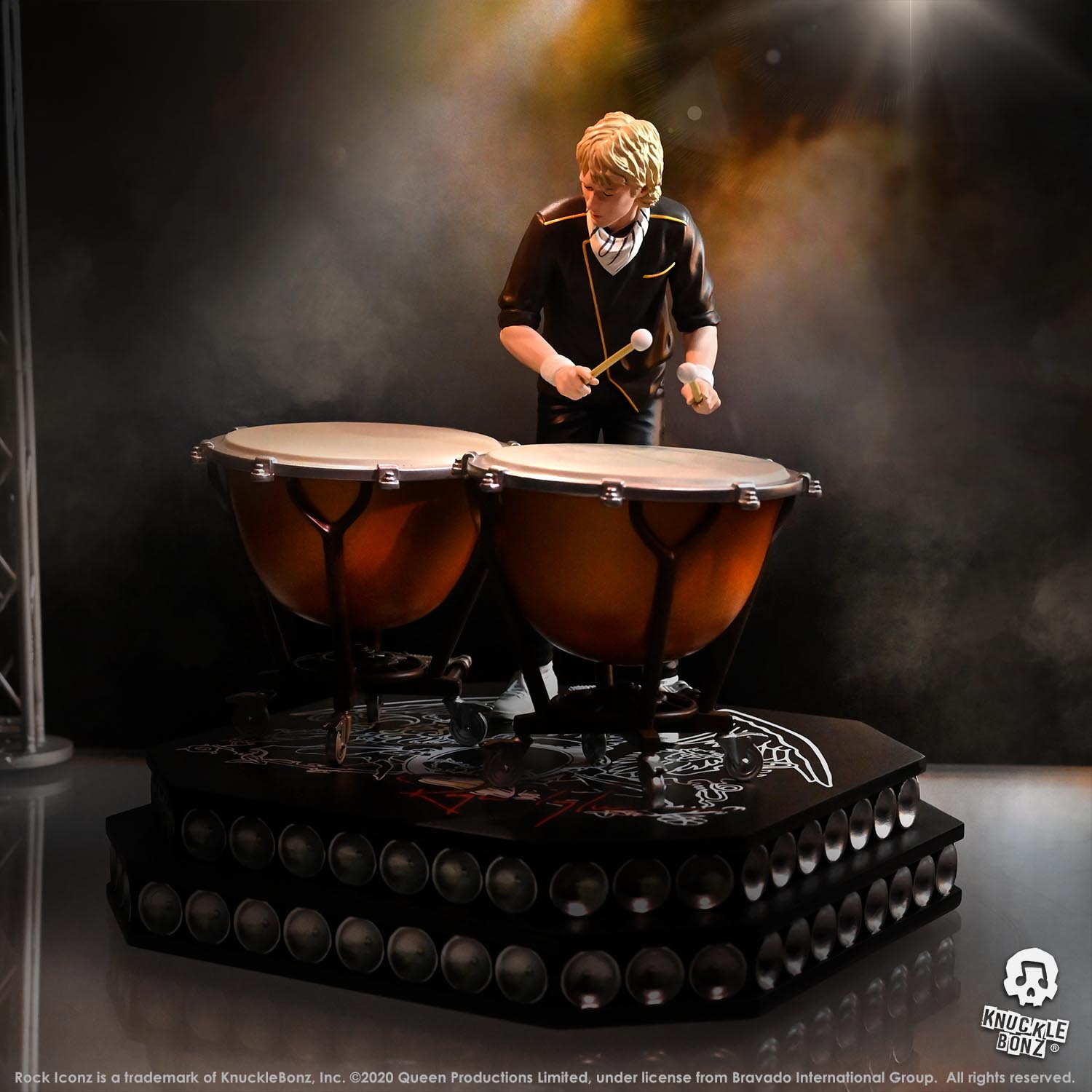 Paying homage to a great article from Circus Magazine 1975 where they covered QUEEN. We had just seen the band opening on their first US Tour in support of the Shear Heart Attack record and the “Killer Queen” single.  Roger just turned 72 and is looking forward to going back out on tour w/ Adam Lambert outfront of the band in 2022.

Here’s our copy from the back of Rogers’ Rock Iconz® Color Box design…Although best known for his powerhouse role in Queen, Roger Taylor is anything but a drummer confined to his kit. With rock n’ roll in his veins all through his schooldays, he has always been a highly active, vocal member of Queen. He famously wrote Queen’s landmark hits “Radio Ga Ga” and “A Kind Of Magic.”

Roger Taylor was born in Kings Lynn, Norfolk, on July 26th 1949, Roger became fascinated with music in the early 50s, when his family moved to Cornwall. He learned his first instrument, the ukulele, at a tender age, and enjoyed a brief taste of things to come in a pre-teen skiffle band whose collective talent survived just two public performances, both apparently excruciating!

In 1968 Roger formed the group, Smile, with Middlesex guitar ace Brian May. Smile played sporadically over the next few years and even issued a single in the United States. By 1971, Roger had long abandoned any desire to become a dentist or a biologist, and with new additions to the line-up John Deacon and Freddie Mercury, Smile became known as Queen.

1977 was the landmark year in which Queen released We Are The Champions and We Will Rock You. Roger bought a Ferrari, and became the first member of Queen to launch a solo career with the release of the single I Wanna Testify.

His solo album Fun In Space followed in 1981, and was succeeded by 1984’s rock-based Strange Frontier. Both LPs reached the Top 30. In 1987 Roger formed his own band The Cross, in which after more than 20 years he finally resumed the role of lead singer.

All Rock Iconz® Statues are officially licensed, limited edition collectibles. This is a fine-arts production process where each statue is hand-cast, painted and numbered. Rock Iconz are created in 1/9th scale making them 8 to 9 inches tall. Each statue comes with a certificate of authenticity on the base of the statue.