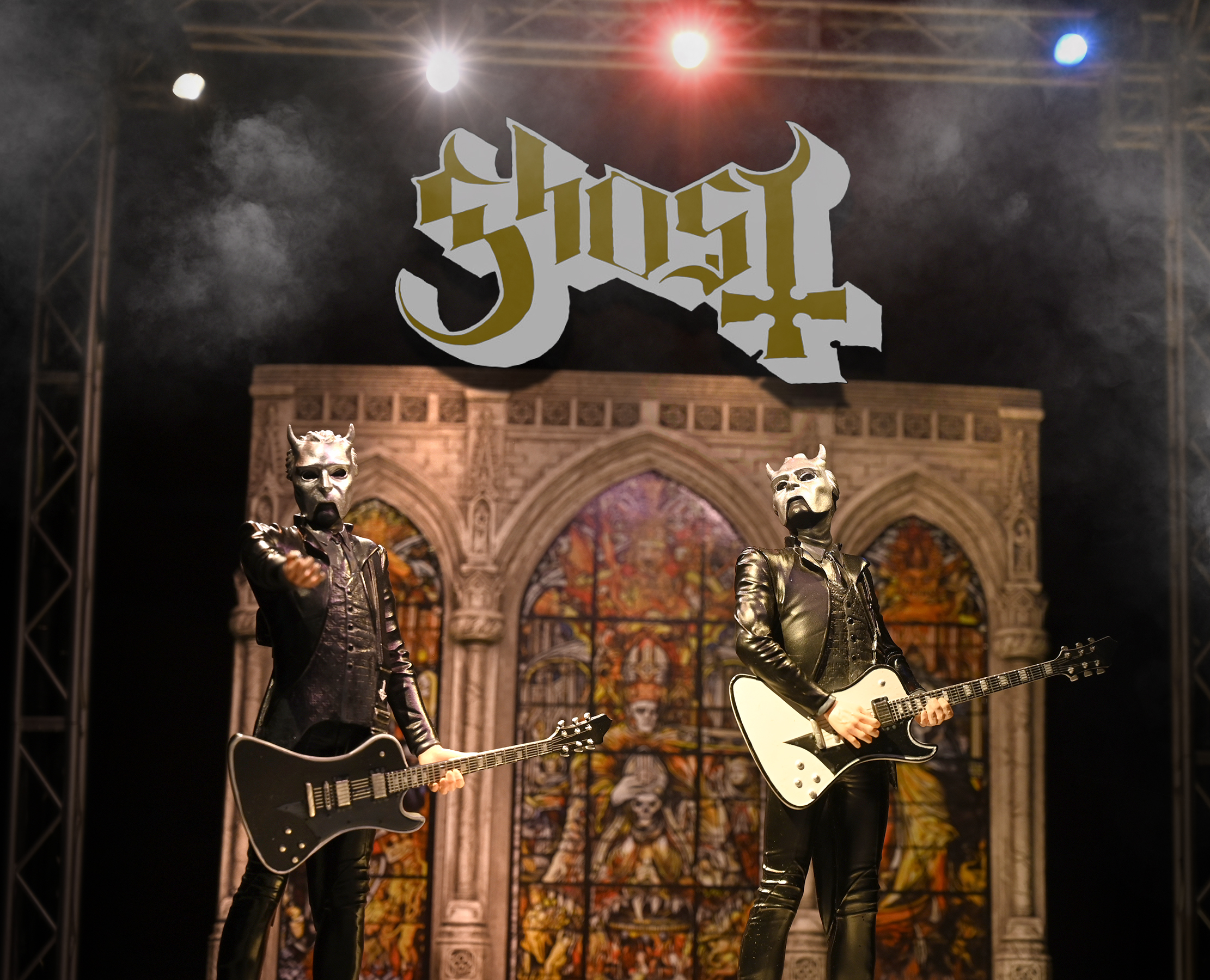 All Pre-Order GHOST SuperFans orders go out first and we will then begin processing new orders on a first-com-1st-serve basis. Don’t miss out of these officially GHOST licensed collectibles that capture the “A Pale Tour Named Death” tour 2020.

Nameless Ghoul The Nameless Ghouls are the live performance band for Ghost. On the “A Pale Tour Named Death”, seven Ghouls patrolled the stage with Cardinal Copia bringing the Ghost heaviness around the world. While the Ghouls are virtually identical, the guitar crunch fueled by the White and Black Ghoul guitarists is undeniable. The Ghost sound defies genres, calling on what fans recognize as hard rock, heavy, metal, doom, pop and progressive rock.  With the promotion of    Cardinal Copia, the new era of Papa Emeritus IV begins. The path forward is unclear during a time of pandemic and global strife.

Each KnuckleBonz Rock Iconz® Limited Edition is hand-crafted. Never more than 3000 pieces are cast for super-fans worldwide. All Rock Iconz   statues are officially licensed, limited edition collectibles. This is a fine-arts production process where each statue is hand-cast, painted and  numbered. Rock Iconz are created in 1/9 scale making them 8 to 9 inches tall. Each statue comes with a certificate of authenticity on the base of the statue.