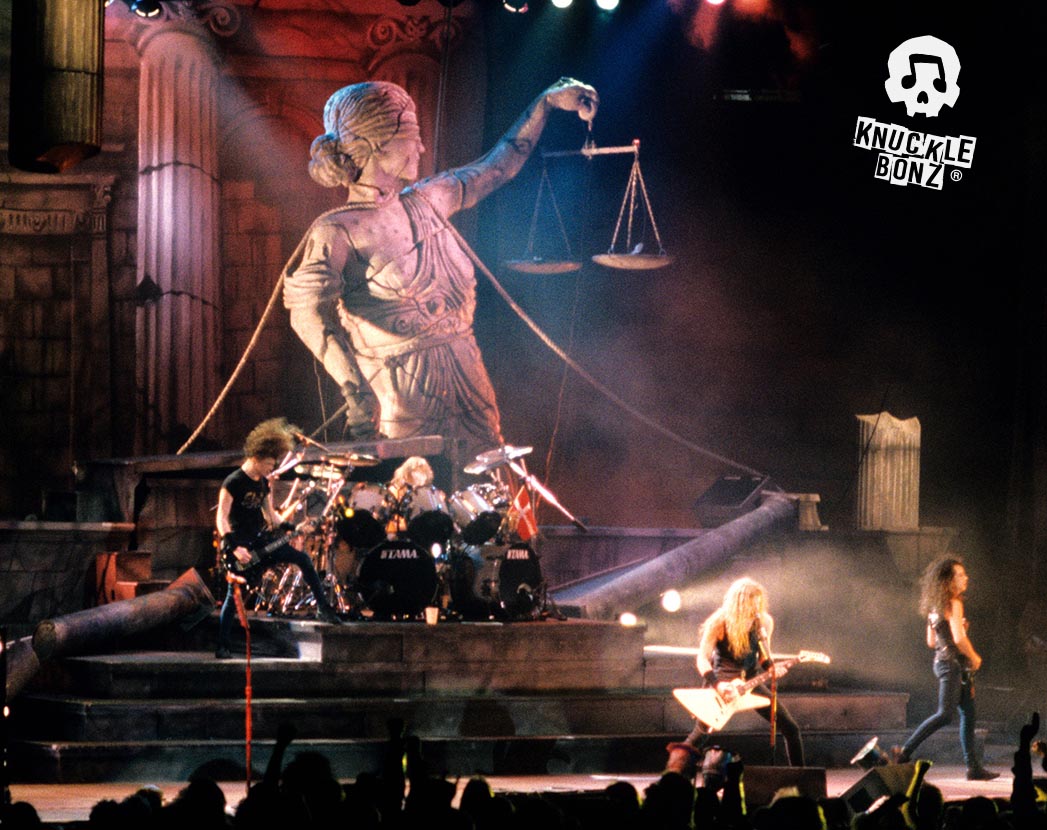 33 years ago Metallica released the …and Justice for All album. If there be such a thing for an under rated Metallica album, this is it as far as we are concerned here at KnuckleBonz®. We know, we know, there’s been all the talk about the mix of this record recently, but bottom line, this is thrash classic, with musicianship at it’s highest. Every song is strong and is a favorite for Metallica Superfans to this day when AJFA is included in any live set. “Blackened” and “The Shortest Straw” are diamonds and of course there is “One.” Many of the younger Metallica fans can point to that as their intro to the band via that great music video. There was still an MTV that played music videos at this point in 1988. We can’t talk about this era and not mention the comical Grammy faux pas. If you recall, Metallica was nominated for “Best Hard Rock/Metal Performance Vocal or Instrumental” and the Grammys continued their “Cluebaggerness” with the metal scene. The award went to none other than Jethro Tull. Too funny to this day.

A quick heavy metal heads up, we are hard at work on a new Limited Edition Collectible for And Justice for All in our 3D Vinyl ® Collectible Series. The cover art by Stephen Gorman, based on a concept developed by James Hetfield and Lars Ulrich was a dream to design with. Staytuned for updates…

Check out our current Rock Iconz Ltd. Editions for the entire band from the recent Hardwired to Self-Destruct album here. 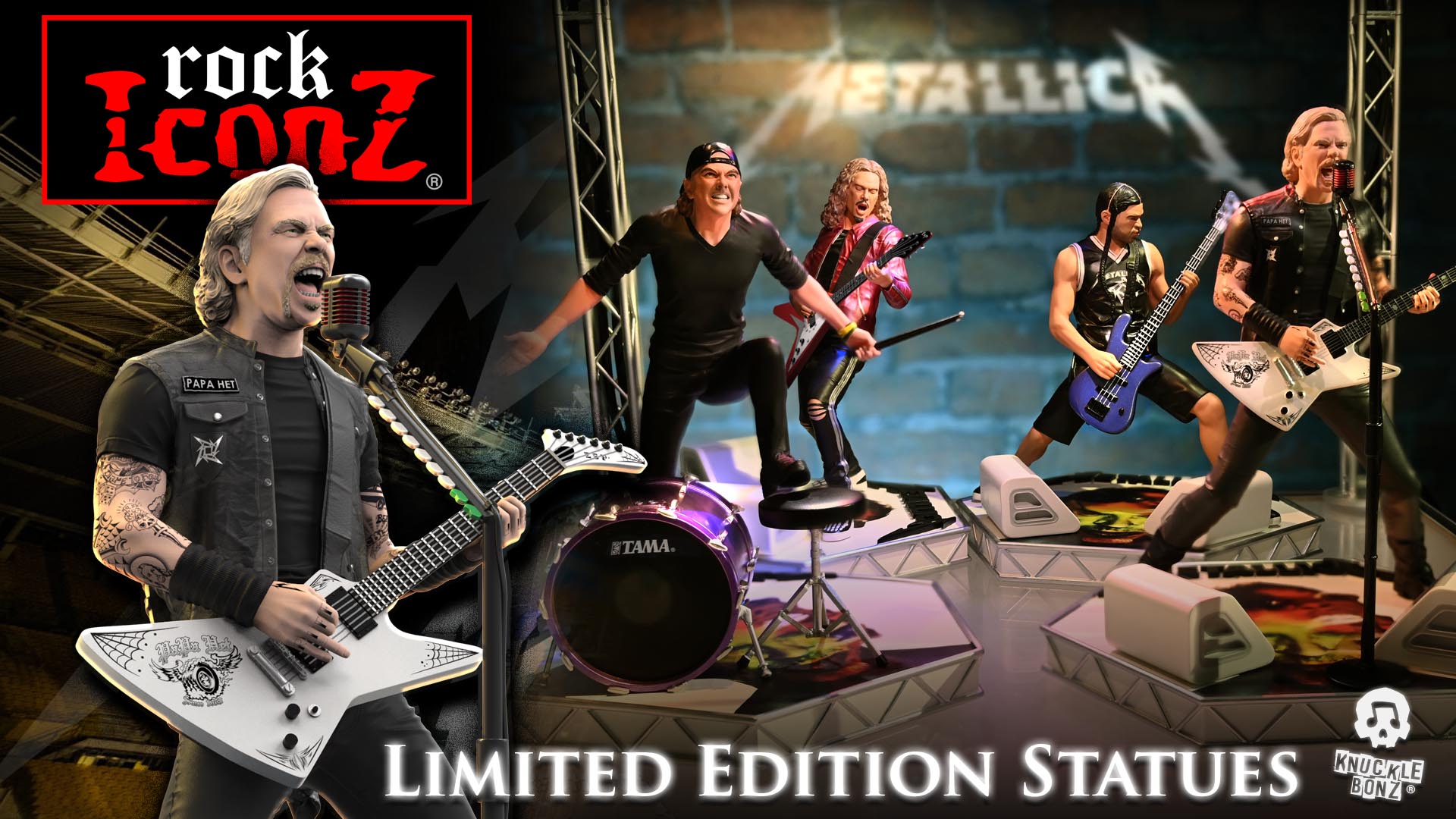 The KnuckleBonz warehouse will be working throughout the weekend setting up to ship out all the Pre-Order of our Metallica Rock Iconz Statues for Lames Hetfield, Lars Ulrich, Kirk Hammet  and Robert Trujillo.

Orders are stacking up fast on this limited edition. Only 3000 are being created for Metallica Superfans worldwide. No FOMO…

All Rock Iconz have particular challenges. The tatts for James Hetfield were a bugger on this Rock Iconz production. Check out the whole band here at the Metallica order pages. 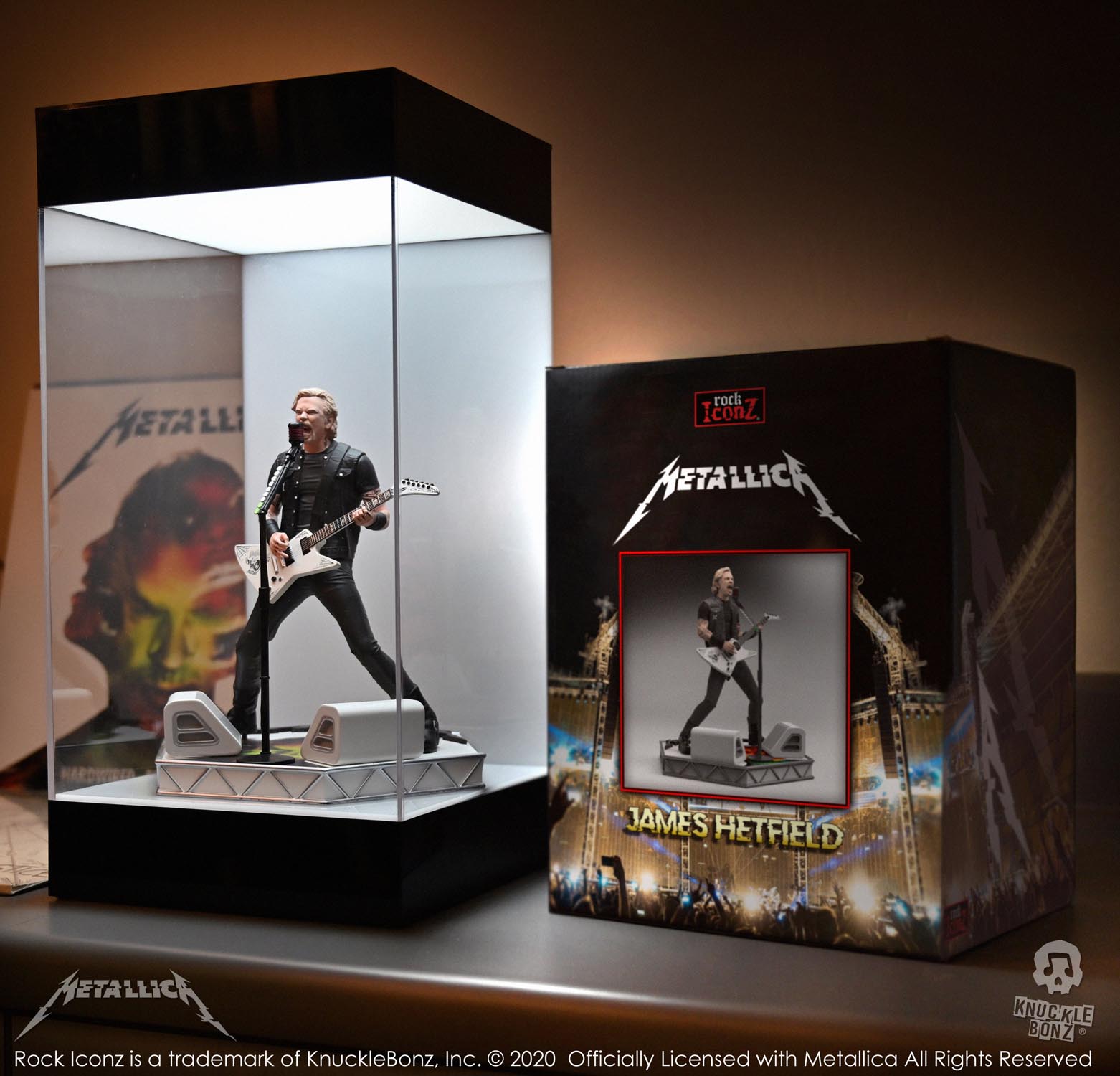 Our Metallica Rock Iconz® Statues continue to go through the on-going international Covid-related shipping back-log. But, we’ve made significant progress since the last update a couple of weeks ago. Here’s the latest for Metallica James Hetfield, Lars Ulrich, Kirk Hammett and Robert Trujillo limited edition statues. The US shipment for www.KnuckleBonz.com and the Metallica store have finally cleared the US ports and are on the way to our respective warehouses to set up to ship to pre-orders.  The last remaining hold-up is in Europe as we wait for that shipment to clear the ports. The Metallica camp has asked that we hold all shipments until we are able to ship at the same time worldwide for all pre-orders. Stay tuned here for updates and as always thanks for your patience with these, pain the @ss, Covid-jacked times.

You can pre-order our Metallica KnuckleBonz Rock Iconz Limited Edition Statues here. Order will ship in the order they were received: https://knucklebonz.com/product-category/metallica/