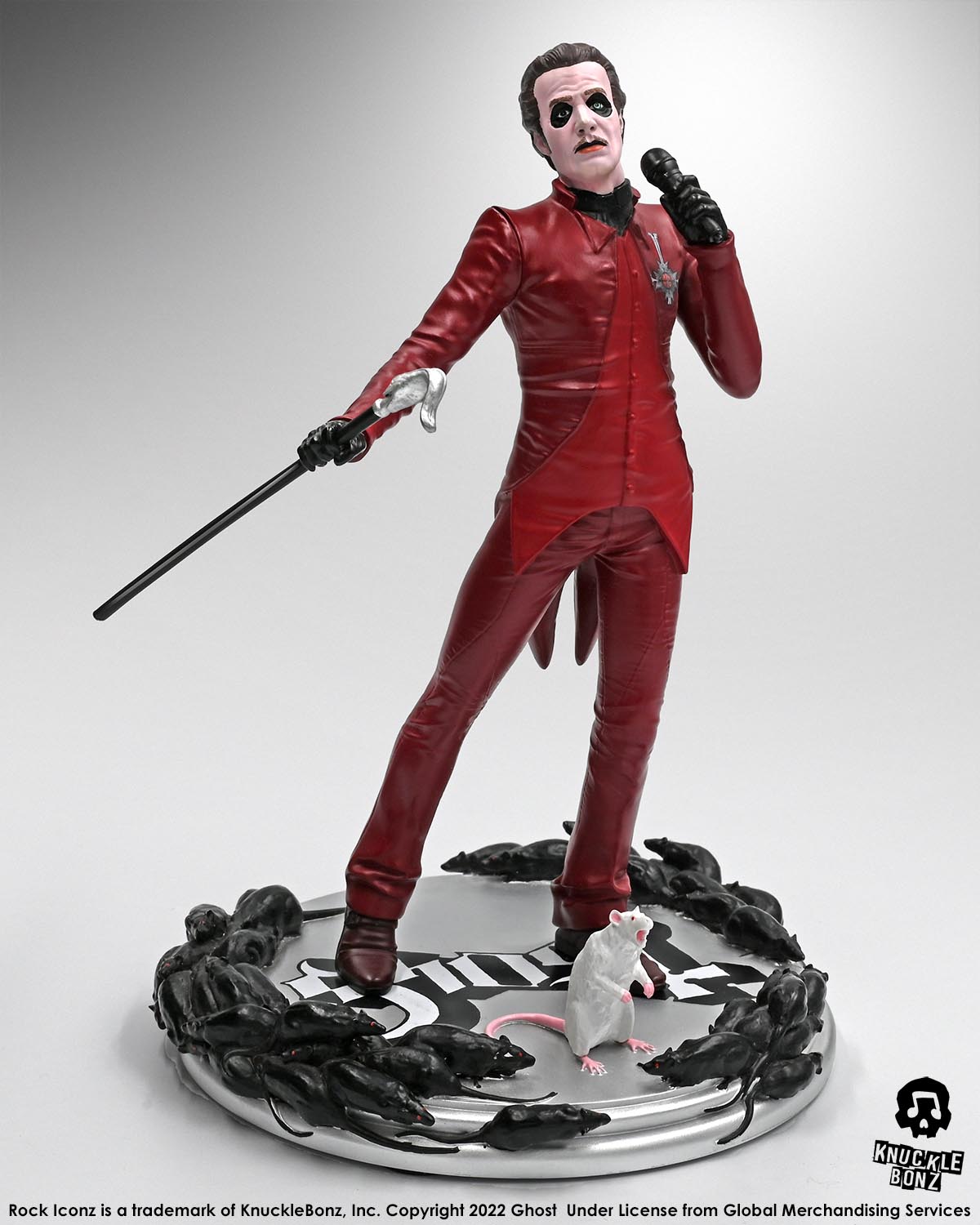 Ghost just released a new music video Call Me Little Miss Sunshine in tandem with the announcement of the new full length album Impera. This is the 2nd video release from the new record. The band released the Hunter’s Moon  video back in September of 2021. GHOST was to appear live on Jimmy KIMMEL last eve, but had to postpone to maximize efforts for the start of the co-headlining tour with Volbeat that begins next week….sigh.

Check all the KnuckleBonz Limited Edition Collectibles for GHOST here.