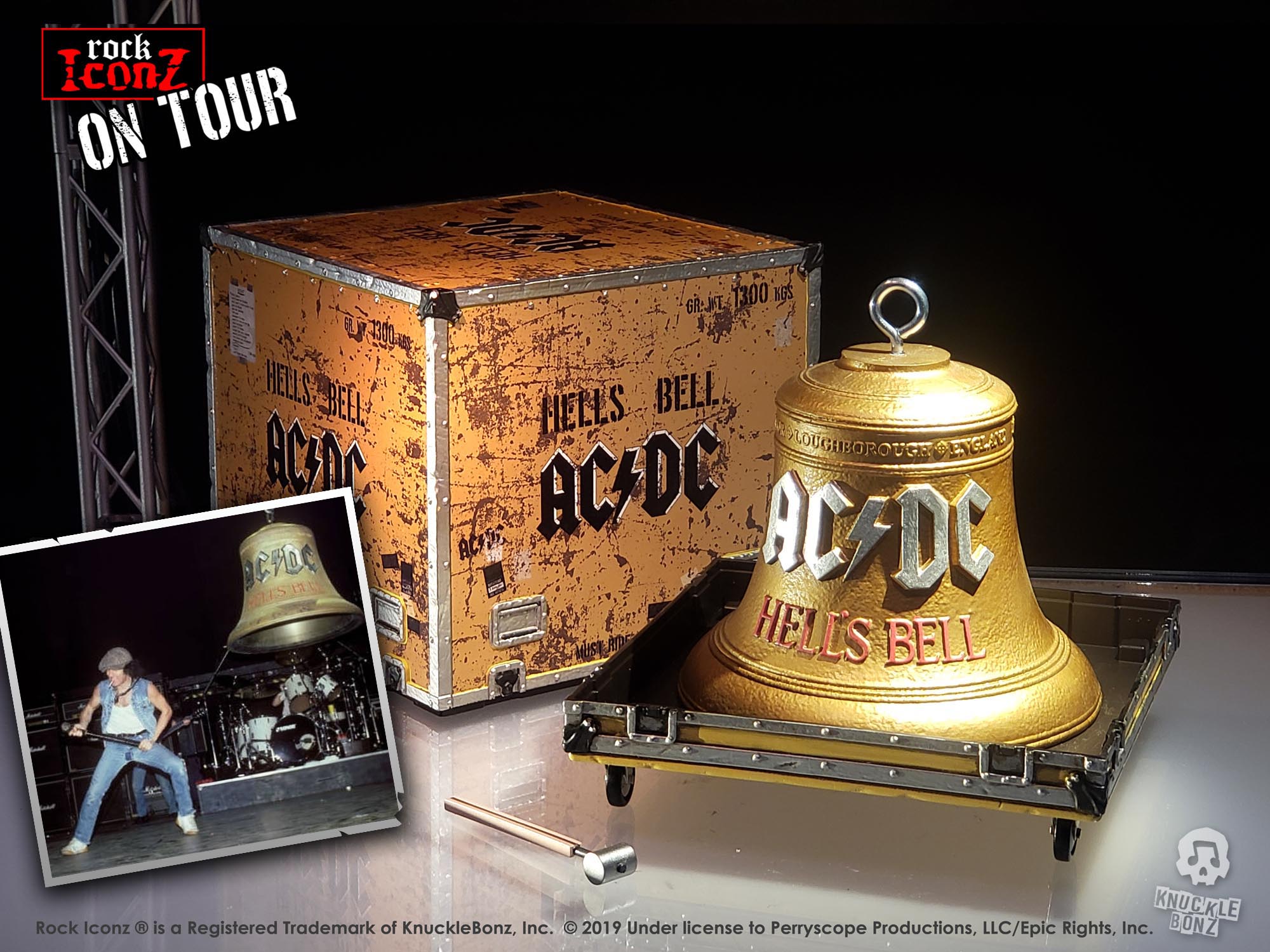 Here’s a great sht of Brian Johnson with AC/DC on his first tour with the band rining the Hell’s Bell. The inset live photo of the Hell’s Bell is very close to what we created for the Rock Iconz® On Tour™ Limited Edition Series. As you might know, there have been many versions of the Hell’s Bell since it first rang out over the AC/DC stage in 1980. The 1st to go out on tour was so heavy that actually broke through the stage at the Nausaau Colleseum while the band was loading in for that show.  It was hand cast in bronze at the Bellfounders in Loughborough in the UK. It actually weighed in at about 2000 pounds. It was clear right away the Hell’s Bell was not just another stage prop.

The AC/DC Hell’s Rock Iconz Hell’s Bell On Tour Ltd. Edition Statue is on back order and finishing the 2nd wave of production now. Reserve your here.

We also are finishing a 2nd wave of production on the AC/DC For “Those About to Rock” Cannon for the On Tour Series. Reseve the ACDC Cannon here.