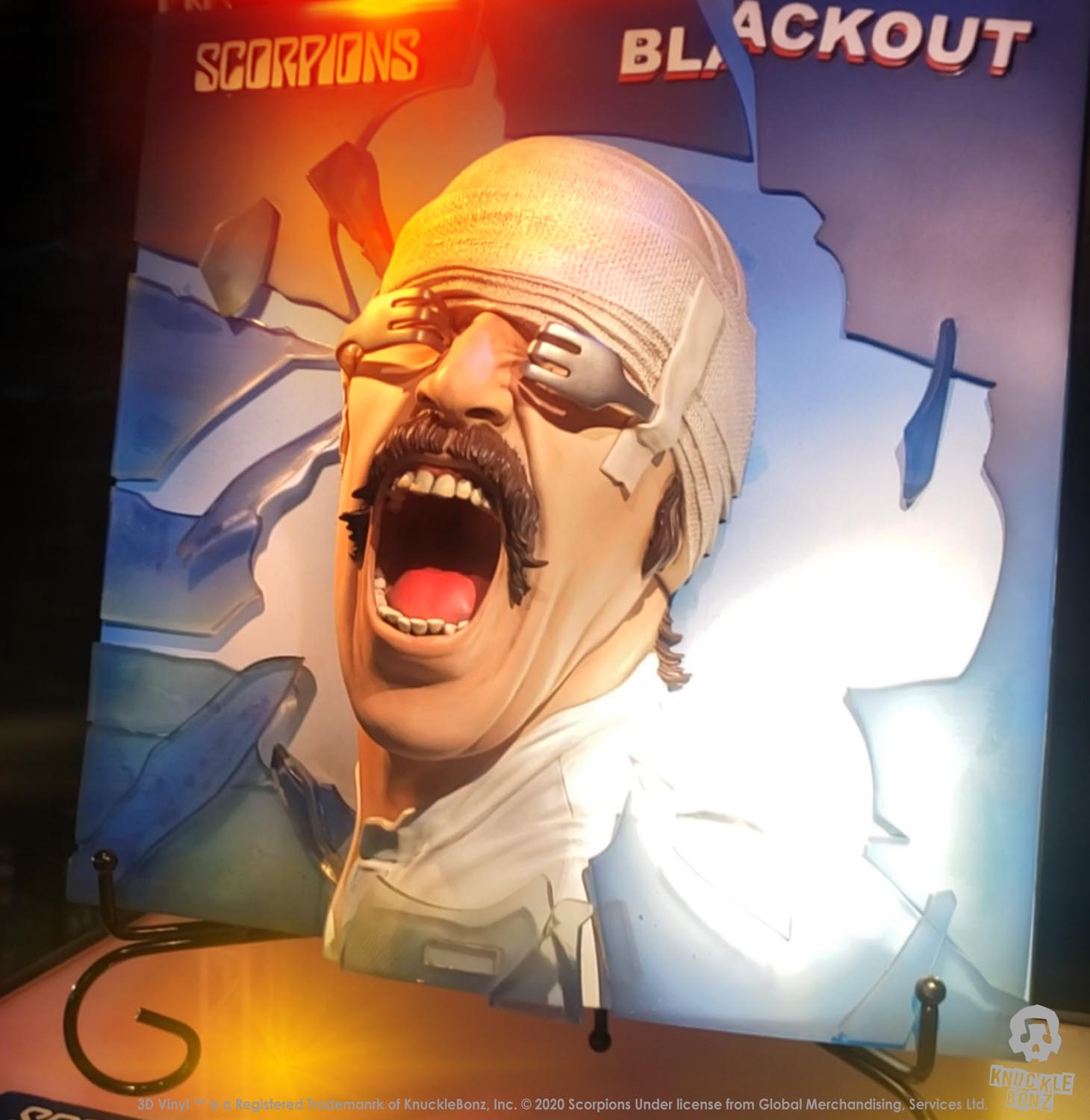 “Blackout” is the eighth studio album from the Scorpions, released in March 1982. In 2017, Rolling Stone magazine ranked Blackout as 73rd on their list of “The 100 Greatest Metal Albums of All Time.” The album was certified Platinum is the US in 1984. The identity of the tortured character on the cover was often rumored to be Scorpions guitarist Rudolf Schenker, but is actually a self-portrait of artist Gottfried Helnwein.

KnuckleBonz® 3D Vinyl® Limited Edition Collectible Statues capture music fans most beloved album art in stunning 3D designs. All 3D Vinyl collectibles are hand-cast and detailed in a 12 inch X 12 inch format, just like the great album art that fans continue to enjoy. 3D Vinyl can be displayed on the desktop using the included metal stand or as a wall mount using the mounting hardware fitted on the back of each design. (This product does not include music media and is for display purposed only)

Check our all the KnuckleBonz Rock Iconz, 3D Vinyl and On Tour Collectibles here at www.knucklebonz.com.