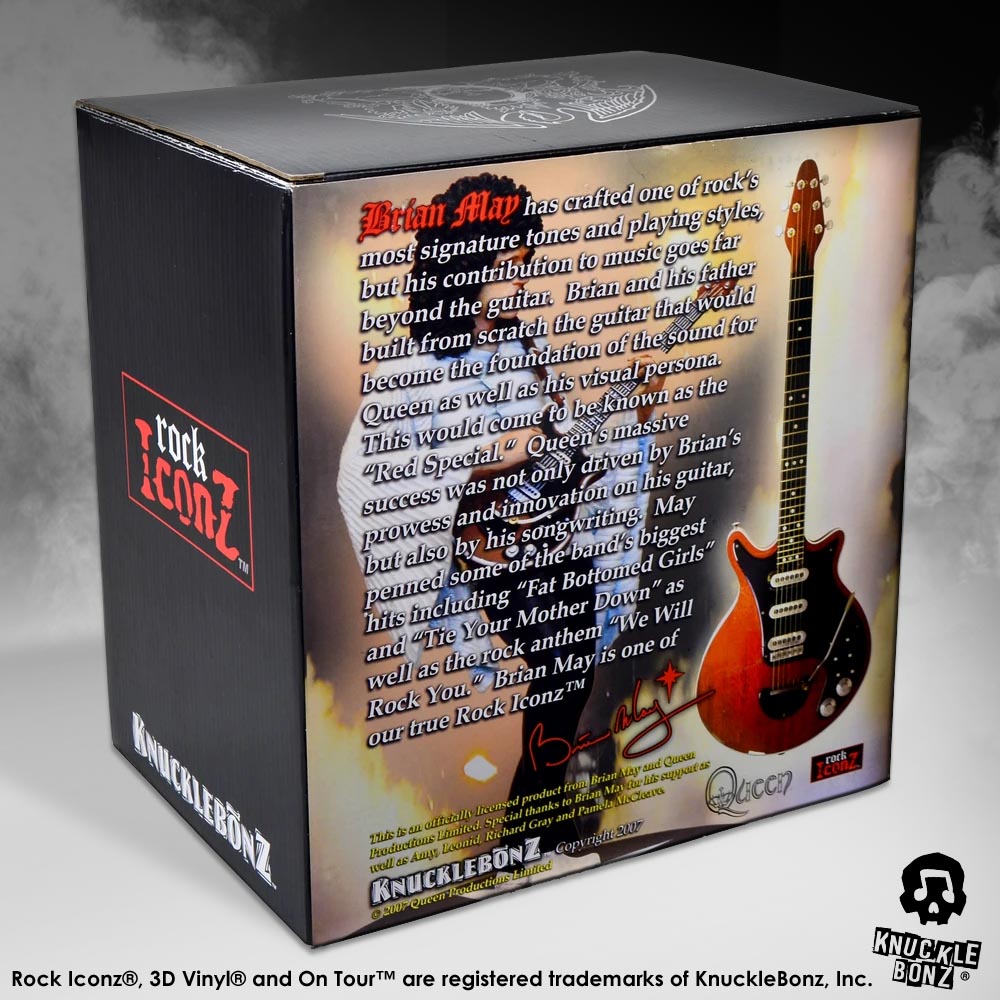 Rock Iconz with Signature Tones – Brian May of QUEEN

Brian May has crafted one of music’s signature guitar tones and playing styles. However, his contribution to music goes far beyond the guitar. Brian and his father built from scratch the guitar that would become the foundation for the progression rock engine that is QUEEN. That is of course what Dr. Brian May calls the “Red Special.” Queen’s success what not only fueled by his guitar, but also his songwriting. Brian May penned some of the bands biggest hits including “Fat Bottomed Girls” and “Tie Your Mother Down” as well as the stadium-rock anthem “We Will Rock You.”

He is one of our true Rock Iconz® and it was KnuckleBonz pleasure to work with QUEEN and Brian May in 2007 thru 2009 on Rock Iconz Limited Edition statues. Brian gave great feedback during the projects and we were all really excited about the final statue Rock Iconz statues.