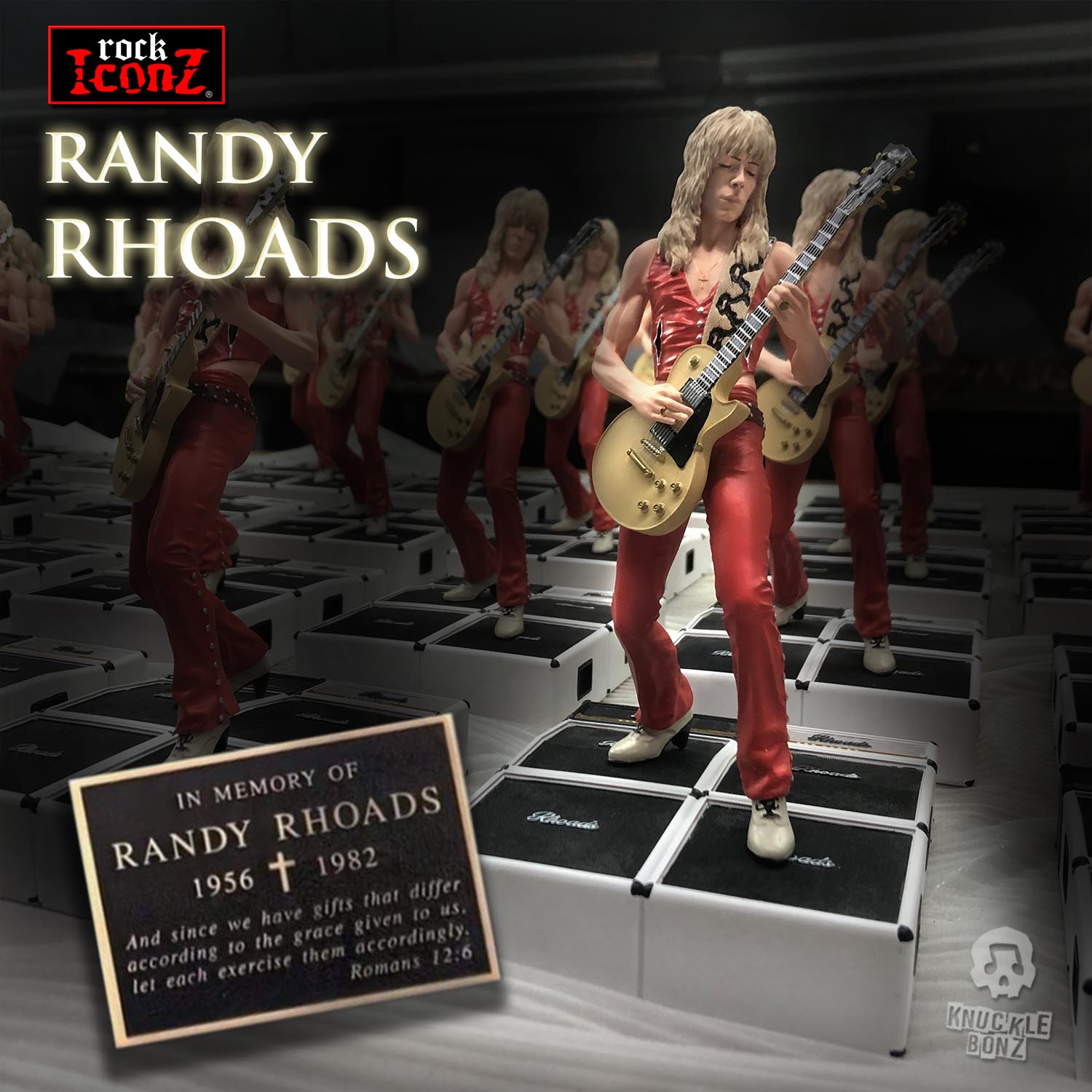 Hard to grasp it’s been 39 years since we lost guitar virtuoso Randy Rhoads. Can still remember the lingering effects of the damage we did from the partying  at the Ozzy Osbourne Dairy of a Madman concert at the Omni in Atlanta March 17th, 1982. We got to see Randy Rhoads ablaze that night. Ozzy lifted Randy high over head, we cheered and head banged with no hint at what was to come. March 18th it was on to Nashville for what would be Randy’s last performance. On March 19th, 1982, he was gone…

Randy Rhoads was the inspiration and the engine for Ozzy’s first 2 solo records, “The Blizzard of Oz,” and “Diary of a Madman.” It’s fair to ask, how would Ozzy’s career would have progressed if Randy was not there for that critical, but all too brief time?

We have included a short video here from the KnuckleBonz® production floor. Our work on the Randy Rhoads 3 Rock Iconz® Ltd. Edition Statues continues and is going well. Still on track for the May/June ship date. This is one of the fastest sellers in the 18 years of KnuckleBonz. Pre-Order now to be part of not more that 3000 Superfans to own this limited edition collectibles. This production is officially licensed with the Rhoads Family and the Randy Rhoads Trust. You can Pre-Order Here: https://knucklebonz.com/product/randy-rhoads-rock-iconz-statue/