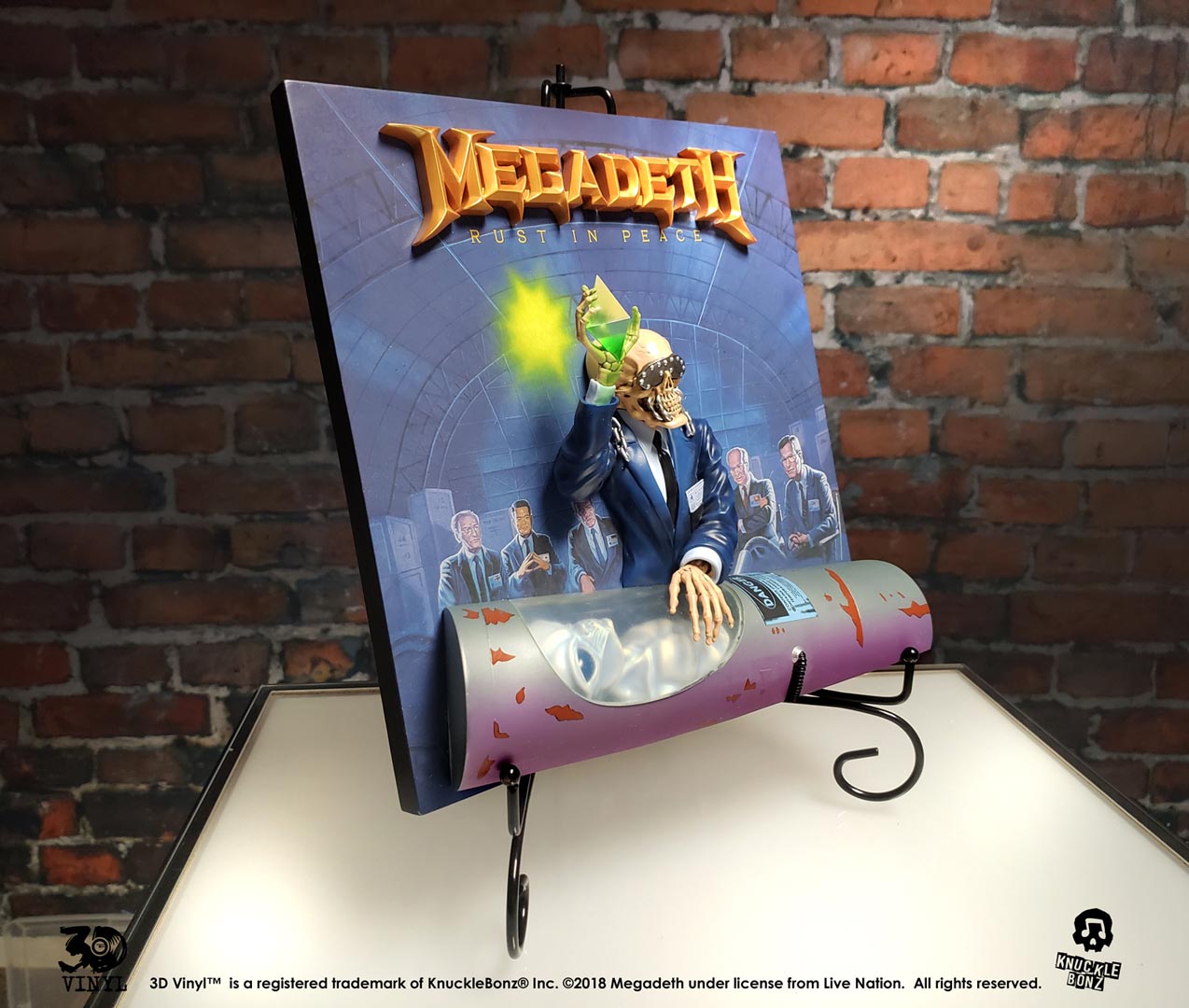 As we head to Christmas and year end for this god forsaken 2020, we are reflecting on the 3D Vinyl Series and one of the productions that really shows off the category. That would be Megadeth’s Vic Rattlehead and the “Rust in Peace” 3D Vinyl® design. It continues to be one of the favs here at the studio and has been under the lights on constant display since we finished the 1st prototype.

3D Vinyl was born a little over 2 years ago when we continued to hear from Superfans saying, “KnuckleBonz stuff is cool, but I don’t dig the statue or figure category. You don’t create anything for me.” 3D Vinyl is created for this passionate music fan. We all dig album art . We have gazed at it, worn in and put in on our walls for the last 50 years so let’s have that be the focus we thought. Let’s make album art come to life in 3D, so we did.

Megadeth “Rust in Peace” was the perfect subject. Firstly, it was an amazing painting by artist xxxxx  xxxx, that featured the beloved Vic Rattle head. Vic is holding a glowing jewel juts behind a cryo-coffin holding the latest find at Area 51. In attendance is a who’s who of world’s leaders from the day. The USSR’s Gorbachev is a favorite. This 3D Vinyl almost designed itself it was such a great subject. Uhh, let’s also not forget this record is one of the best metal discs of all-time, perhaps Dave Mustaine’s finest work. Production was a different matter. It’s one of the most complex things we have ever created and the production was fraught with challenges for the KnuckleBonz teams. Although there was lots of tense moments, the result was amazing if we do say so ourselves.