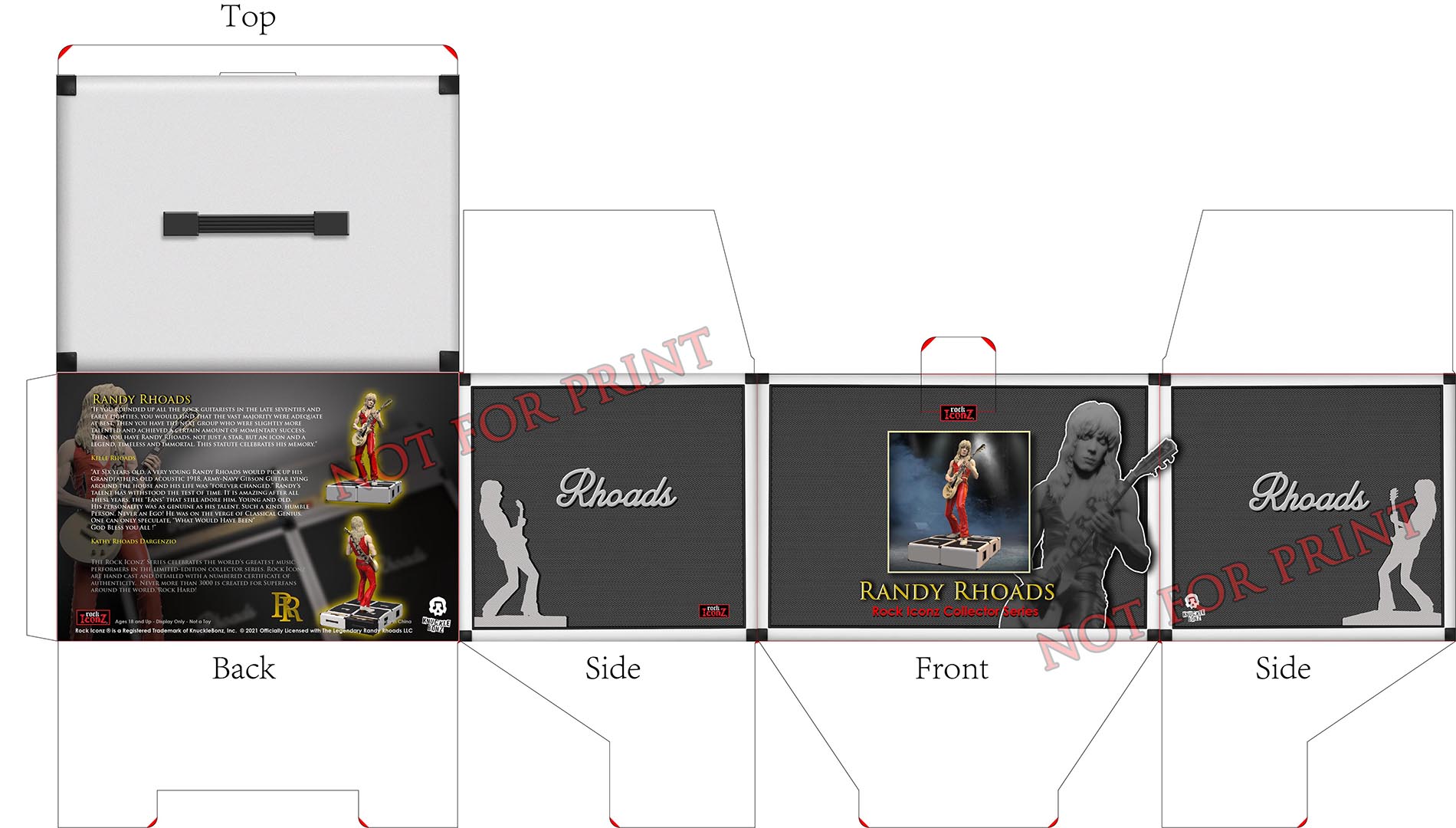 Posted here is the approved package design for our new Randy Rhoads Rock Iconz® Limited Edition Statue. Those of you who have been with KnuckleBonz from the beginning back in 2003, will remember we founded the company with the 1st Randy Rhoads limited edition statue. Had something pretty cool happen when working on this most recent package and thought we would share it here. We began working with the Rhoads family on the first design in late 2003. We actually met with Delores Rhoads, Randy’s Mom, at the Musonia School of Music which she founded. I remember, we had to wait for her to finish a piano lesson before we could begin our meeting. She was teaching music right up until she passed away 2015. Pretty amazing.  That meeting went fine, and when it was finished Mrs. Rhoads gave us quick tour of some of Randy’s memorabilia that was at the school. I recall the chills I felt looking at some of the pictures and one of Randy’s original guitars. This same feeling happened again this week when finishing the package design seen here in the Blog post. Kathy and Kelle Rhoads, Randy’s Sister and Brother, both wrote some thoughts that appear on the back of the box design. Our color comp had just been sent to them for approval and I sent a text mssg to Kathy Rhoads Dargenzio to let here know, the second I hit send, the “Diary of a Madman” track came on the FM radio in the KnuckleBonz studio…such a strange feeling. I told Kathy Rhoads this happened, and she said, “That was Randy.” We hope it was, there are “Never Enough Angels” as we ride out 2020.

Also check out the great holiday sale going on now. All In-Stock KnuckleBonz Rock Iconz, 3D Vinyl® and On Tour® Limited Edition Collectibles are 20% to 30%.