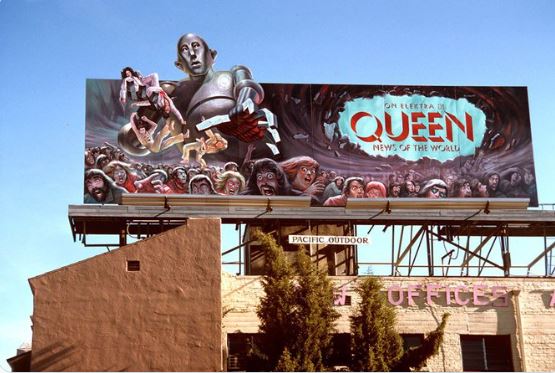 In October of 1977, QUEEN would make a departure from the imagery usually associated with their album covers and release one of their most iconic recordings, “New of the Word.” The previous studio albums had seen various images of the band members Freddie Mercury, Brian May, Roger Taylor and John Deacon or artist interpretations of the QUEEN crest. News of the World was totally different using the robotic behemoth inspired by Roger Taylor’s sc-fi fascination. This album would go 4× platinum in the United States and has sold over 10 million copies worldwide. It remains one of the QUEEN’s best-selling studio albums. Its lead single, “We Are the Champions“, reached number two on the UK Singles Chart and number four on the Billboard Hot 100. The robot “Frank,” as we now know him, has gone on to be one of the most iconic 70s rock cover boys and is a prime subject for KnuckleBonz 3D Vinyl Collector Series. #staytuned.