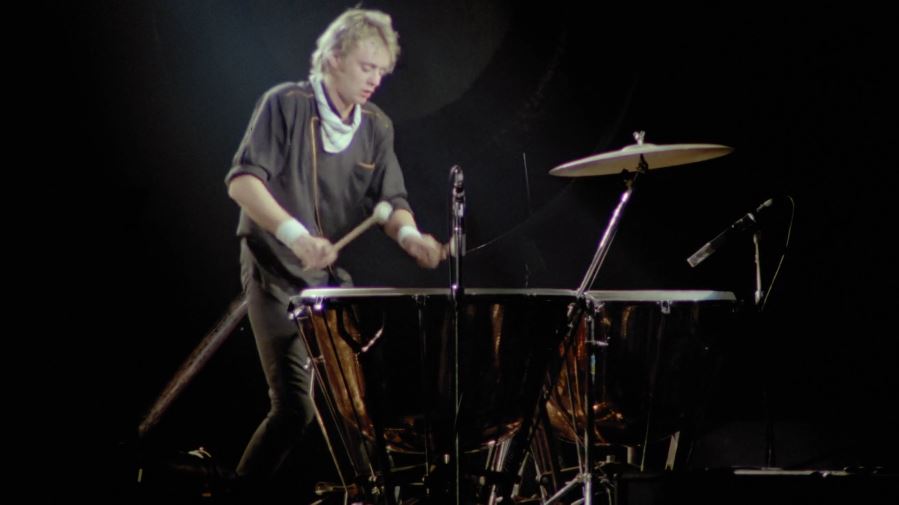 The “progressive rock live show manual” clearly states that each musician must have an extended solo moment. Queen embraced this with Freddie Mercury, Brian May and Roger Taylor all taking center stage for thoughtful and entertaining solos once they achieved arena headliner status in the late 70s. One of the highlights of Queen’s live show was when Roger Taylor left his main drum kit to throw down on his Ludwig “Ringer” Timpani drums.  They were 28″ and 30″ of gleaming brass that shown beautifully under the QUEEN light rigs. The QUEEN Jazz and Live Killer tours were the 1st to feature this in Roger’s solo and it became a fixture going forward. Enjoy this video clip from the remastered QUEEN in Montreal show with Roger Taylor behind his Ludwig Timpani drums.