Limited purple colored vinyl LP pressing. Includes digital download. Reissue. The Eye is the fifth studio album by King Diamond released in 1990. It continues to feature a major storyline such as other King Diamond albums, though it is told differently. The Eye is the only album to feature drummer Snowy Shaw and the last to feature guitarist Pete Blakk and bassist Hal Patino until his return on Abigail II: The Revenge. 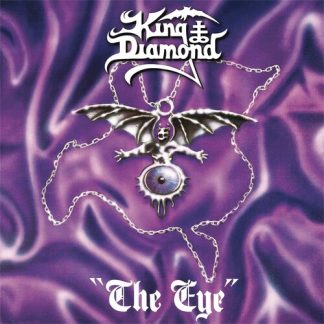