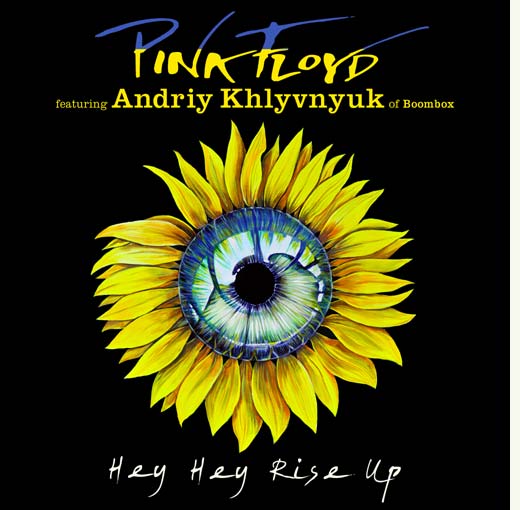 Pink Floyd members David Gilmour and Nick Mason have reunited to record the first new Floyd music since the Division Bell album 1994 in support of those affected by the Russian Invasion of the Ukraine.

This new track samples the amazing vocal performance of BoomBox Frontman Andriy Khlyvnyuk singing in front of Kyiv’s Sofiyskaya Square. BoomBox is the Ukrianian rock band that performed with  Glimour in 2015 in support of the Free Belarus Theater.

David Gilmour spoke about the new recording and the situation in Ukraine, “I hope it will receive wide support and publicity. We want to raise funds for humanitarian charities and raise morale. We want to express our support for Ukraine and, in that way, show that most of the world thinks that it is totally wrong for a superpower to invade the independent democratic country that Ukraine has become“.

You can listen to the new track and see the video by acclaimed film  director Mat Whitecross. All of this happened very quickly and the video was shot at the same time the track was recorded not more than a week ago. Pink Floyd Hey Hey Rise Up

Rock Hard and Rise Up!