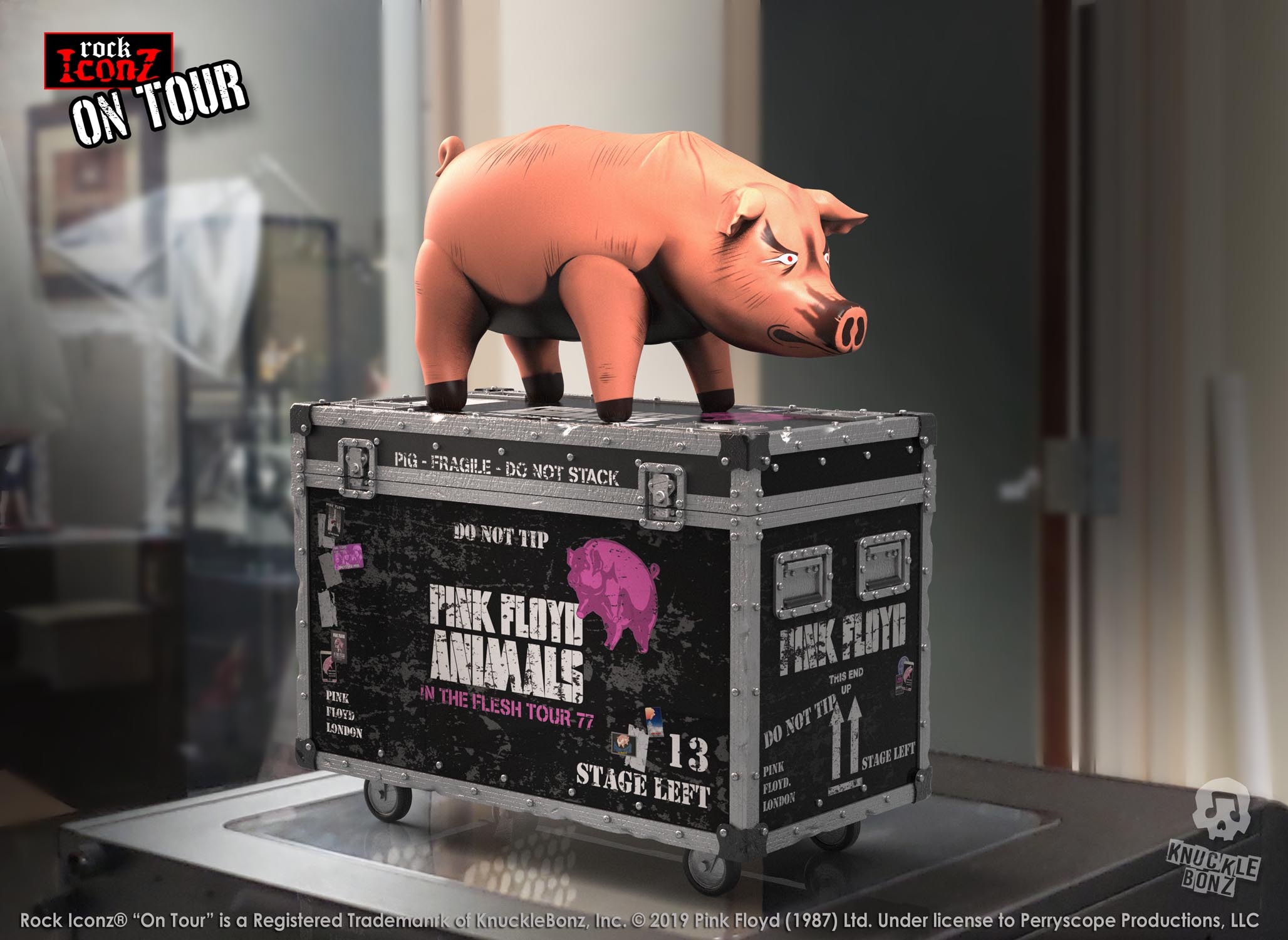 An obvious subject for the new Rock Iconz® On Tour Collector Series was the Pink Floyd Pig, nicknamed “Algie”. It spanned 40 ft. and was floated over Battersea Power Station on the south bank of London’s River Thames as part of the photo shoot for the “Animals” album. During the 3-day shoot in December 1976, the pig broke free from its cable and began a sojourn that would ground flights at Heathrow Airport, and soar over the English Channel before finally landing in Kent. The pig then took up its place as staple during Pink Floyd’s live shows debuting on the “In the Flesh” tour in January 1977.  It’s remains one of the most iconic concepts in live music performance. Check out this Rock Iconz On Tour Limited Edition here

The Rock Iconz® “On Tour” Series brings music fans and collectors moments in and around the world’s great live performances and world tours. Each On Tour collectible is hand detailed and is an officially licensed limited edition.

Rock Iconz® ON Tour is a Registered Trademark of KnuckleBonz, Inc. © 2019 Pink Floyd (1987) Ltd. Under license to Perryscope Productions, LLC

See all the KnuckleBonz Rock Iconz, 3D Vinyl on On Tour Limited Edition Collectibles at www.knucklebonz.com