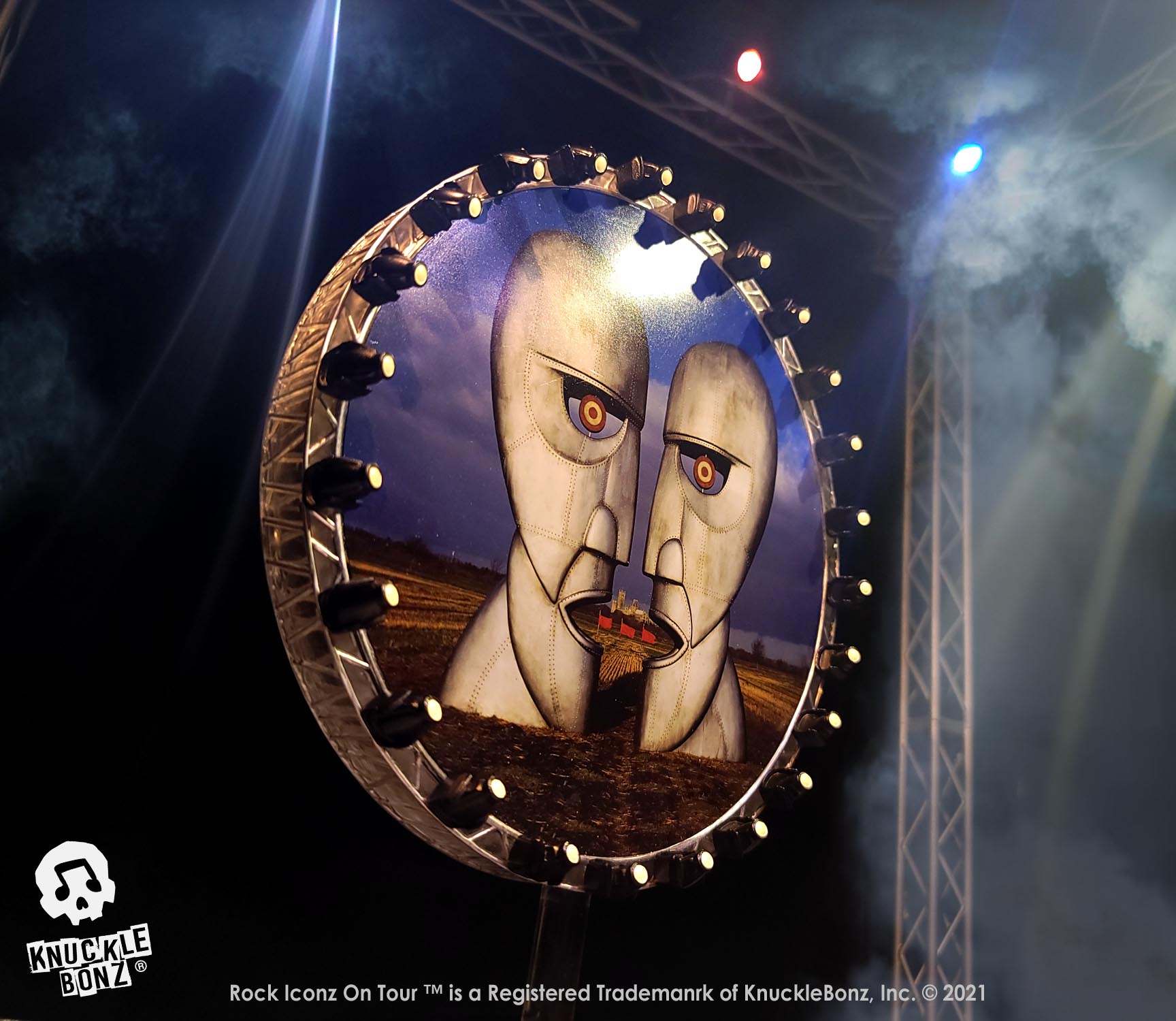 The Division Bell marked the return of Richard Wright as a full member of the band. This was the 1st real collaborative effort from PInk Floyd since Wish You Were Here as Mementary Lapse of Reason had primarily been written by David Gilmour.

The Division Bell tour was a  massive success and was the highest grossing concert tour of all time up to that date in 1994.

The album and touring posters featured the work of long time Pink Floyd designer Storm Thorgerson. The face to face Division Bell monoliths remain some of the most enduring images for Pink Floyd.

The Earl’s Court Pink Floyd show from the Division Bell tour has been restored and is a must see for any Floydian. Check out “Comfortably Numb” here. The iconic Pink Floyd circular screen takes center stage as it rotates down to engulf David Gilmour, Nick Mason and Rick Wright in amazing rays of light…