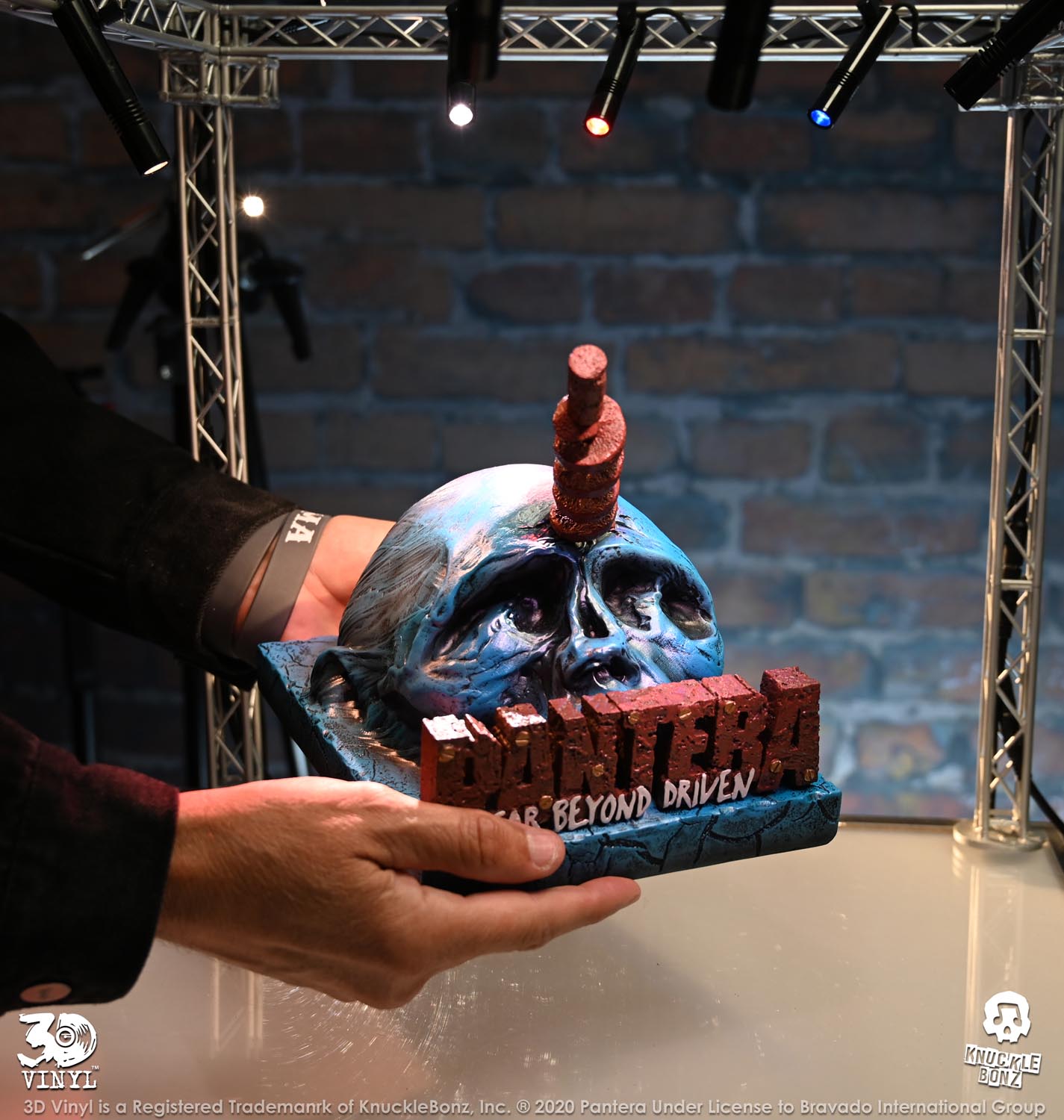 This week in 1994, Pantera’s “Far Beyond Driven” shocked the music world by debuting at #1 on the Billboard Charts. This was no real surprise to metal music fandom, but it did jolt the popular music world. It was the 1st time a metal record had debuted in the charts at top slot. Even more amazing, is that Phillip Anselmo, Dimebag Darrell, Vinnie Paul and Rex Brown had not taken step back on the aggression meter to achieve mass market success. Quite the opposite. The band had ratcheted things up a notch from  of “Vulgar Display of Power” to deliver something even more brutal.

We have honored this Pantera heavy metal masterpiece in our 3D Vinyl® Limited Edition Collector Series. 3D Vinyl brings the great album art to life in limited edition statues. Each piece is hand cast and detailed and ships with a hand numbered certificate of authenticity. All KnuckleBonz® work is officially licensed. Limited to only 1994, the statue is a desktop mount design. Dimension at 7″ Wide X 8.5″ Deep X 8″ Tall.

Production is complete and these statues have arrived at the US ports and are gong thru customs now. Hope to be ship later in April.