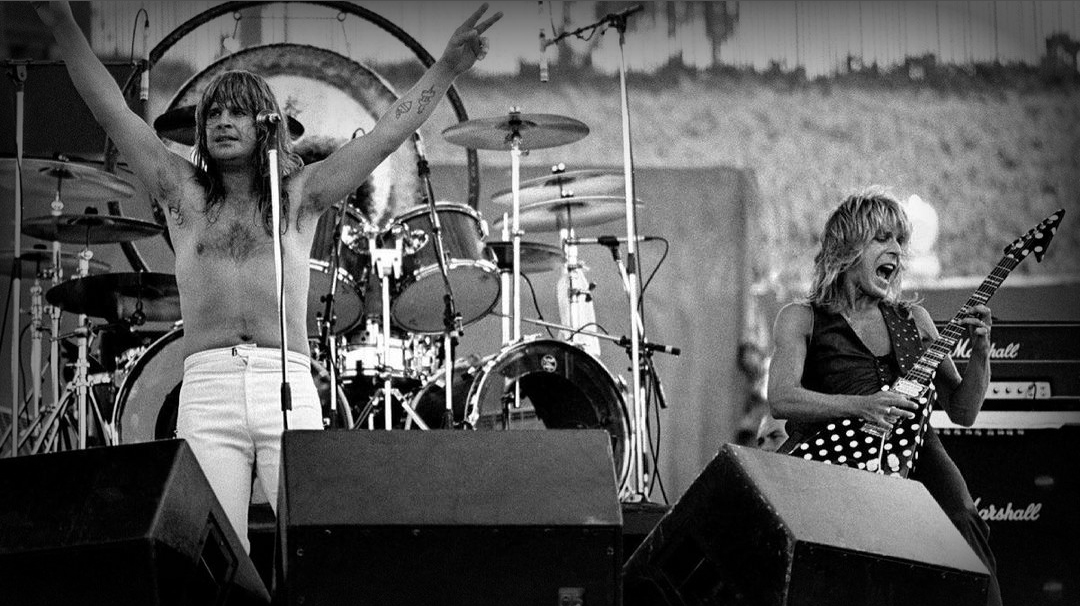 Here’s s great shot of Ozzy Osbourne on the tour for the initial solo album “The Blizzard of Oz.” Stage left of course is the great Randy Rhoads ripping his signature polka dot, harpoon-headed V-guitar. Photos of this period that have both Ozzy and Randy in frame are so precious. Ozzy was just beginning to emerge as a major solo headliner on the strength of the Blizzard of Oz and the “Crazy Train single at this point.

We were fortunate to see Randy Rhoads w/ Ozzy live at the 2nd to last show before we lost him in 1982. That show was in Atlanta, GA on the Diary of a Madman Tour.

Production continues on our Randy Rhoads III Rock Iconz Limited Edition statue. All is going well with not major production hiccups or Covid-Distruption so far. Things are still on track for the original May/June ship date. Sales are hot on this one so decently pre-order if you want a chance to this limited edition.