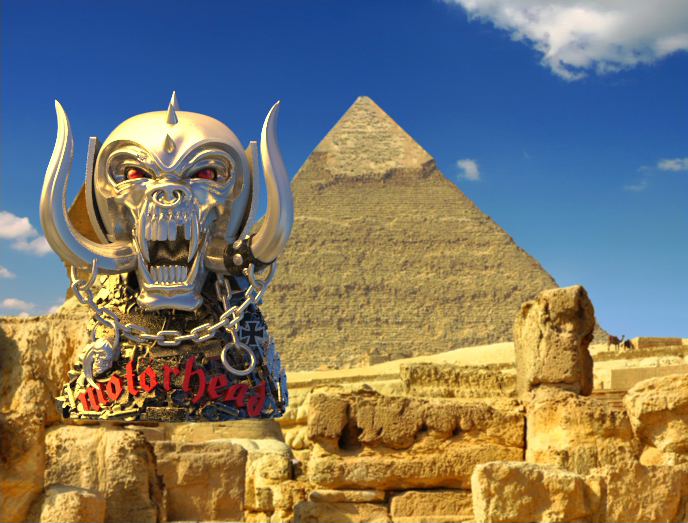 The Motorhead Warpig – At Home in the Rock Iconz®Collector Series

The Motorhead Warpig made the first appearance on the 1977 self-titled debut album, “Motorhead.” Also, affectionately known as “snaggletooth,” it has become one of the most iconic and loved symbols in music. Motorhead, with Lemmy at the helm, was a band that fused many musical styles and transcended a single category. Fans from diverse music scenes like punk, thrash metal, heavy metal and

progressive rock would usually clash, but the one band all could agree on would be Motorhead. The aggression, the speed, the genuine focus of the band made them stand apart, as if having a genre to themselves. With the loss of Lemmy in 2015, Warpig now stands alone as a reminder of what rock music can mean and does mean to all of us….

Our Motorhead Warpig design has Snaggletooth atop a pile wartime debris with the chain dangling ala’ the original 2D artwork. That took some special production panning to get this Rock Iconz® design ready to ship to super fans worldwide. Check out the Motorhead Warpig Rock Limited Edition Collectible Statue and all the KnuckleBonz collectibles at www.knucklebonz.com

We are KnuckleBonz, and we make Rock N’ Roll!