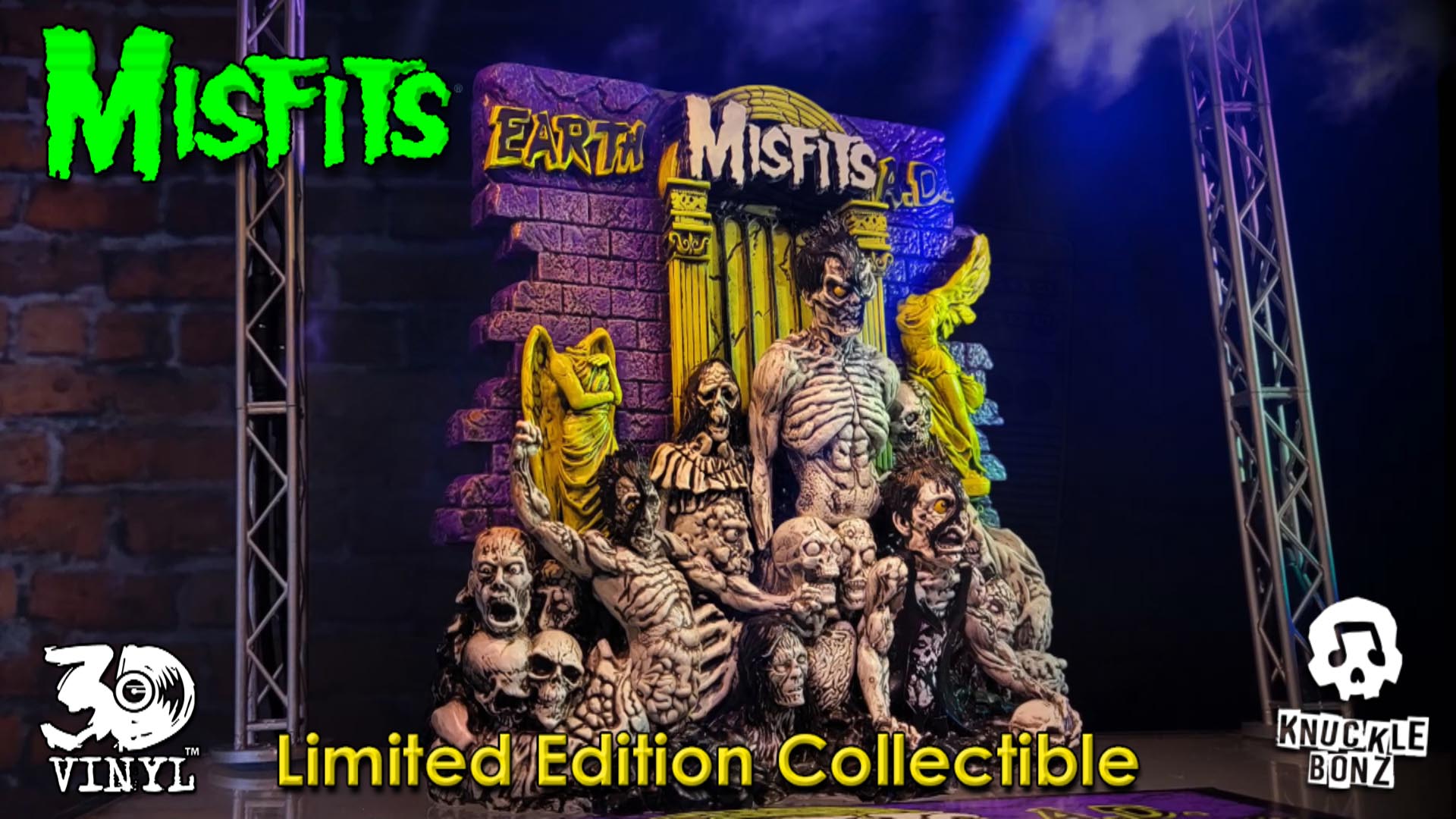 Excited to announce our new partnership with the Misfits and Jerry Only to bring all the great Misfits imagery to the 3D Vinyl®, Rock Iconz® and On Tour™ Collector Series.

“Knucklebonz 3D Vinyl nailed our classic Earth AD cover in such incredible gory detail it might even surpass the original art! Limited run of 1983 to immortalize the year the Misfits set the bar faster, harder and higher, changing the face of hardcore and metal forever.  Death came ripping, and it hasn’t been the same ever since. Now you can hold that moment in time in your hands with this ferociously accurate rendering of the Misfits Earth A.D. illustration by the late Mad Marc Rude.” — Jerry Only