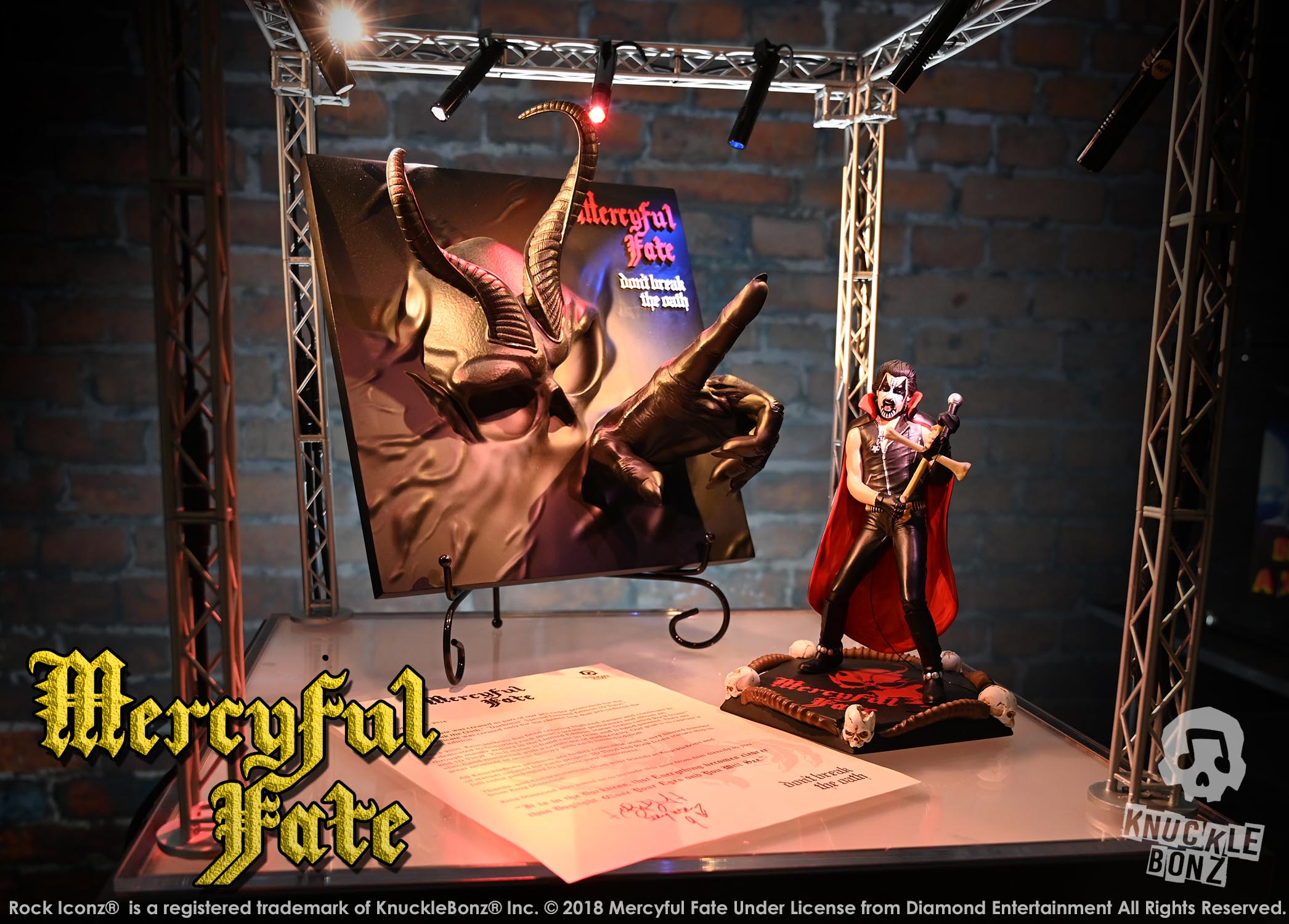 The Mercyful Fate “Don’t Break the Oath” Special “Darkness” Limited Edition Collectible Statue is a perfect example of a “happy accident” that occasionally happens here at KnuckleBonz. That can be defined as, when you are working on something completely unrelated to the final product, and something happens during design or production that gives rise to something new. We worked directly with King Diamond on this design as well as Mercyful Fate guitar great Hank Shermann. During the sculpting we cast an all black version of the raw sculpt so we could easily show the all the cool details from the Mercyful Fate “Don’t Break the Oath” album art via photos. KnuckleBonz prototypes never leave the studio or factory locations during production so we need to rely on photos and video to show the artists for approval. Everything we do is approved by the bands and officially licensed.  When the all black casting was done and set under the lights to photograph, we were amazed at how cool it looked in the all matte black treatment. When we showed it to King Diamond and Hank Shermann they agreed. We remember telling them we were going to create one with a red logo just to have here in the studio we dug it so much. Both of them said they too would like one in the all black…the idea was spawned right there. We all liked it so much, Mercyful Fate and King Diamond fans probably would also. And there you go, a happy accident gives life to the Don’t Break the Oath “Darkness” Limited Edition. This 3D Vinyl Collectible Statue comes with a special signed certificate by King Diamond…super rare.

Check out the Mercyful Fate Collectibles and all the cool stuff from the Rock Iconz Collectible Statues Series at www.knucklebonz.com