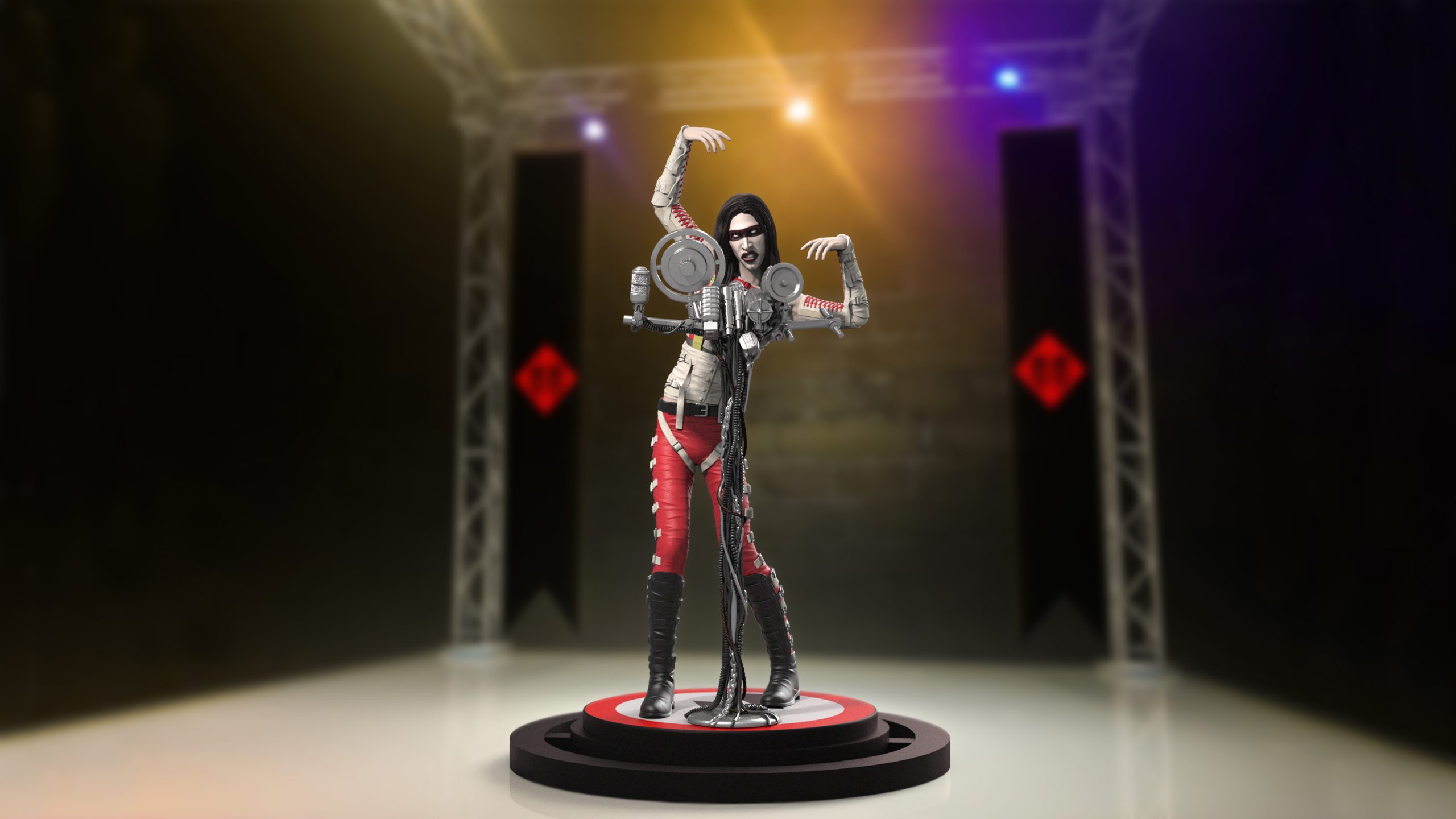 The Marilyn Manson Rock Iconz Limited Edition statue from KnuckleBonz captures Manson from “The Beautiful People” era of his career when he was on the way to multiple chart-topping album releases. This design is one of KnuckleBonz creepiest. This Rock Iconz will soon be sold out and KnuckleBonz is beginning to think about new design for 2021.

After developing a cult following on Florida’s underground music scene in the early 90s, the original Marilyn Manson band caught the attention of producer/performer Trent Reznor. In 1994, Manson released their debut album, “Portrait of an American Family” on Reznor’s Nothing Records label. Marilyn Manson then began to develop a ravenous cult following, which grew larger with the follow up release of “Smells Like Children” in 1995. That recording gave the band their first break via the MTV video hit “Sweet Dreams (Are Made of This)“, a cover of the 1983 Eurythmics song. In 1996, “Antichrist Superstar” would hurl the band to the next level with the smash single and video “The Beautiful People.” It received three MTV Video Award nominations in 1997 and was a certified critical and commercial success.  Rolling Stine Magazine hailed “Antichrist Superstar” as bringing an end the dominance of grunge and pop music in the era. In the USA alone this recording went double platinum. Manson followed up with multiple platinum releases that included 2 #1 release on the Billboard 200.

In his own words from his autobiography “The Long Hard Road Out of Hell.”

“I was becoming the cold, emotionally crippled monster I always wanted to be, and I wasn’t so sure I liked it. But it was too late. The metamorphosis was already well under way.”

“I walked away exhilarated by my success, because there’s nothing like making a difference in someone’s life, even if that difference is a lifetime of nightmares and a fortune in therapy bills.”― Marilyn Manson

Rock Iconz®, 3D Vinyl® and On Tour™ are registered trademarks of KnuckleBonz, Inc