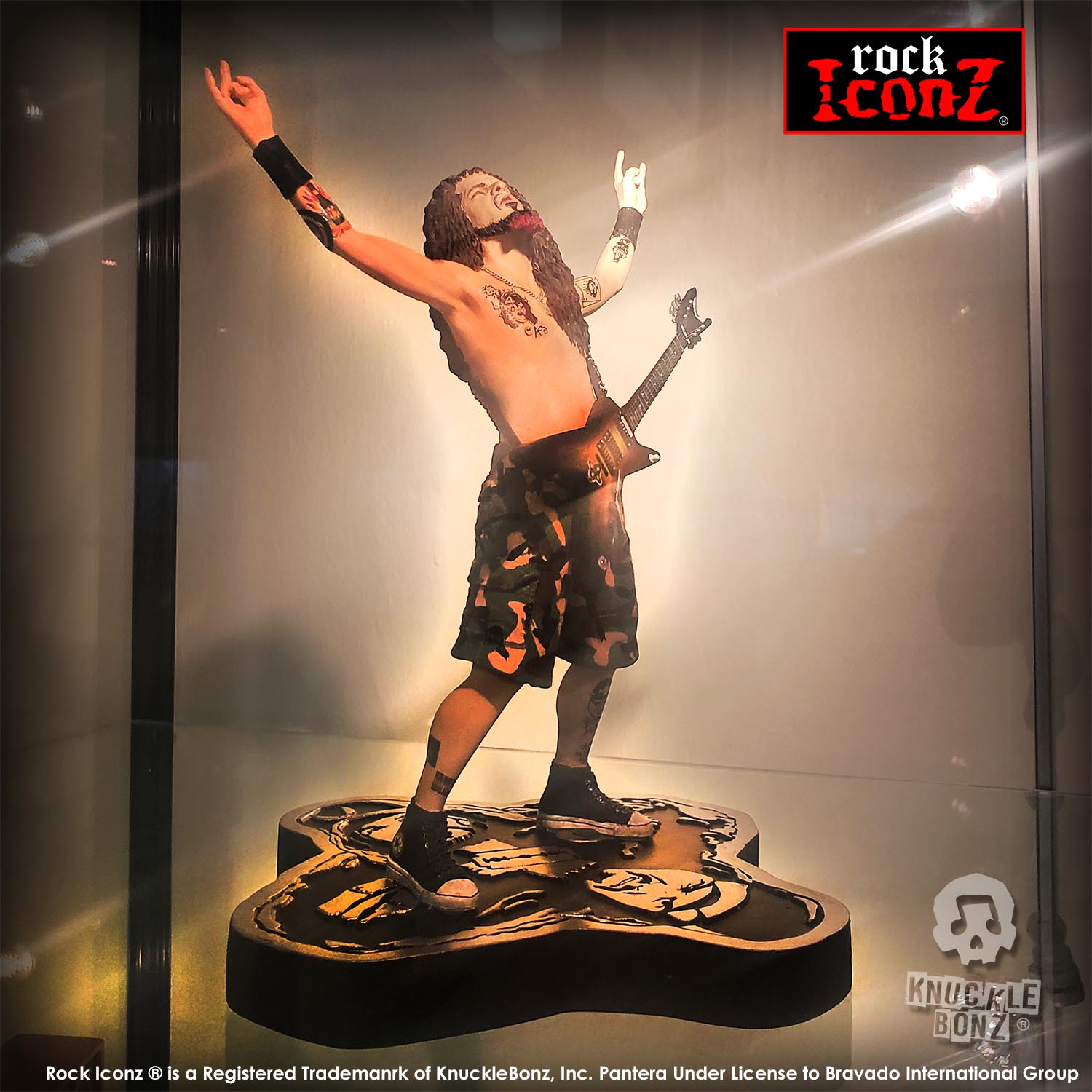 On this day in 2004 we lost Dimebag Darrell. We were up early that day @ 4AM to catch a flight to LA for the photo shoot on Zakk Wylde’s Rock Iconz Statue design at Neil Zlozower’s Hollywood studio. Going out the door we went to check email quickly and happened to catch a small headline on the news feed, “Guitar Player Shot on Stage”. Can still remember the gut punch when reading we had lost Dimebag Darrell Abbott of Pantera. The immediate thought was whether to take the trip or not. It was 4AM and we knew how tight Dimebag and Zakk where. After a brief discussion we decided to go to the plane in the off-chance that Zakk would want to go through with the shoot. We were actually on the plane when the call came in from Blue Grape, Zakk’s management company at the time. They asked if we had heard the news. We answered, Yes, and they explained the shoot was off and Zakk was actually already on his way to Dallas to be with Dime’s family and friends. It was a long trip home from the airport to say the least. I had actually scene Dime live with Damageplan only a couple weeks earlier in Salt Lake City. We was as “god damn electric” as ever. Still can’t believe he’s gone.

KnuckleBonz is hard a work on a new  Rock Iconz® Limited Edition Statue set for Pantera from the “Reinventing the Steel” era. Stay tuned here on on official KnuckleBonz and Pantera social media for details.

Miss you brother! Shred in Peace.