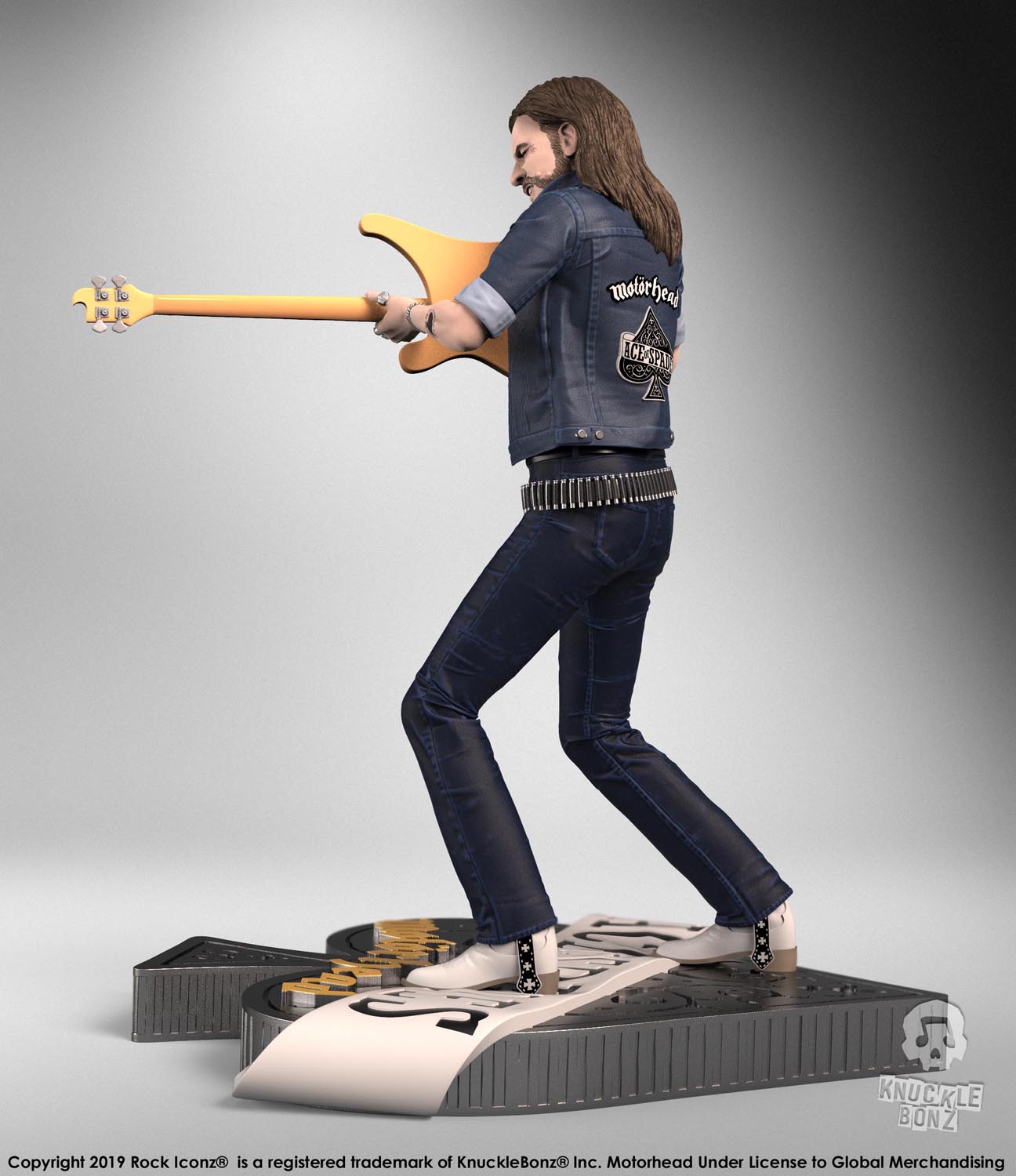 Our 3rd Motorhead Lemmy Kilmister Rock Iconz® Limited Edition Statue has been on back order for many weeks now. Please to let all Motorhead Superfans know that a new lot of this KnuckleBonz® Collectible has is finished and on the way to our US warehouse. If we don’t experience delays at our ports Lemmy III should begin shipping again sometime in February. This will be the last production run for this Motorhead Rock Iconz Limited Edition, so get in the order queue to hold your spot….Don’t Miss Out.

Lemmy Kilmister began his musical career in the early ‘60s  before finding fame with the pioneering space rock legends Hawkwind. After departing in 1975, Lemmy formed Motörhead and would go on to create a non-stop 40+ year barrage of the loudest music in the world. This would combine his love for the roots of rock ‘n’ roll and heroes like Chuck Barry and Little Richard, with an innovative quality that would spawn a new level of speed and aggression. A straightforward, no-nonsense style of bass playing and song writing found favor with both rockers, and the emerging punk scene of the late 70s. This new, raw prototype sound was the progenitor of modern heavy metal. Lemmy, and, Motörhead had triumphantly forged new ground and laid the foundation that speed/thrash metal would follow. What magnificent bastards, eh?!!!