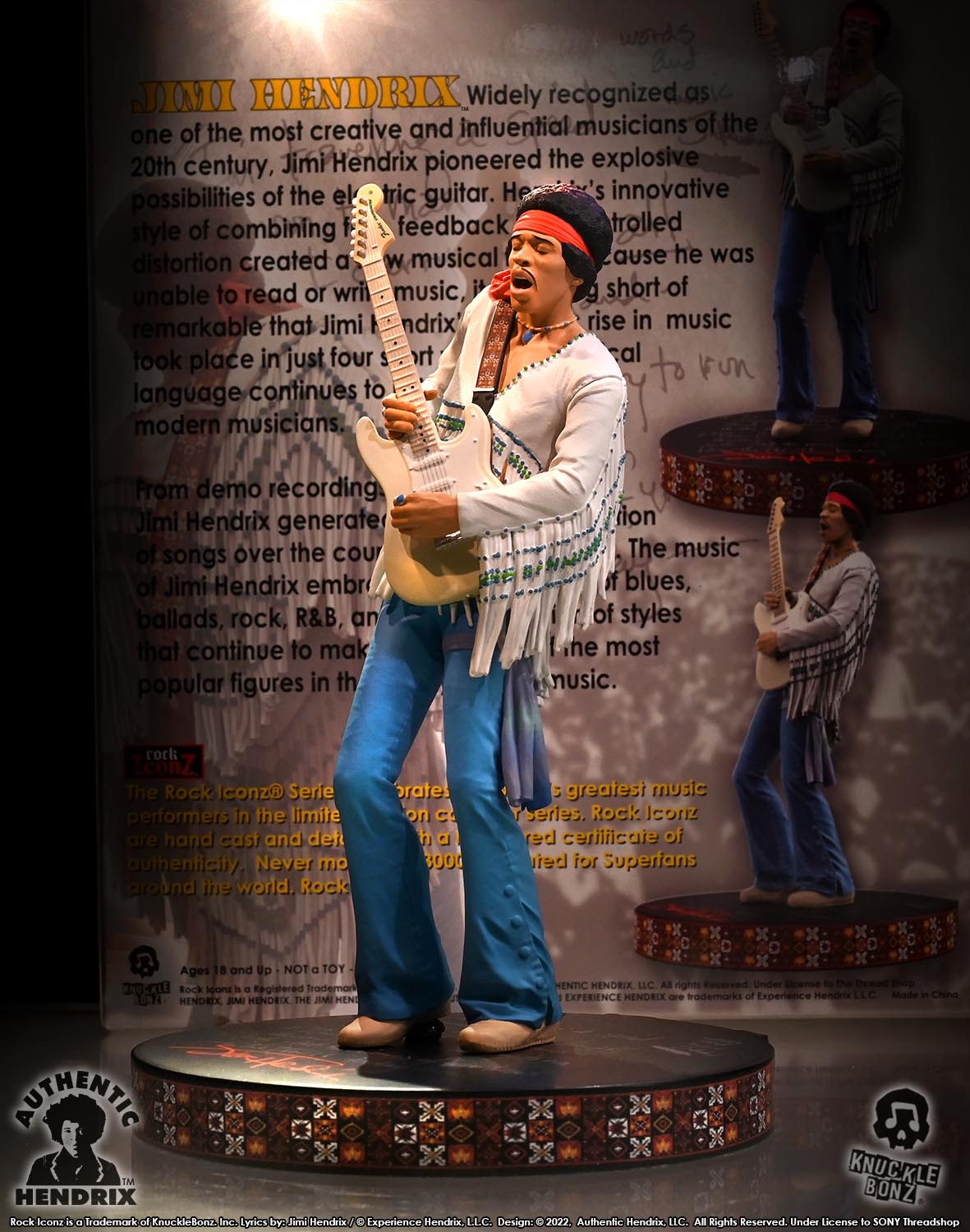 Super excited and proud to announce our 3rd Ltd. Edition Statue working with Authentic Hendrix and SONY Threadshop. Limited to not more than 3000 hand-cast statues worldwide, Jimi appears as he did on 9:00 AM August 18th 1969 at that little outdoor music festival in upstate New York, Woodstock.

Watt fans knew as the Jimi Hendrix Experience was in a state of change at this point in Jimi’s career. He had assembled a new band for this performance that included The Experience original drummer Mitch Mitchell along with some of Jimi’s buddies Larry Lee and Billy Cox from his jamming days as part of the US Army.

As Hendrix fans will know and remember, Jimi was slated to close the festival at midnight on Sunday, but operational delays did not allow him to take the stage until early in the AM on that Monday. Most of the estimated 500,00 fans had already split. The remaining 40,00 were treated to one of the most memorable live sets in music history. When you watch the performance footage, it is striking how relaxed Jimi looks after being in a holding pattern throughout the night. He was in fine form…amazing.