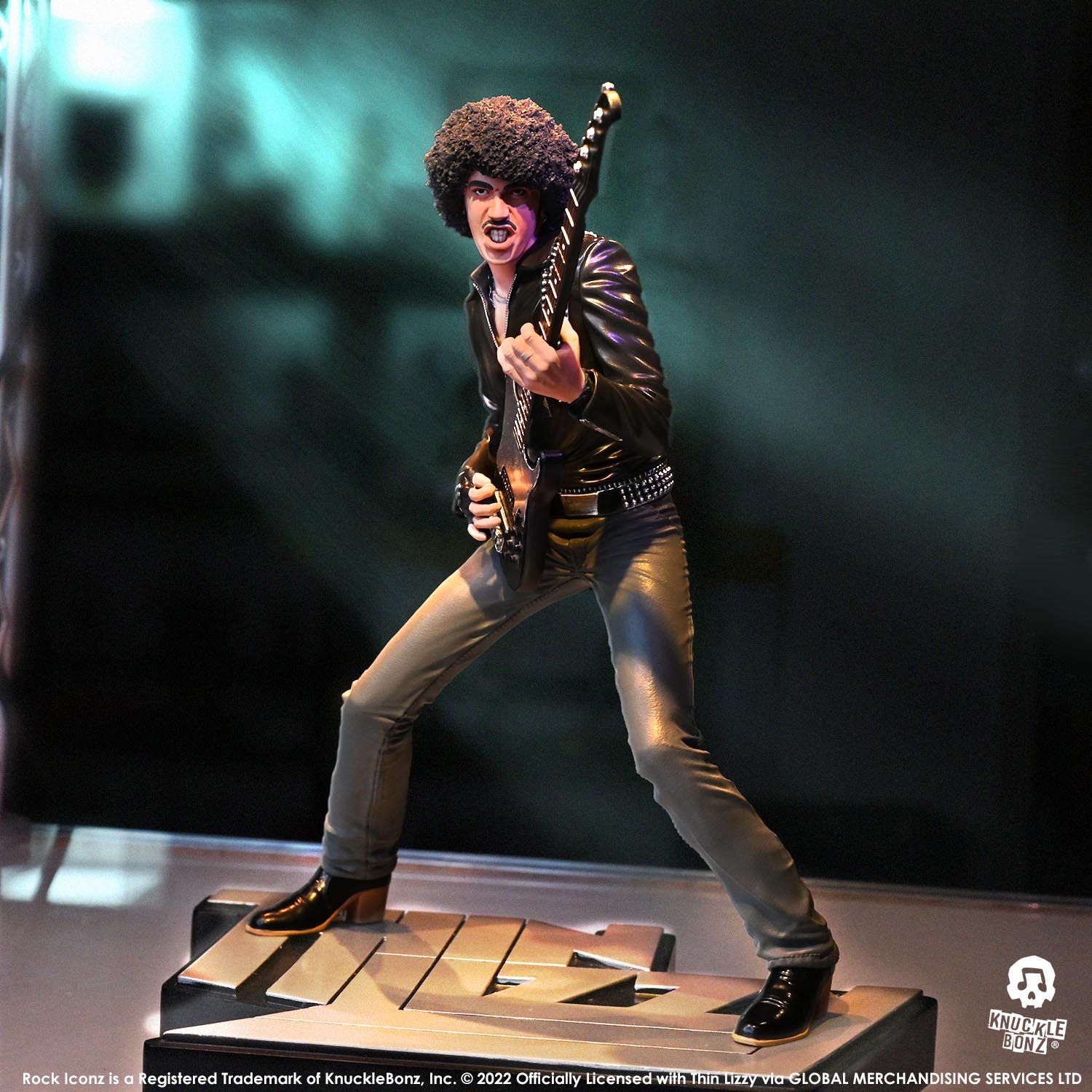 The passing of Phil Lynott, the amazing frontman, song writer, rocker of Thin Lizzy, left a gaping hole in the hearts of rock fans around the world. Now, nearly four decades later, his legacy lives on through an incredible tribute from KnuckleBonz: The Thin Lizzy Phil Lynott Rock Iconz statue.

This year marks the 40th anniversary of Thin Lizzy’s seminal live album, “Live and Dangerous“. Recorded over two nights in London and Toronto in 1977, the double-album captured a unique moment in rock history – the band at their most powerful, with Phil Lynott serving as their driving force. The setlist from this historic live recording is blur print for hard rock:

Dancing In the Moonlight

Still In Love with You

The Boys Are Back in Town

Pick up this amazing release of Thin Lizzy Live and Dangerous later this month from your favorite record store this month.