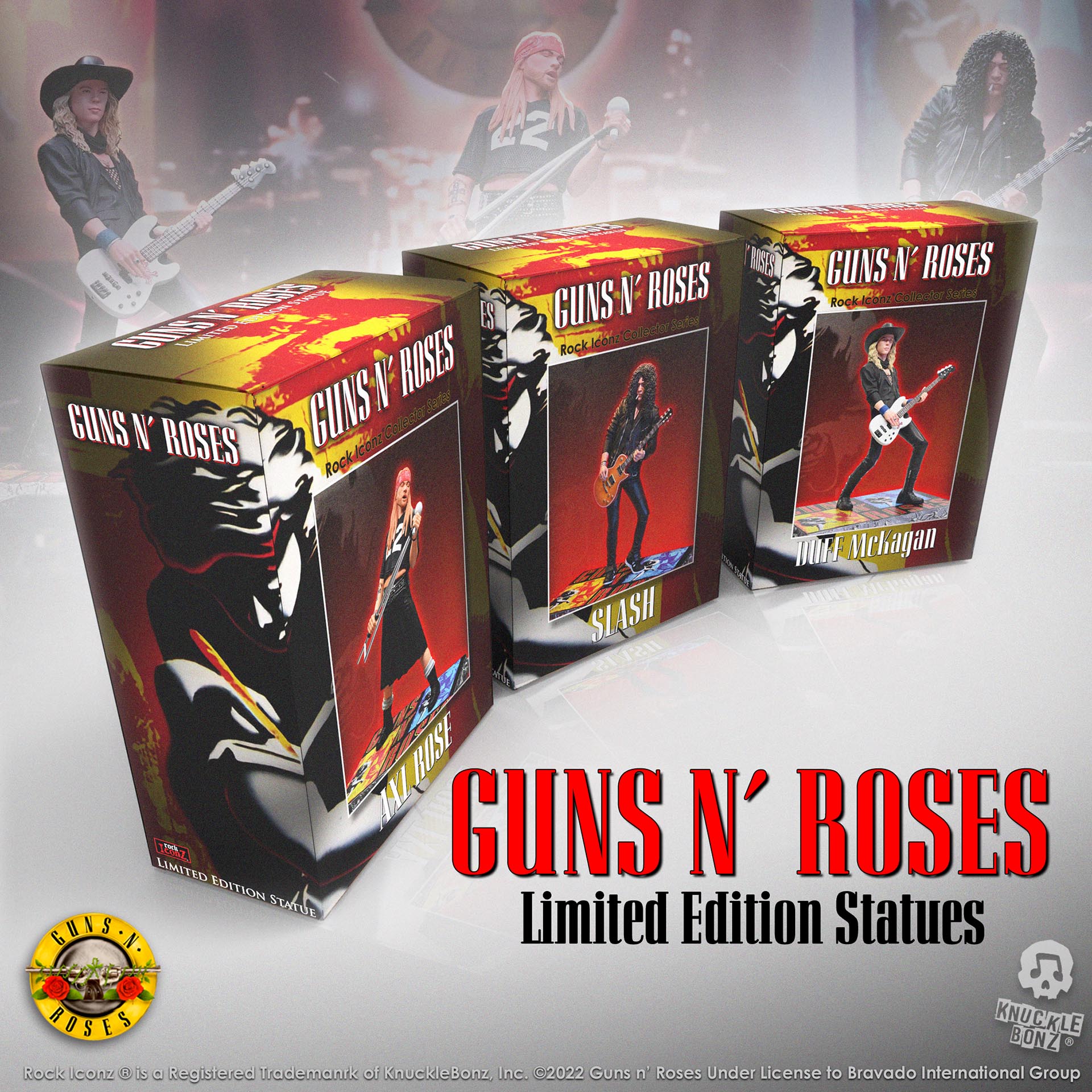 Just got the band’s approval on our new Guns N’ Roses box designs from the band so wanted to share with you hard core KnuckleBonz Krew that tune in here to our Blog.

These designs capture the band from the early 90s, Use Your Illusion era, when GNR was the #1 act in the world headlining festivals and playing to stadium crowds. Hard to believe it was on 5 years or so removed from the debut of Appetite for Destruction. It’s a long way from the Sunset Strip…

Axl Rose’s design has him in the black kilt, combat boots and football jersey. The #22  jersey is honoring the great QB Paul Crewe with the “Mean Machine” design on the back.  Check out the original Longest Yard film from the 70s if you are not following.

Slash’s Rock Iconz Statue  is actually our 3rd design with him. You’ll note Slash does not have his hat in this limited edition. The previous 2 designs from KnuckleBonz had Slash with the signature top hat.  We decided to create him as he mostly appears when you see him live. GNR fans will know he actually only has his hat on for brief moments during a live show. It’s just too damn hot to wear it more than that when under the heat from the lighted stage. We always strive to create live performance moments in our work.

Duff McKagan KnuckleBonz design is looking tall and lean in his black suit and black cowboy hat. Just a great silhouette in this statue design.

Guns N’ Roses Limited Edition Statues from the KnuckleBonz Rock Iconz Series can be orders as a set of 3, or individually. Check out all the GNR collectibles from KnuckleBonz Here