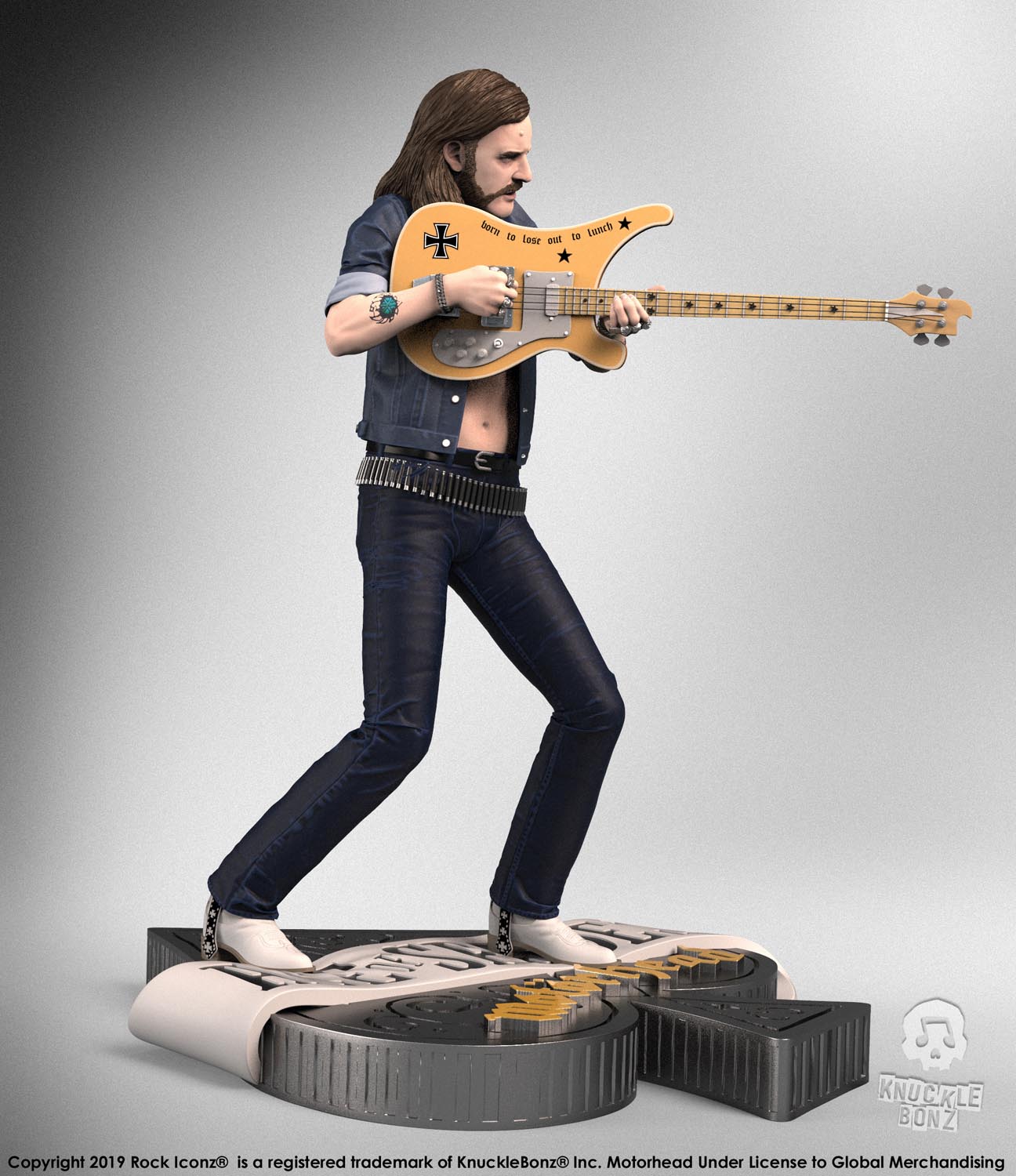 Lemmy Kilmister began his musical career in the early ‘60s with acts such as the Rockin’ Vickers and Sam Gopal before finding fame in the pioneering space rock legends Hawkwind. After departing in 1975, Lemmy formed Motörhead and would go on to create a non-stop 40+ year barrage of the loudest music in the world. This would combine his love for the roots of rock ‘n’ roll, and heroes like Chuck Berry and Little Richard, with an innovative quality that would spawn a new level of speed and aggression. A straightforward, no-nonsense style of bass playing and song writing found favor with both rockers and the emerging punk scene of the late 70s. But, the meat-on-this-bone also appealed to heavy metal fans.  Motörhead had forged new ground and laid the tracks that speed/thrash metal would follow.  Lemmy and Motörhead had created something that went beyond a single musical category, something that stood alone, and something that remains true today almost 2 years after losing Lemmy in late 2015. His war cry will never die….

“We are Motörhead, and We Play Rock n Roll!

See all the current Rock Iconz, 3D Vinyl® and On Tour Collectibles at www.knucklebonz.com