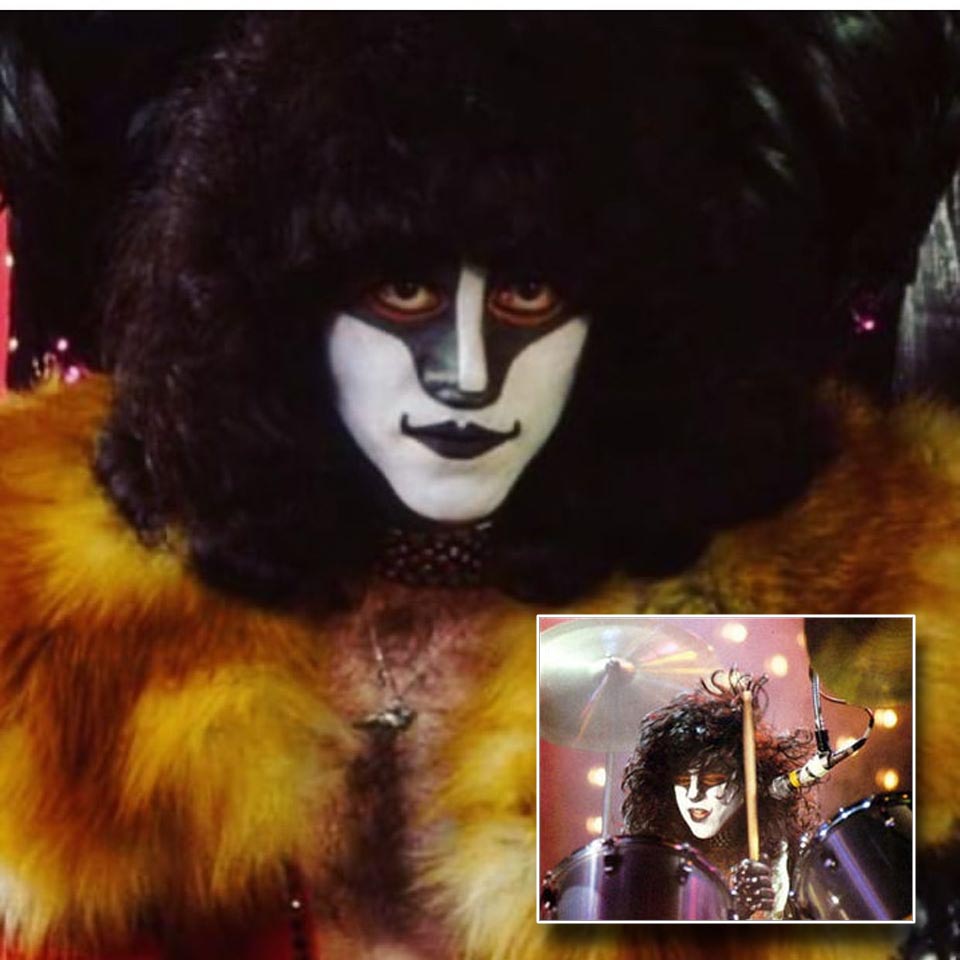 May 1980, Peter Criss takes part in a 1-day video shoot for the KISS single “Shandi”. KISStory reports that, unbeknownst to Peter, he had been let go sometime earlier via a band meeting vote by Gene Simmons, Paul Stanley, Ace Frehley and manager Bill Aucoin.  The band’s European your had to be put on hold as they search for a new drummer.

Eric Carr was encouraged by a friend to submit a tape to audition. He did, and this sets in motion the first ever KISS lineup change. Carr’s audition cassette tape was the KISS single “Shandi” using not only his drumming, but his vocals. It was obviously well received and Carr was the last to audition. Eric said the audition went great as he knew the KISS songs and arrangements really well, actually having to prompt the band on a few occasions. Paul Stanley says, that Carr was never actually told he had made it into KISS, only that they had a tour that was starting in 2 weeks. He had not only to prepare for a headlining tour, his first ever, but they had to create a new stage persona. After a couple of failed concepts, The Fox was born and Eric Carr would provide the backbeat for KISS for the next decade until illness took him at the end of 1991. Eric Carr was born on this date in 1950…Never Forgotten.