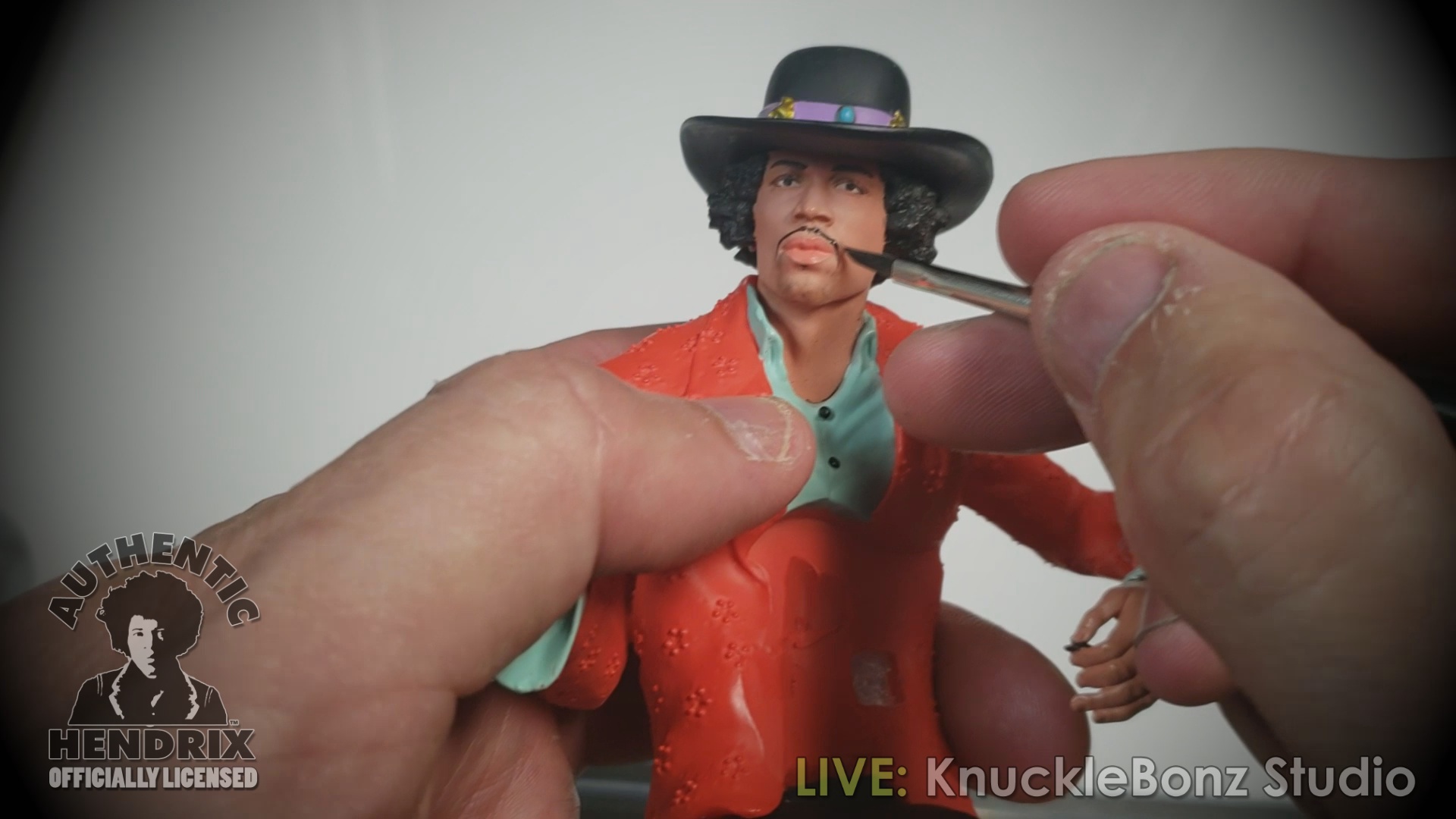 Here at KnuckleBonz, we take pride on traveling the  while creating the Rock Iconz® and 3D Vinyl® Collectible Series. This was our thinking when releasing our most recent Jimi Hendrix statue. We always look to give fans and collectors something that others might not value or ignore because it’s not the most popular. We do this because we are super fans 1st and create things that we want to have in our own collections. Our 2nd design of Jimi Hendrix captures the original Guitar Hero from his 1968 documentary film performance of “Hear that Train a Comin.” An iconic moment for Jimi in his dashing red jacket and hat, but certainly not the most well published image of Hendrix. This is the only film of Jimi performing this country-blues inspired song, and the only known footage of Jimi playing the acoustic 12-string guitar. Sculpting Hendrix seated on the very slight legs of the wooden stool used in this performance presented some special problems that we had to solve for shipping and assembly. We really dig the way this Rock Iconz statue appears in a lighted display and it also photographs really well. You get the great “live music moment” that we always strive for in the Rock Iconz series. Check it out and travel back to 1968 with Jimi Hendrix and KnuckleBonz here https://knucklebonz.com/product/jimi-hendrix-ii-rock-iconz-statue-2/