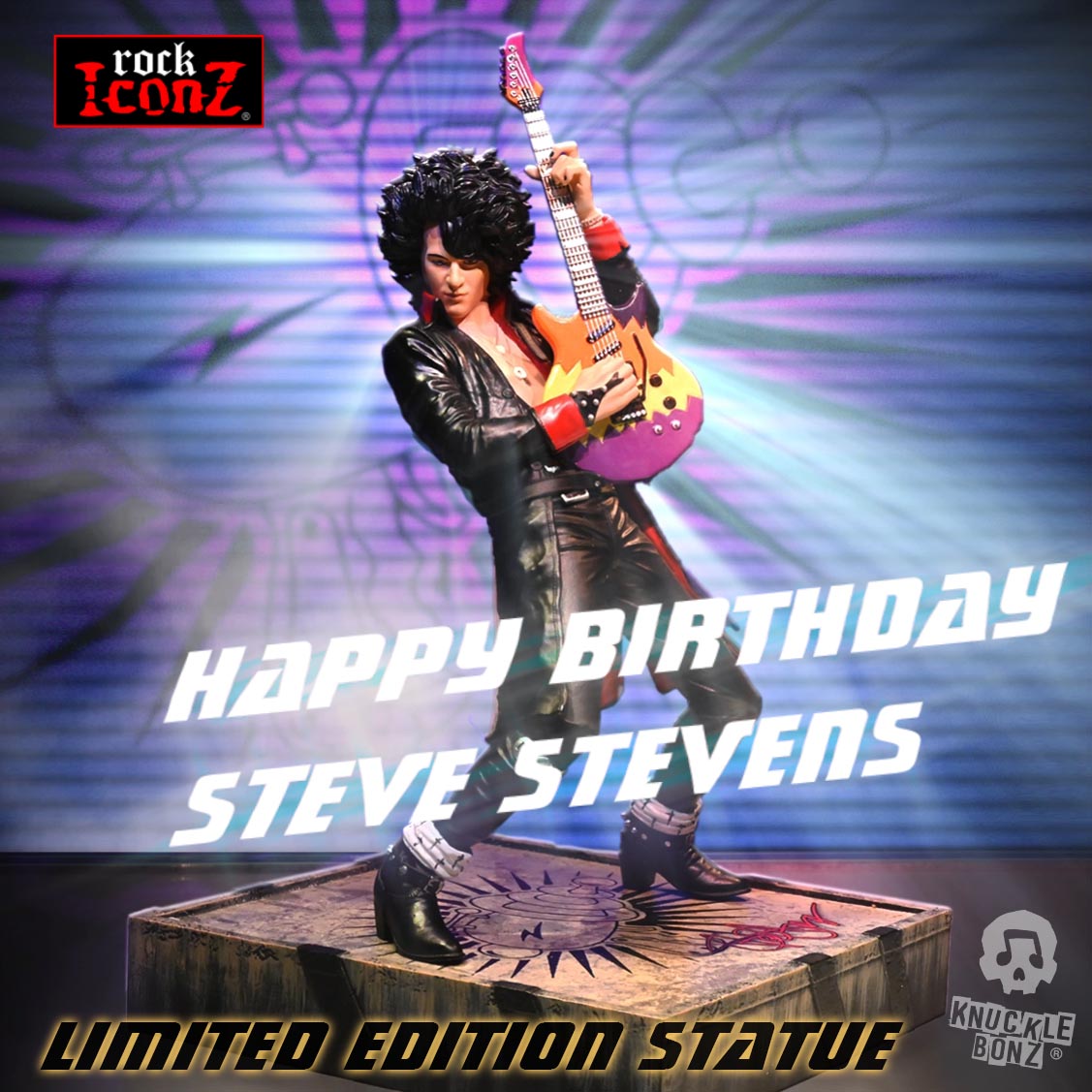 Happy Bday to Guitar Star Steve Stevens. We are fortunate to be working with Steve now and have just started shipping his new KnuckleBonz Rock Iconz Ltd. Edtion Statue. This is one of the fav designs here at the KnuckleBonz Studios.

You can ORDER HERE

In 2022 Stevens will release new music with Billy Idol, with an extensive international tour to follow.