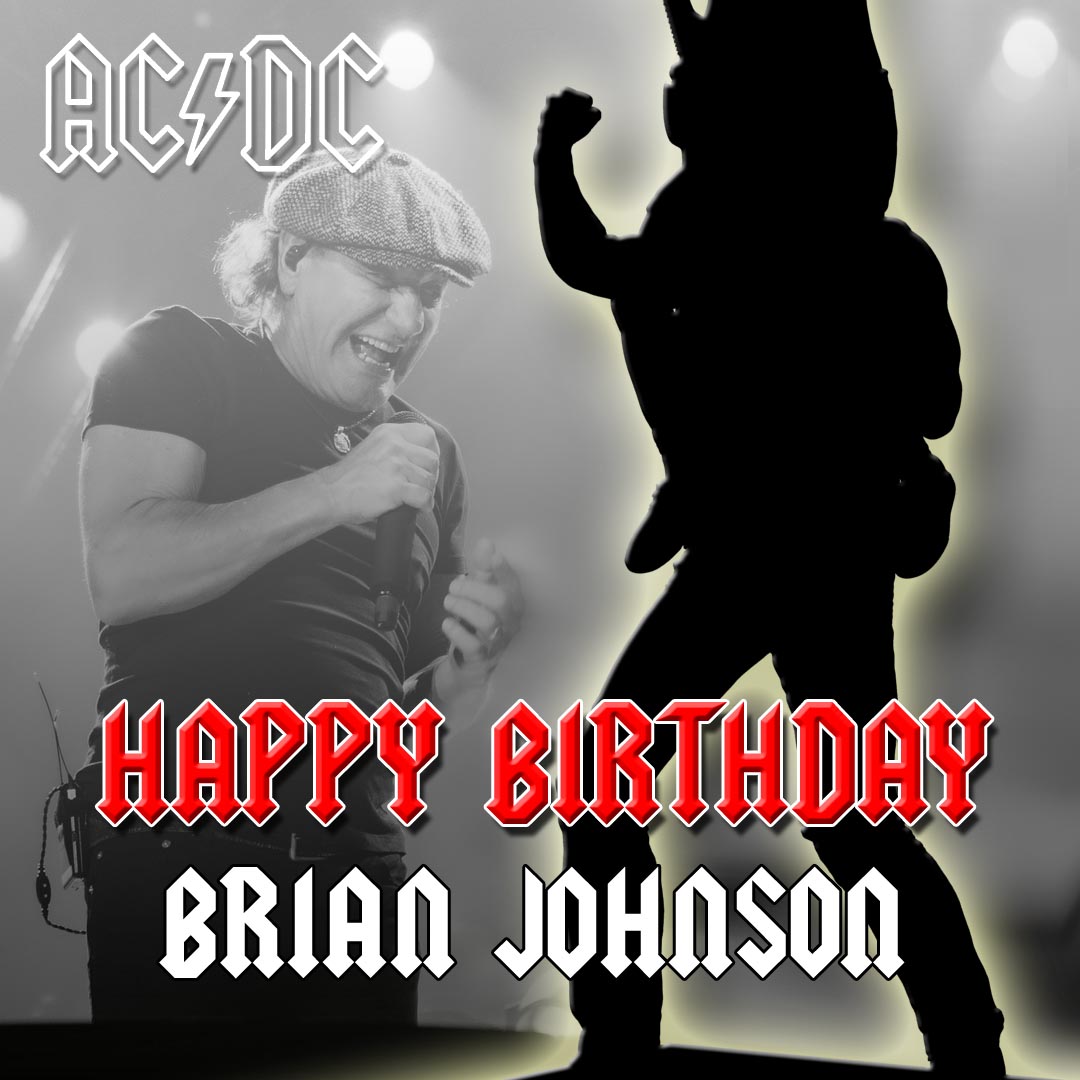 Born on this day in Dunston, England: Brian Johnson, began as lead singer with the band Geordie, before he  joined AC/DC in 1980, after the death of Bon Scott. Brian first appearing on the AC/DC 1980 masterpiece Back In Black, which has now sold an estimated 50m copies worldwide. Johnson‘s first group was called Gobi Desert Canoe Club. Bon Scott had first seen Johnson singing onstage, which included Brian screaming at the top of his voice, rolling around on the stage, and finally being carried off. Scott didn’t know that Johnson was then taken to hospital, where he was diagnosed with appendicitis. Little did he know he would replace him in AC/DC.

Check out all the officially licensed AC/DC KnuckleBonz Rock Iconz® and On Tour Collectibles at www.knucklebonz.com