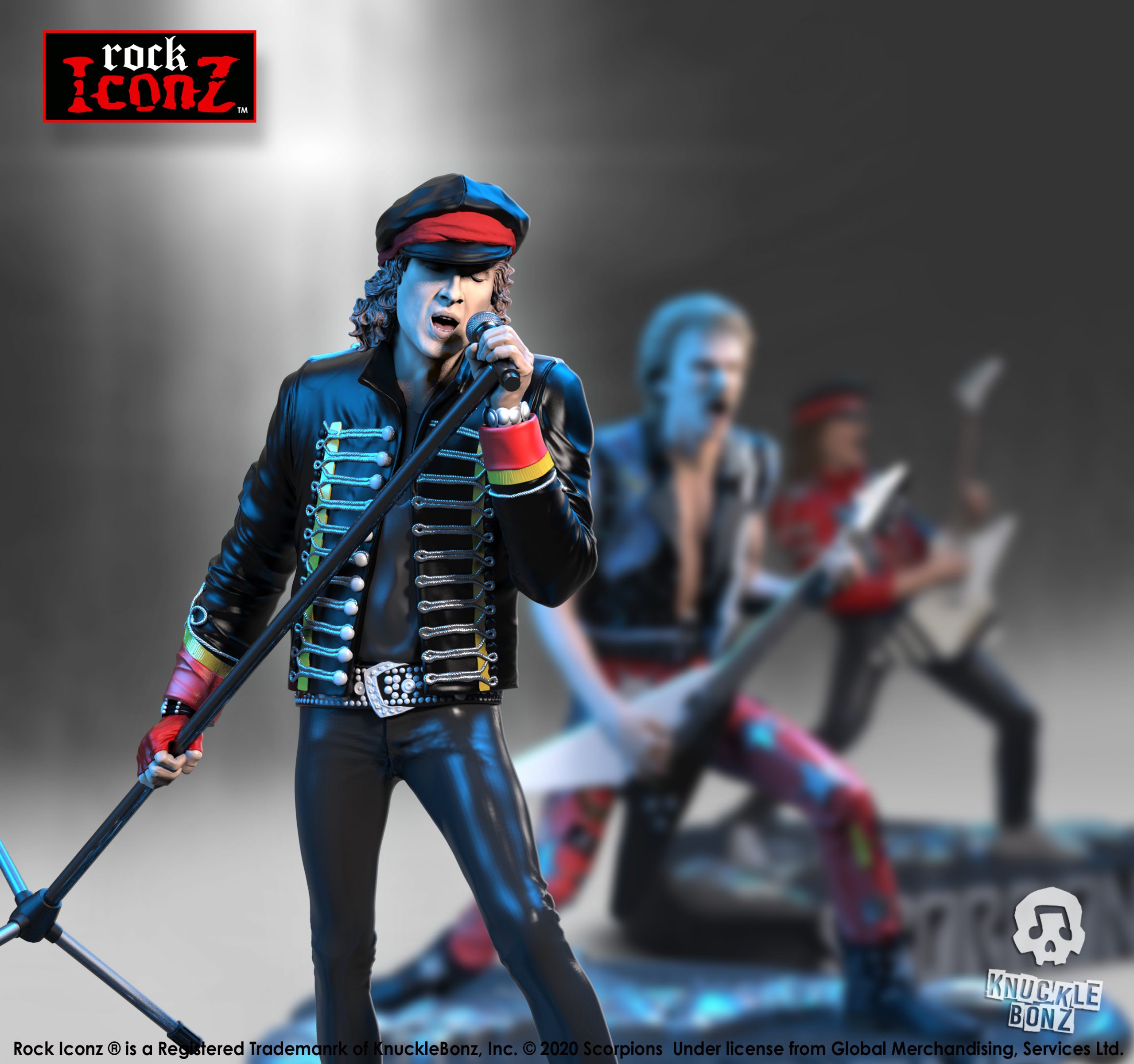 Scorpions were founded in Hannover Germany in 1965 by Rudolf Schenker.  From the outset, the band has laid down hard rock and heavy metal that has excited fans across the planet. The soaring vocals of  Klaus Meine along with the dual guitar attack of Rudolf Schenker and  Matthias Jabs has been the engine driving classic albums such as “Lovedrive, Blackout, Love at First Sting” and many others. Perhaps no other band in rock history has been able to master hard driving riffs alongside power ballads.  In 1988, Scorpions were the first major rock band to play in the Soviet Union with (10) SOLD OUT shows. The following year, they headlined the Moscow Music Peace Festival which was the inspiration for this statue design.  Scorpions have influenced countless contemporary bands and to this day remain a stadium and festival headliner. Scorpions celebrated their 50th anniversary in 2015, and there is no end in sight with new tour dates to come.