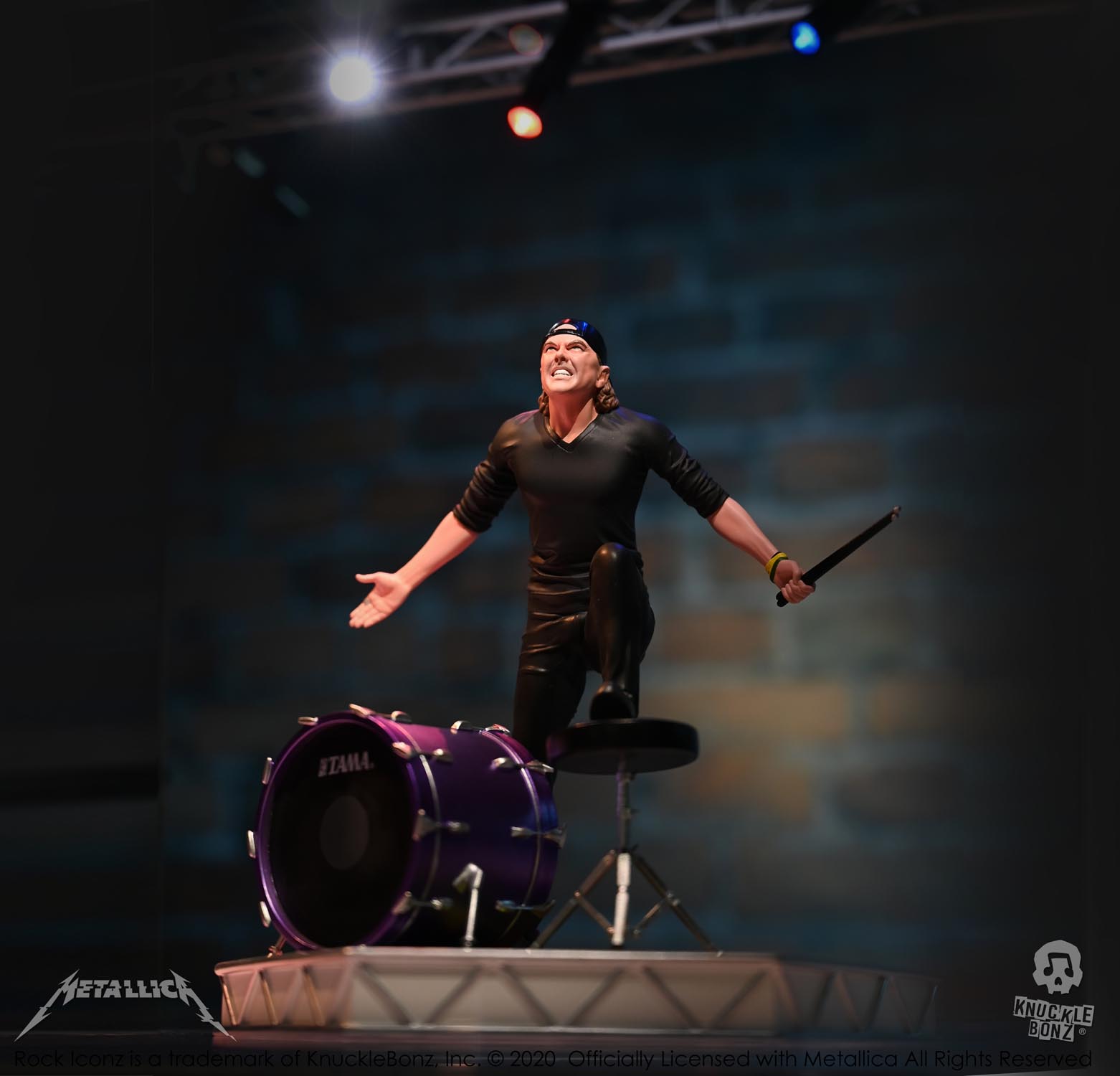 LARS ULRICH celebrated a birthday this past weekend. A belated birthday wish from us here at KnuckleBonz. The Rock Iconz® Collectibles Statue Series Salutes You!

Drummer Lars Ulrich is the percussive-dynamo driving Metallica. Born on December 26, 1963 in Copenhagen, Denmark, co-founder Ulrich is obsessed with all aspects of Metallica’s world, tirelessly making sure that the band continues to grow and push musical boundaries, and proudly retaining an encyclopedic knowledge of their history. Ulrich’s unique ability to consistently reinvent himself as a world class drummer via developments in style and approach continues to entertain and inspire legions of fans.

Production has wrapped on the 1st set of Metallica Rock Iconz Collectible Statues and we are going thru all the slings and arrows of outrageous fortune to get them into our USA warehouse to ship to all the Pre-Orders. Stay tuned here for updates.

Ckeck out all the KnuckleBonz Rock Iconz, 3D Vinyl® and On Tour® Collectibles here: www.knucklebonz.com