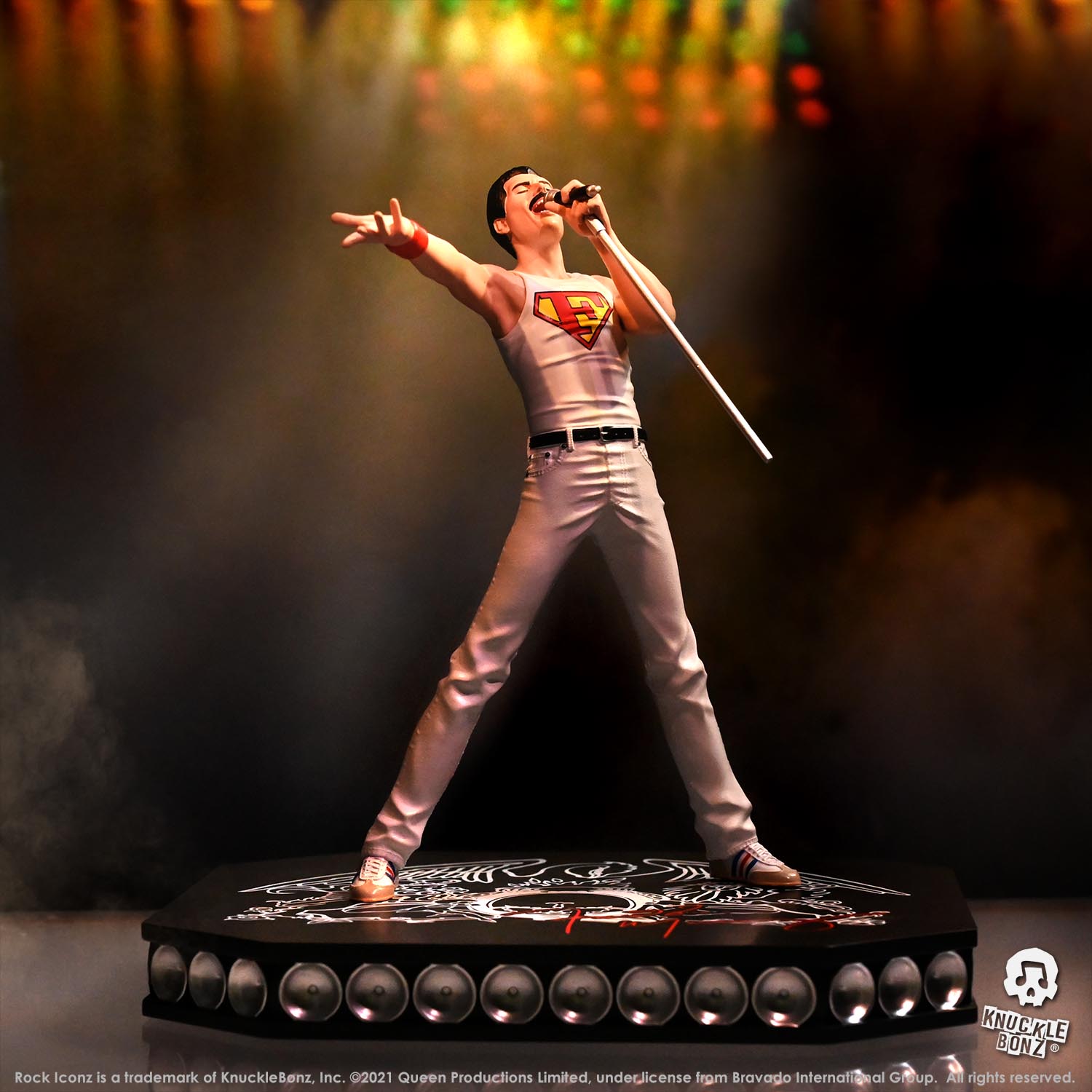 The life of Farrokh Bulsara began on the East African island of Zanzibaron September 5, 1946. 25 years later in London under the name of Freddie Mercury, he was fronting the now legendary rock group named Queen.

The Bulsara family moved to Middlesex in 1964 and from there Freddie joined up with a blues band called Wreckage while studying graphic design courses at Ealing College of Art. While singing for Wreckage, a fellow student introduced Freddie to Roger Taylor and Brian May, founder members of a band called Smile. Smile metamorphosed into Queen when Freddie joined Roger and Brian as the lead vocalist. The final member of the band, which was to stay together for the next 20 years, was bassist John Deacon, who joined the band on 1st of March 1971.

The rest is rock history. EMI Records and Elektra Records signed the band and in 1973 their debut album Queen was released and hailed as one of the most exciting developments ever in rock music. Very soon Queen’s popularity extended beyond the shores of the UK as they charted and triumphed around Europe, Japan and the USA where in 1979 they topped the charts with Freddie’s song Crazy Little thing Called Love. Freddie Mercury, who majored in stardom while giving new meaning to the word showmanship, left a legacy of songs, which will never lose their stature as classics to live on forever.

Despite twenty years having passed since Freddie lost his life to HIV complications, he remains in the minds of millions throughout the world as one of the greatest artists we will ever see.

We are at the end of the release of our 2nd KnuckleBonz Ltd. Edition Statue. No FoMO ! You can order Freddie Mercury here

All KnuckleBonz Rock Iconz statues are officially licensed, limited edition collectibles. This is a fine-arts production process where each statue is hand-cast, painted and numbered. Rock Iconz are created in 1/9th scale making them 8 to 9 inches tall. Each statue comes with a certificate of authenticity on the base of the statue.