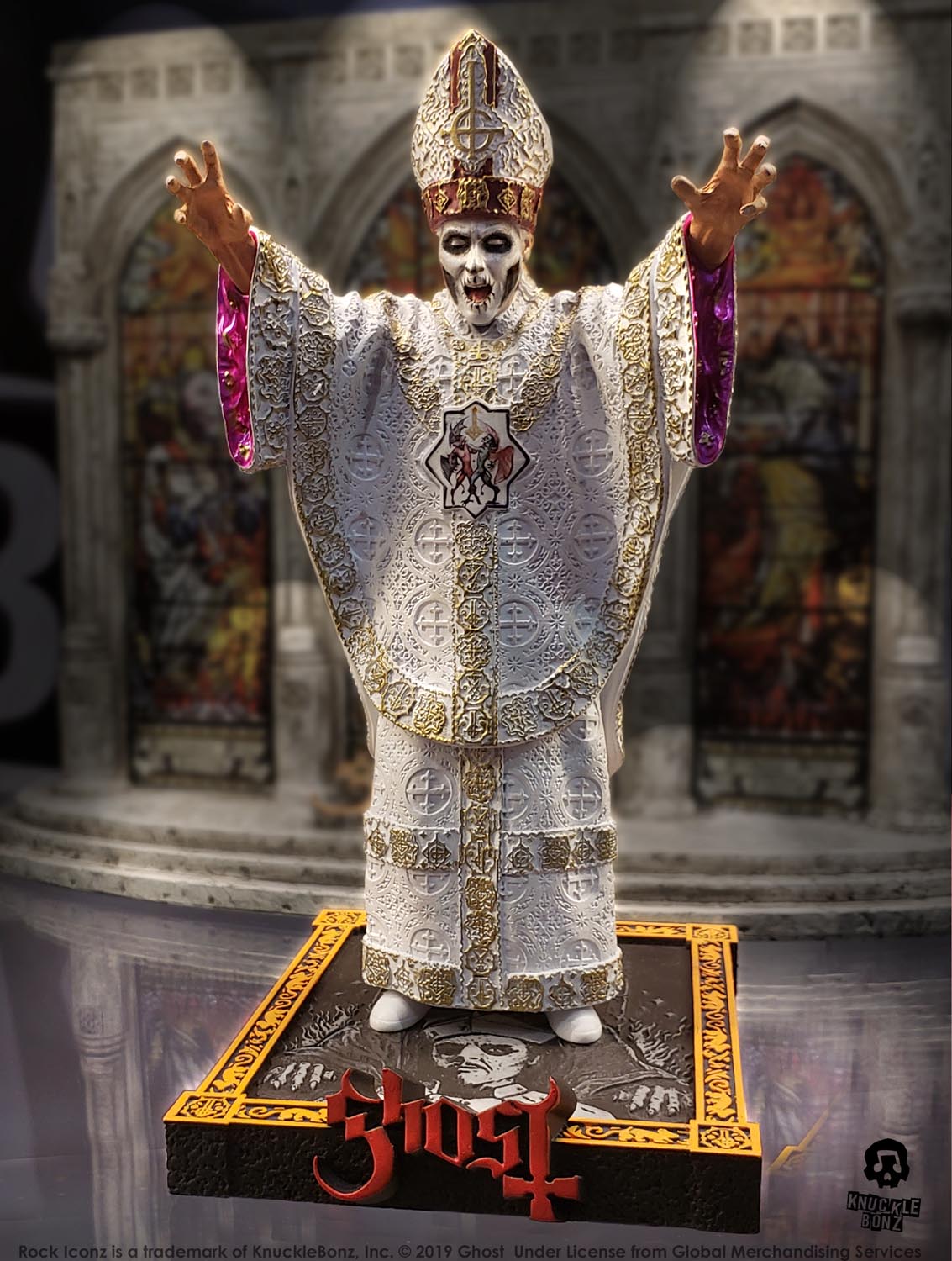 With the bloodline of Papa Emeritus at an end, Papa Nihl tapped Cardinal Copia to lead the band through a tumultuous time for the GHOST faithful. Many thought Cardinal Copia would earn the right to ascend and perhaps become the new Papa Emeritus. He had so such promise. However, those hopes for fans of the Cardinal were dashed in Mexico City on March 3rd, 2020 with the coronation of Papa IV.

During a time of pandemic and global strife. What part does Papa Nihil have to play? Stay tuned as KnuckleBonz creates new Rock Iconz® collectible statues. Papa Nihil and the Nameless Ghoul Guitarists Rock Iconz statues are now in production. Also coming to Ghost fans worldwide is a new “On Tour” limited edition statue of the “The Ultimate Tour Named Death” stage backdrop.

Each KnuckleBonz Limited Edition  is hand-crafted. Only 3000 pieces created. All Rock Iconz statues are officially licensed, limited edition collectibles. This is a fine-arts production process where each statue is hand-cast, painted and numbered. Rock Iconz are created in 1/9 scale make each 8 to 9 inches tall. Each statue comes with a certificate of authenticity on the base of the statue. Check the work out at www.knucklebonz.com