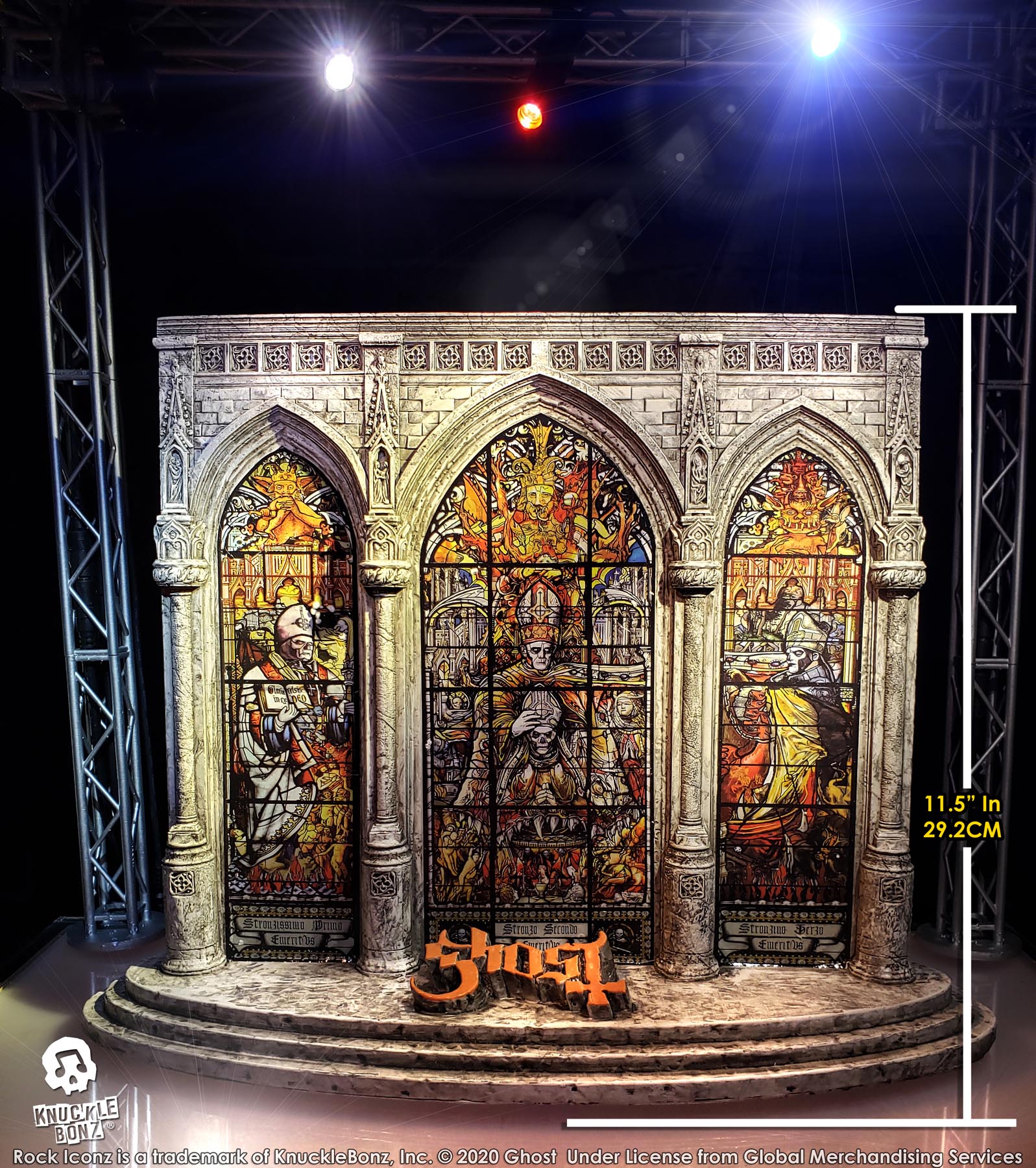 Ghost launched the “A Pale Tour Named Death” in September of 2018 at the Royal Albert Hall in London and played with many of metal’s biggest bands. This was also headlining tour with the most elaborate stage show in the bands 14-year history. The Ghost stage was consumed by a floor to ceiling stone façade with beautifully ornamented stain glass windows that told the story of the current state of the Papa Emeritus bloodline.  The stage set was also the backdrop for the latest drama in Mexico City 2020 which saw the demise of both Carinal Copia and Papa Nihil. Amidst this woe, came rays of hope with the arrival of Papa Emeritus IV. The Clergy are filled with anxious anticipation for the next chapters that will play out in the coming months…years. “ From the pinnacle…to the pit! ”

The Rock Iconz® “On Tour” Series brings music fans and collectors moments in and around the world’s great live performances and world tours. Each On Tour collectible is hand detailed and is an officially licensed limited edition.

Rock Iconz ® is a Registered Trademark of KnuckleBonz, Inc.  ©2020 GHOST is under license to Global Merchandising