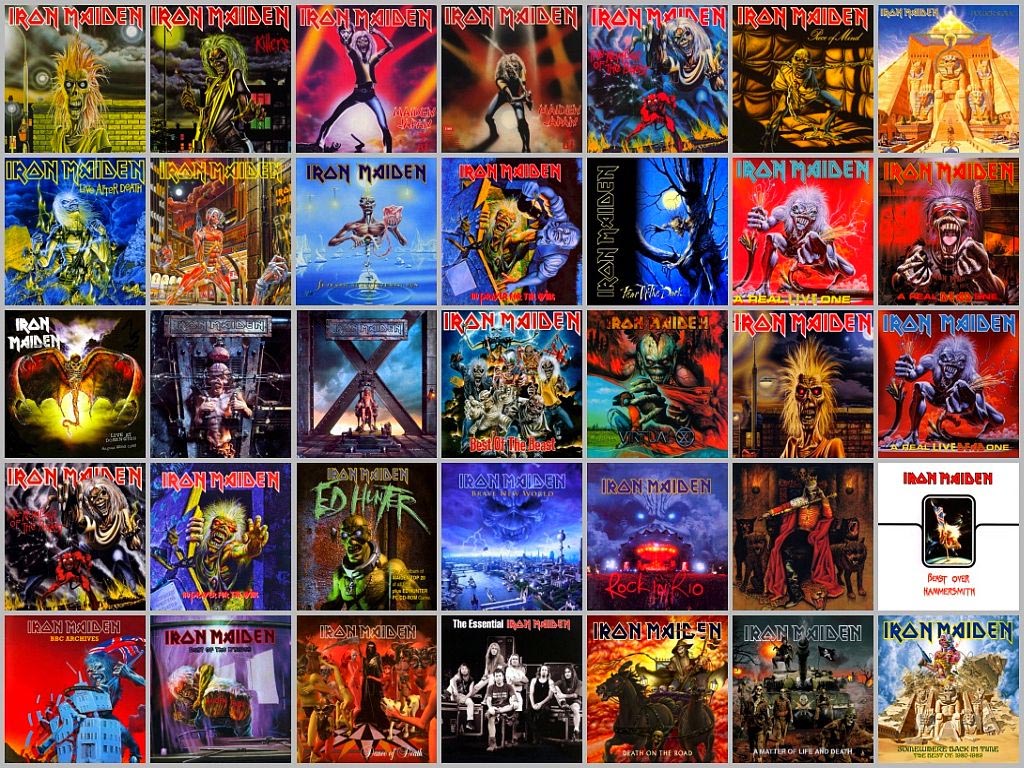 Iron Maiden fans have had their own community and fervor for the band since the early days in the UK before they were recording and touring. That commitment only grew when they began to release studio albums and we got our first glimpse of Eddie the Head. Since that time, every true Iron Maiden fan has a favorite album cover and can remember where they 1st saw the art, bought the record, and dropped the needle. The interesting thing here is two of Iron Maiden’s most popular versions of Eddie, and favs here at KnuckleBonz®, where not album covers at all…they were covers on singles.   “The Trooper” off Iron Maiden Piece of Mind 1983 and “Aces High” from Powerslave 1994 were released first as sleeves on these amazing single tracks, back when there where singles on Vinyl. We must admit, we never really bought singles so the first time we saw these iconic images was in the press and on tour merch going to the shows…so much to enjoy from Edward the Great and Iron Maiden. Drop the needle today!